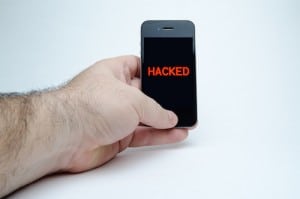 Access to encrypted iPhone data is the basis of the current Apple vs FBI legal battle. But are we been told the full truth? Is this just public relations?

is the basis of the current Apple vs FBI legal and technological battle. The United States FBI (Federal Bureau of Investigation) has sent Apple Inc., maker of the iPhone (and the iOS software that goes with it), an order to help them access the data on it. The FBI seized the iPhone of a suspect in the San Bernardino mass shooting (another false flag event), but they claim they are unable to access the encrypted content on it. They further state that Apple, and Apple alone, has the exclusive technical means to unlock the encrypted iPhone data in this situation, and so now, they are ordering Apple to do so. Edward Snowden has called this “the most important tech case in a decade.” However, something smells fishy about this story …

First of all, here is some of the text from the legal order:

“Despite both a warrant authorizing the search and the phone owner’s consent, the government has been unable to complete the search because it cannot access the iPhone’s encrypted content. Apple has the exclusive technical means which would assist the government in completing its search, but it has declined to provide that assistance voluntarily. Accordingly, the government respectfully requests that this Court issue an order compelling Apple to assist in enabling the search commanded by the warrant.”

Whenever you read a story on the Mainstream Media, you have to run it through your own truth filters to see if it adds up. In this case, here are a number of questions about the case:

1. Why would we assume that Apple is doing this for principled reasons? At the every least, they would be doing it as a business move to become a “key market differentiator” by trying to set themselves apart from other tech companies as a company that really cares about consumer privacy. However, did you know that Apple has unlocked encrypted iPhone data for the Feds 70 times in the past?

2. How do we know for sure that the FBI can’t already hack into encrypted iPhone data? We are told that end-to-end encryption is currently unbreakable by intelligence agencies like the FBI, CIA and NSA. But who’s to say they haven’t already worked out how to do it, and are keeping it secret?

3. Could this be a big public relations charade on both sides – Apple to pretend it really cares about consumer privacy, and the FBI to put on a show that it can’t hack end-to-end encryption and encrypted iPhone data, when it really can? 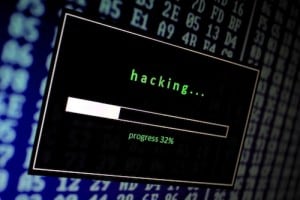 The NSA are hackers extraordinaire, with a massive budget, raw computing power and the best and brightest mathematical minds. Are we to believe that can’t hack encrypted iPhone data?

4. If the NSA can’t already hack encrypted iPhone data (even with the new iOS 9 which was released on September 16, 2015), then why did Michael Hayden, former director of both the NSA (1999-2005) and CIA (2006-2009), state in this interview that the intelligence agencies essentially figured out a way?

“(In the mid-1990s) we then began the greatest 15 years in the history of electronic surveillance. It didn’t matter – we figured out ways to get around the ‘unbreakable encryption’ … number one, no encryption is unbreakable, it just takes more computing power, and number two … we developed … bulk collection and metadata.”

5. Highly respected researcher and patriot Bill Cooper (who was murdered in November 2001, after predicting 9/11 before it happened on radio) stated emphatically on several occasions that the NSA was completely above the law, and exempt from ANY law unless that law specifically stated in its wording that it applied to the NSA. If this is true, how credible are any claims made by any NSA figures, past or present?

6. Is the FBI only doing this to try to make something legal that they can already do, so there will be legal precedent in future and less roadblocks to their ubiquitous surveillance?

7. Finally, let us remember that San Bernardino was a blatant false flag event, another in a long string of false flag shootings and bombings that have taken place in the US. We already know the Government was behind this, not some Muslim patsies. Is the FBI using this case to gain more sympathy for its cause, playing on Islamophobia and the American public’s gullibility, hoping people will cry out for the FBI to “make it safe” and give up their rights, liberties and privacy in the process?

Previous Article
Permanent War in Syria: US Unleashing Turkey & Saudi Ground Forces to Do What ISIS Can’t
Next Article
We Don’t Need a New President; We Need a New Consciousness and a New System