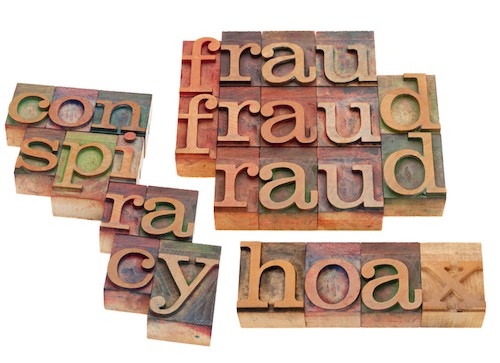 San Bernardino: false flag or false flag hoax? It’s more probable the whole event is a hoax until you see real bodies and blood, given the outright deception of the media.

With the San Bernardino mass shooting

the latest in a long string of staged false flag terror events, there can really be very little doubt to anyone even moderately awake that the event is a false flag operation. The only real question about the event is now whether it was a genuine false flag attack where real people actually died, or whether it’s another false flag hoax where no one actually died. Ever since Sandy Hook occurred on December 12th, 2014, almost exactly 3 years ago, the New World Order controllers have resorted to staging these kind of events with crisis actors, fake injuries, fake blood and fake victims. So, which category did San Bernardino fall into? 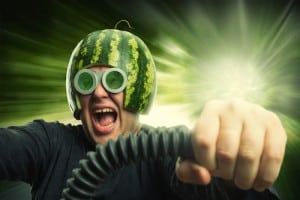 The official motive given for the San Bernardino false flag is utterly absurd.

Just before we get to the question of whether San Bernardino is a false flag hoax or not, take a moment to consider the bizarre official narrative the lamestream-mainstream media is trying to convince the public of. The story (again) is that the shooters were crazy Muslims – more demonization of Islam, Islamophobia and giving the American and Western public another boogeymen to fear and hate. However, this time, there’s a twist. There was a woman shooter – and a young MOTHER at that. That’s right: the MSM wants you to believe that a 27 year old mother, with a newborn baby around 1 year old, dropped her baby off at the grandmother’s house, strapped on some military-grade body armor (despite being 90 pounds) and went off to kill 14 people! She supposedly did this knowing there must have been a huge chance she would either be caught and jailed for life, or killed, and in either scenario potentially separated from her baby forever. And who were these people she needed to kill so desperately that she was willing to give up ever seeing her kid again? People helping disabled individuals and local San Bernardino government health officials?

Seriously? Is this the biggest non-motive ever in the history of mass shootings? If you believe that, I have some beachfront property in Colorado and Switzerland for you.

On the subject of the crazy Muslim theme, we need to be aware that Islam is a massive religion with an estimated 1.62 billion followers. Yes, Muslims using religion as an excuse to steal and kill do exist – but so do people of other religions. Trump got it wrong when he said that Muslims cheered when the World Trade Center got hit; it was actually Jewish Israelis (Mossad). Why do people think that Muslims are the only crazy terrorists? What about the Jewish terrorists that run the Zionist regime of Israel? What about “Christian” terrorists like Tony Blair and George Bush who attack sovereign nations to steal and kill? Bush even framed his whole invasion of Iraq as a Christian crusade of good vs. evil with God on his side. Sound familiar?

Show Me The Bodies

So, with any event like this, we need to start at the basics. Such is the massive amount of fakery in our world, we have to assume these false flag are hoaxes until we seen definitive proof of dead victims. The movie Jerry Maguire made the phrase “show me the money” famous, but in the case, we need to demand “show me the bodies“. Where are the bodies? Where’s the blood?

Some in the alternative media have already done a great job showing that this event may indeed be a false flag hoax. NoDisInfo.com has some good articles exposing the evidence so far. Look at this photo (above) claiming the victims are dummies – and showing the same mysterious bright red blood on the pavement that was present at the Boston Marathon bombings (right). Why are the bodies in the picture so white when the supposed San Bernardino shooters Farooq and Malik are brown-skinned?

Whistleblower and researcher Steven D. Kelley, who is also a weapons expert, said the following:

“If you look at the people that were wounded you can see clearly that bullet wounds are not real. The .223 caliber weapon or bullets fired from AR15 – an extremely powerful weapon — would blow someone’s arm off, it is not going to make a small hole.”

San Bernardino: perfect parallel parking, no skids, with trash can.

How did the San Bernardino black SUV so-called getaway car park so perfectly parallel to the fence with no skidding? How did the trash can magically get there? As Intellihub reports, why were the 2 shooter patsies already dead and hand-cuffed before getting of the black SUV? We have eyewitness reports that the San Bernardino getaway driver was a “regular white dude“! Even the San Bernardino shooters’ family attorney David Chelsey has stated that it just doesn’t add up:

“There’s a lot of disconnects, and there’s a lot of unknowns, and there’s a lot of things that quite frankly don’t add up or seem implausible … she was never involved in shooting, she’s probably about 90 pounds, so it’s unlikely she could even carry a weapon, or wear some type of a vest, or do any of this … they were handcuffed lying face down in this truck, shot up; there’s a lot of things that just don’t make sense. No one has ever seen Syed with any of these things found at at the scene (pipe bombs) … it just doesn’t make sense for these two to be able to act like some kind of Bonnie and Clyde – it’s just ridiculous, it doesn’t add up for these two to have the military skills to carry out something like this … it doesn’t make sense … (The FBI) couldn’t find (any motive) … everyone was totally stumped, frustrated and totally clueless.”

Of course it doesn’t make sense. San Bernardino was a false flag operation! Did you like the way that authorities allowed the media to walk through the alleged shooters’ home and disturb or destroy any possible evidence? If this were a real event, how could that possibly be allowed?

Meanwhile, Beyond the Weapons of Mass Distraction: COP21 and WW3

The NWO manipulators are masters of social engineering. You can see it in their documents like the Protocols of the Elders of Zion and Silent Weapons for Quiet Wars. They know how to take the heat off by throwing out distractions to the press and public. You can be sure the timing of this San Bernardino was intentional. There are at least 2 very important things going on in the world right now. Firstly, world leaders are trying to get the UN to pass universal and legally binding climate change law at COP21 – which if passed would be a drastic and horrible step towards the NWO goal of a World Court and a worldwide carbon tax.

Secondly, the world is inching close to WW3. After having one of its jets shot down in Syrian airspace by Turkey – a massive provocation in anyone’s language – Russia has exposed how the ruling family in power in Turkey (the Erdogans) are blatant thieves and criminals who have been trading oil with ISIS and protecting them (with the full knowledge of the US and Israel, of course). The situation is like a powder keg right now, so let’s hope cool heads prevail, because it wouldn’t take much to trigger World War 3 in the region.

So, as important as it is to analyze and expose the deception surround the San Bernardino false flag operation, it is more important to keep your eyes and ears on the other nefarious schemes the conspirators are cooking up to take the world further towards their stated goal of worldwide totalitarianism.