Permanent War in Syria: US Unleashing Turkey & Saudi Ground Forces to Do What ISIS Can’t

Permanent War in Syria: US Unleashing Turkey & Saudi Ground Forces to Do What ISIS Can’t 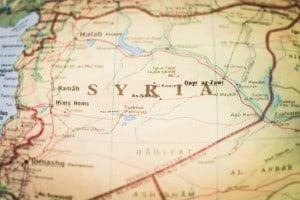 Permanent war in Syria continues, and looks to become even more entrenched with Saudi Arabia (about to send) and Turkey (currently sending) ground forces in.

continues, and with recent news, looks like becoming even more entrenched. Recently Russian Prime Minister Medvedev warned that “All sides must be compelled to sit at the negotiating table, instead of unleashing yet another war on Earth … any kinds of land operations, as a rule, lead to a permanent war. Look at what’s happened in Afghanistan and a number of other countries. I am not even going to bring up poor Libya.” Ever since Russia has intervened in Syria with its air force (September 2015), the forces of ISIS (or ISIL or Daesh) have been repelled and scattered to the point where they are losing major ground. Of course, for the Anglo-American-Zionist New World Order, this is simply unacceptable. ISIS is their pet Frankenstein they were banking on to trigger World War 3. With a decimated ISIS, the US-UK-Israeli axis are now turning to their NATO and Gulf Allies, especially Turkey and Saudi Arabia, to send in ground forces – which will ensure the permanent war in Syria remains permanent. 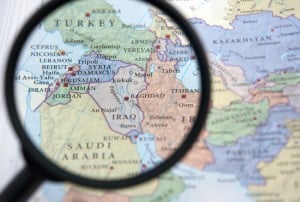 Saudi Arabia and Turkey – dutifully playing their parts in the US-UK-Zionist New World Order by threatening permanent war in Syria.

Reports first surfaced on February 6th that Saudi Arabia was preparing 25,000 of its own ground troops to enter Syria – plus an army of 150,000 mercenaries. Although the Syrian Foreign Minister threatened that any foreign troops illegally invading Syria would be returned in wooden coffins, Saudi Arabia did not back down. It launched a military maneuver called North Thunder and re-affirmed its decision to send in the troops was final. In this exercise (the largest of its kind in the region), Saudi Arabia is leading a coalition of 25 nations, including Gulf allies like the UAE (United Arab Emirates). Some sources have put the total number of soldiers participating at 350,000.

Turkey, meanwhile, is still under the leadership of Recep Erdogan, the megalomaniac who got busted by the Russians helping ISIS and trading oil with them (to personally enrich his own family). This is the same Erdogan who ordered the shooting down of a Russian jet which he claims was in Turkish airspace – although this claim is dubious and was rejected by Russia. Like the US, Saudi Arabia and Turkey are using the excuse of ISIS when their real target is Bashar Al-Assad, President of Syria. Assad commented on Monday (February 15th) that Saudi Arabia and Turkey have been pursuing a Syria invasion for 2 years. Turkish MP (Member of Parliament) Selma Irma, member of the Peace and Democracy Party, exposed how Turkey has been using ISIS to defeat its old enemy the Kurds:

Turkey is also protecting and helping Al Qaeda, and restoring its relations with Israel (nothing like a common enemy [Syria] to unit against). According to this report, Turkey has already sent troops over the Syrian border, which is an act of aggression and illegal under international law. 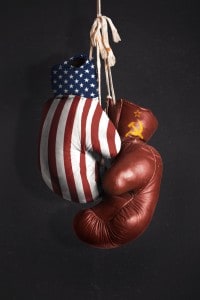 Demonization of Russia: Cold War propaganda all over again.

Just as the US supports its allies invading Syria, it is also conducting a psychological war or propaganda war against Russia. The demonization of Russia is in full swing. The BBC has been whipping up old Cold War propaganda. The Pentagon asked for even more money (to quadruple in European budget for 2017) to defeat its “new enemy” Russia. The mainstream media (such as US newspaper The Washington Times) twisted and falsified Medvedev’s quote, by writing that “Russia threatens permanent war” instead of “any kinds of land operations, as a rule, lead to a permanent war.” Although Russia has not been aggressive in Ukraine, Crimea and Syria in the last 2-3 years, US-led NATO chief Jens Stoltenberg came out and said that:

“We have seen a more assertive Russia. A Russia which is destabilising the European security order … Russia’s rhetoric, posture and exercises of its nuclear forces are aimed at intimidating its neighbours. Undermining trust and stability in Europe.”

Medvedev said that strains between Russia and the West have pushed the world into a new Cold War. He said, “On an almost daily basis, we are being described the worst threat – be it to NATO as a whole, or to Europe, America or other countries … sometimes I wonder if this is 2016 or 1962.” Since the dissolution of the Soviet Union in 1991, NATO has had no big enemy – so like all bureaucratic entities, it’s inventing something to ensure it stays relevant …

Interestingly, former NATO general Harald Kujat has said just the opposite of all this anti-Russian propaganda: that Russia would bring peace to Syria, while Turkey would bring catastrophe.

Conclusion: The NWO Wants Permanent War in Syria to Turn into World War 3

The end goal of all this military maneuvering and propaganda is to trigger World War 3. The US has repeatedly provoked Russia over the last few years in Georgia, Ukraine and Syria, but has either been outflanked or outmaneuvered. However, it will keep trying; its Satanic masters require it.