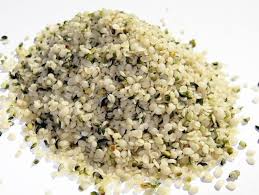 A recent scientific study from Japan concluded that omega 3s fight flu effectively due to a natural substance (Protectin D1) they contain. Hemp seeds (above) and chia seeds are great sources of omega 3 fatty acids.

a recent scientific study shows, which is yet another amazing aspect of these all-important nutrients. In other Freedom Articles I had reported that omega 3s (found in abundance in chia and hemp seeds) are so beneficial for human wellbeing that they may even be a possible cure for autism. They have already been shown to benefit brain health in many ways. Now as it turns out omega 3s fight flu too.

Omega 3s are a type of polyunsaturated fatty acid. They naturally contain a fat or lipid mediator known as protectin D1. A recent Japanese study called “The Lipid Mediator Protectin D1 Inhibits Influenza Virus Replication and Improves Severe Influenza” concluded that D1 was such an amazing substance that it was able to suppress in influenza (flu) viral replication. They found that the omega 3-derived protectin D1 had both a preventative and curative effect for the flu, even for H5N1, the rare so called “bird flu” that is actually more lethal than any other influenza.

Now That Big Pharma Knows Omega 3s Fight Flu, Will They Try to Patent It and Market It as a Drug?

Big Pharma has gained its profits from a model of biopiracy – researching what substances from Nature cure what diseases, then trying to isolate, extract and synthesize them. After that it patents them and claims ownership over a natural substance that in reality is free to everyone. Then, of course, it puts the substance in a pill or tablet and charges obscene and outrageous prices for its “drugs”, getting people dependent and fooling people into thinking there is no alternative. However, all its ideas and products came from one thing – Nature itself!

Don’t be deceived by Big Pharma and its efforts to monopolize medicine. There are countless nutrients and natural substances found in plants and food all over the world which heal even the deadliest if diseases. The fact that research confirms that omega 3s fight flu is just one piece of evidence showing us Nature has the answers if we care to look and listen. As for chia and hemp seeds, it’s just one more reason to include these incredible superfoods in your diet.