Who Isn’t The NSA Spying On?

Who Isn’t The NSA Spying On? 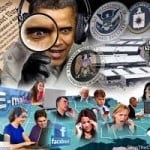 Who isn’t the NSA spying on? The latest Ed Snowden leaks reveals that the NSA is even spying on the United Nations!

NSA spying is so ridiculously

and utterly out of control that we now need to ask the question: is there anyone at all in the world, any organization, any nation, any person, who the NSA is not spying on? Does the NSA have any limits to its power? Or does it have complete immunity, carte blanche, to surveil, monitor, track, tap and eavesdrop on every single individual in the world? Thanks to the latest leaks from courageous whistleblower Ed Snowden, we have now learnt that the NSA – in gross breach of international law – is even monitoring the United Nations! That’s right; even the US-dominated UN cannot escape the ubiquitous NSA spying machine.

The NSA is a rogue agency, completely out of control

The NSA was set up by Truman in 1948 to be above the law. It gets a lot of funding by black military operations, gun running and drug smuggling. That way its budget stays off the books. It does what it wants, when it wants; it really isn’t accountable to anyone. Although the current NSA head Keith Alexander went to testify before Congress, he lied about their capabilities. Nothing’s going to happen to him. Alexander says that the NSA is restricted by FISA courts, but again, this is just for show. FISA courts have rubber stamped everything, or have been set up without the power to enforce anything in the first place. Remember, the NSA is one of the highest agencies in the military-intelligence-industrial complex that runs the world.

Is the NSA spying on everyone?

So far, we have evidence the NSA is spying on the United Nations, Europe, Russia, China, Iran, Brazil, Australia, England as well as all of America. Snowden has more leaks to come. I doubt there are many countries exempt from NSA spying – they would need significant political fortitude and technological prowess to stave off the snoopers. Meanwhile, we must all resign ourselves to the fact we are living in a world where everything that is digitally or electronically stored about us is not private. If you want true privacy, stick to pen and paper, because that’s the only way you’re going to get it.