Breatharianism: Modern-Day Adept Speaks on the Reality of the Experience

Breatharianism: Modern-Day Adept Speaks on the Reality of the Experience 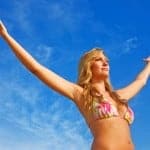 Breatharianism is possible, but it takes a lot of hard work – undoing the conditioning of your mind and breaking the psychological need for food and water.

For many people, it is difficult to believe that breatharianism is even possible. Breatharianism means existing without any food or water. Breatharianism is considered impossible by mainstream science, due to the physiological need of people to eat and drink. Yet could it be that need is actually psychological? There are many accounts from various spiritual traditions that breatharianism is indeed possible (such as the stories in Autobiography of a Yogi). There are modern day examples of breatharian “gurus” or public figures such as Jasmuheen or Wiley Brooks, as well as renowned sungazer HRM who derives energy solely from gazing at the sun. However, it is difficult to find a more open, honest, down-to-earth kind of guy than breatharian Jericho Sunfire, who lays out the hard work and struggle involved in becoming a breatharian – the non-glamorous side you won’t always hear about.

Converting to breatharianism requires years and years of letting go

In the video above, Jericho warns about the dangers of breatharianism for the average person, brought up on the standard Western diet of fried food, fast food, junk food and cooked food in general. Most breatharians only reached that state by passing through various stages, such as the raw vegan lifestyle, then fruitarianism and later liquidarianism. In other words, they started by eliminating cooked foods and animal products and ate only raw foods, then they just ate fruit, and then they only drank liquids with no solids, until they finally learnt how to give up water. It took Jericho 16 years of spiritual inner work to get there!

One massive pitfall of breatharianism is the desire of people to be “spiritual” or to be something they are not, and psychologically trick themselves (through denial) into thinking they are evolving when really they are just suppressing some aspect of themselves. Jericho cautions against jumping into it, and warns that the lifestyle is not for everyone. For instance, if you jump right into it without doing the necessary spiritual work, you may think you’re being a breatharian, but you may in fact be simply anorexic or bulemic, and starving your body through malnutrition. For this reason Jericho emphatically states it is not for everyone.

Breatharianism is really about mind over matter. It’s about challenging the ideas we’ve believed all our lives, that we can’t live without this or that kind of food. It’s about undoing the massive conditioning we’ve all undergone. Just as ordinary people have learned to walk on fire without injuring themselves, so too can people move into a higher consciousness regarding how we eat or don’t eat.

Just imagine if more and more people did decide to become breatharian, and put in the years of work it would take to reach that state … the world would be completely changed. There would be way less scarcity consciousness, way less fighting over resources, way less war and way more free time to pursue other interests.