The Truth About the War on Drugs – Part 1

The Truth About the War on Drugs – Part 1 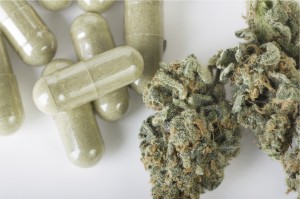 The war on drugs is an absurdity. It doesn’t make drugs less available. Also, it’s punitive rather than curative or educational, so doesn’t address the root cause of the problem.

The war on drugs is an absurdity

that has gone on far too long. It’s time we learnt the truth and faced the facts about this so-called war. The term “war on drugs” become popular around 1971 after Nixon introduced tougher drug legislation, but the underlying issue has been going on for a lot longer in America, stretching at least back to 1920 with the prohibition of alcohol.

1. Drugs are a Healthcare and Educational Issue, not a Law Enforcement Issue

Let’s get back to basics. What is the government’s role in society? Why was government created? A close inspection of the Declaration of Independence, numerous State Constitutions as well as many judge rulings reveals that the primary purpose of government is to protect the rights of its citizens. The US Government has exceeded its basic mandate and limitations by a long stretch (as has almost every other government around the world) and has morphed into a Big Government overseeing a nanny state.

It is the government’s job to protect people from others who would infringe upon their rights, but it’s not the government’s job to protect people from themselves. We need to respect the basic libertarian principle that people can do what they want with their own lives, to their own bodies, in their own houses, as long as it is not harming anyone else. If people smoke pot or even take a harder drug and it results in no harm to anyone around them, what possible justification does the government have intervening, when no one’s rights have been impeded? It could be argued that drugs can lead to crime, because people steal to get the money to shoot up, but again, the crime is theft, not what the motivation for theft was. And, looking at the situation more deeply, we need to ask: why are drugs like cocaine and heroin are so expensive? The answer is simple: governmental agencies like the CIA and other defense agencies control the drug market, and earn billions or even trillions or black money (off the books) to fund their dark agendas. Take Big Government, military agencies and ridiculous drug laws out of the way, and the price of drugs come down, and drug-related crime disappears.

2. Prohibition Didn’t Stop the Availability of Alcohol or People from Acquiring It; Neither Does the War on Drugs Do These Things

Prohibition didn’t work because it didn’t address the underlying need, want or desire of people for the object – alcohol. Similarly, the war on drugs hasn’t worked because enacting a law doesn’t change people’s psychology and motivations at all – and behavior not really that much. The availability of drugs is subject to the same economic laws of supply and demand as everything else. As long as you have demand, you will always have capitalists, entrepreneurs and black marketeers willing to take risks in defying the law to supply those with the need, in order to make money. If the point of the war on drugs is stop the availability of drugs on America’s streets, it has failed dismally. However, as will be discussed further in this article, that is not the real point of the war on drugs; the real point is put more people in privately-run prisons and create monopolies for Big Oil and Big Pharma, while having the pretext that society is being cleaned up because drugs are being outlawed.

3. The War on Drugs is Punitive, Not Educational or Curative

The war on drugs is all about enforcement and punishment. It’s about turning innocent people into criminals through victimless crimes, i.e. crimes where there is no victim, no harm to another person and no damage to another’s property. If we as a whole think there is a drug problem in society, the only way to address and heal the issue is through compassion, understanding and education. Yet, a large focus of the war on drugs is law enforcement. So much money is spent to police the use and possession of drugs that there is very little left to go towards any genuine effort to root causes of the issue. If the government really wanted to address the drug problem, why doesn’t it allocate more resources to education rather than law enforcement? The fact that it doesn’t is further proof that it doesn’t really want to solve the drug problem or win the war on drugs (whatever that means), but rather wants to create the impression and facade that it is doing something when it has another agenda.