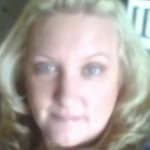 A subliminal message in the form of the word “kill” was caught on a TV freeze frame, written backwards, proving that it was subliminal mind control (not a normal ad).

Subliminal messages are being used all the time against us,

to program our subconscious in ways that serve the Controllers of society. The technology is improving all the time, so it’s only going to get worse. In part 1 of the “subliminal mind control” series, I looked at how the US Government was even doing this to the public way back in the 1960s! In retrospect the subliminal message text looks simple and childish, but nevertheless it was probably undetectable by almost everyone who watched it. In this article I am turning my attention towards what is happening nowadays, and the truth may shock you to your core.

As the above video and photo show, a lady using a basic cell phone from a few years ago (before the advent of iPhones and other smartphones) accidentally caught a picture (a freeze frame) of a word on her TV. That word was “kill”. It was a one in a million chance – or maybe even a one in a billion chance – yet somehow she captured the image on her TV screen. Why would a TV be showing the word kill, written in black on white background, with nothing else in that split frame?

Here’s the kicker: the word “kill” was written backwards, proving it was not regular advertising and was actually a subliminal message

What makes this case so interesting is the fact that the word “kill” was written backwards – proving that this was not an ad. What commercial would use the word kill on a white background with nothing else, and written backwards? There really can be no doubt that this is a subliminal message. But who inserted it? And for what purpose? How does it benefit our rulers for us to kill? Do they want more violence so they can justify harsher legislation (e.g. gun control or constant Big Brother surveillance)? Are they trying to undermine our inherent humanity and decency and turn us into heartless killers?

Remember, any time you watch TV or see a movie, chances are very high it contains subliminal messages that are going straight into your subconscious and programming you. You don’t know how you’re being programmed, but rest assured, you are being programmed. We all are. The only solution as I see it is to eliminate or reduce exposure to these media or channels of communication. Otherwise, we are being turned into slaves right before our eyes.

Want to keep informed on the latest and greatest news and analysis on the New World Order, Natural Health, Sovereignty and more?