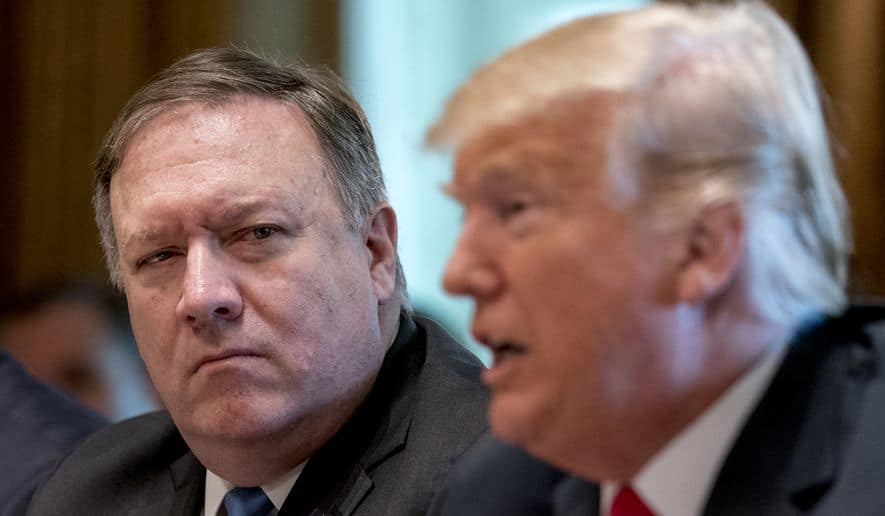 Soleimani assassination: the US has killed the top Iranian military official in charge of the Quds Force which fought ISIS & Al Qaeda. Will this ignite WW3?

The US has admitted to assassinating Iran’s most beloved military leader, General Qassem Soleimani, in a drone strike which seems very likely to ignite a full-scale war. Six others are also reported killed, including Iraqi militia commander Abu Mahdi al-Muhandis. According to the Pentagon, Trump personally ordered the assassination. I’ll keep following this hugely important story and will probably be writing a lot about it as it unfolds. I encourage everyone who values peace and humanity to follow it as well.

“Spoke to a very knowledgeable person about what Iran’s response to Soleimani’s assassination might be,” The Quincy Institute’s Trita Parsi tweeted regarding this developing story. “This would be the equivalent of Iran assassinating Petreus or Mattis, I argued. No, he responded, this is much bigger than that.” 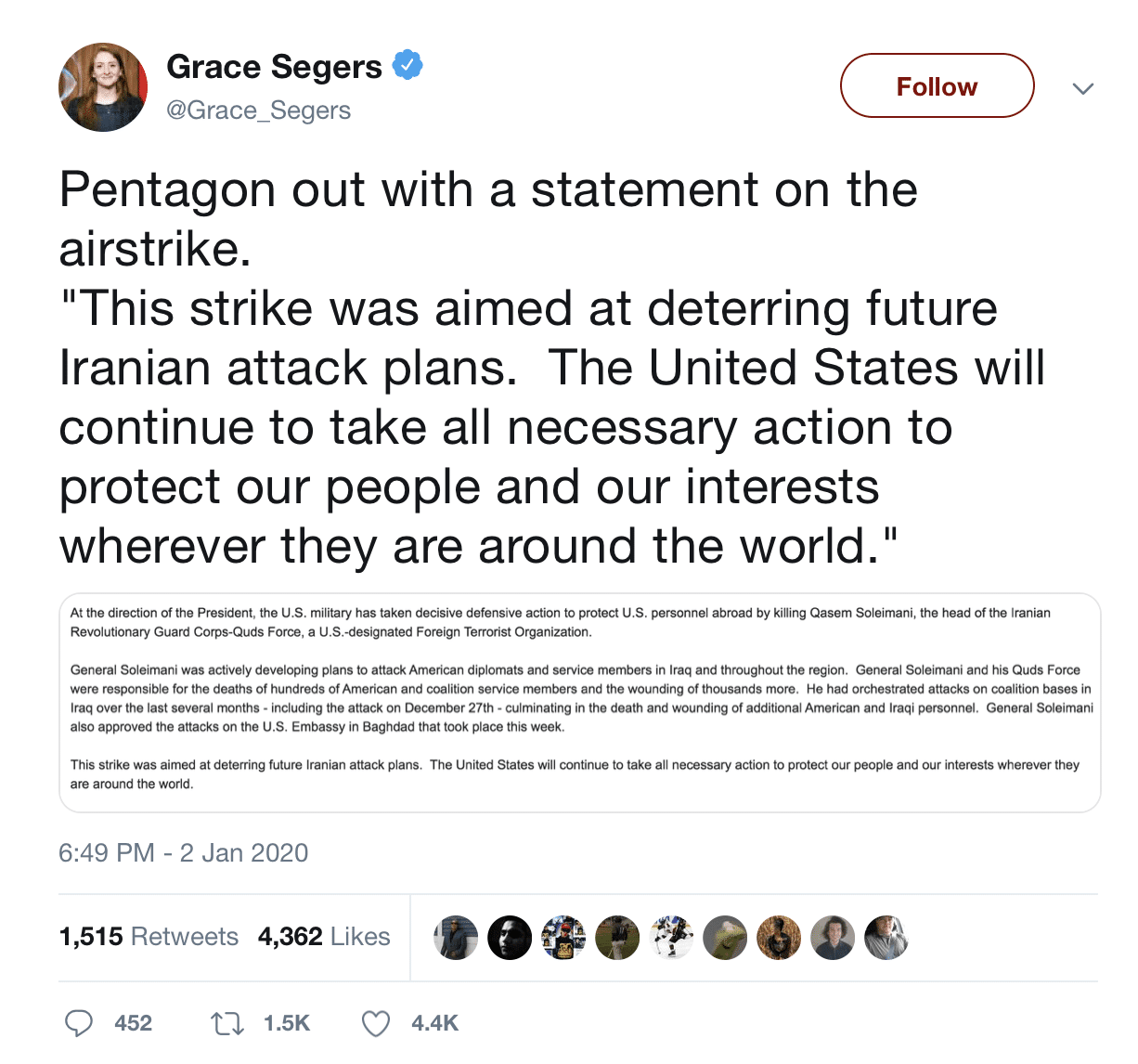 “Most Americans won’t understand the gravity of this,” tweeted journalist Rania Khalek. “Qasem Soleimani is head of the Iranian IRGC’s elite Quds Force, which conducts operations outside of Iran in both Iraq and Syria. He was credited with helping turn the tide in both countries against Al-Qaeda and ISIS.”

“This is very serious,” Khalek added. “The US essentially declared war on Iran by assassinating its most revered military figure in Iraq. And by also killing the head of the PMF, the US created more enemies in Iraq. There will be regional retaliation. It’s unlikely it can be prevented.”

“If true, it is not an understatement to say this could change the entire Middle East,” tweeted Rising‘s Saagar Enjeti.

“There’s going to be that war now that people have been pushing for since tanking the Iran Deal,” tweeted The Intercept‘s Murtaza Mohammad Hussain.

“If this is true, the US has effectively declared war on Iran, which has established militarily ties with Russia and China. It’s not hyperbole to say this could start WW3. Insane,” tweeted Grayzone‘s Dan Cohen, who also highlighted the important fact that “Iran, Russia and China held joint naval drills less than a week ago.”

“Iranian sources in Iran are warning that killing Gen. Qasem Sulaimani spells war,” tweeted Farnaz Fassihi of The New York Times. “‘Official reaction will begin with a strike,’ one says.” 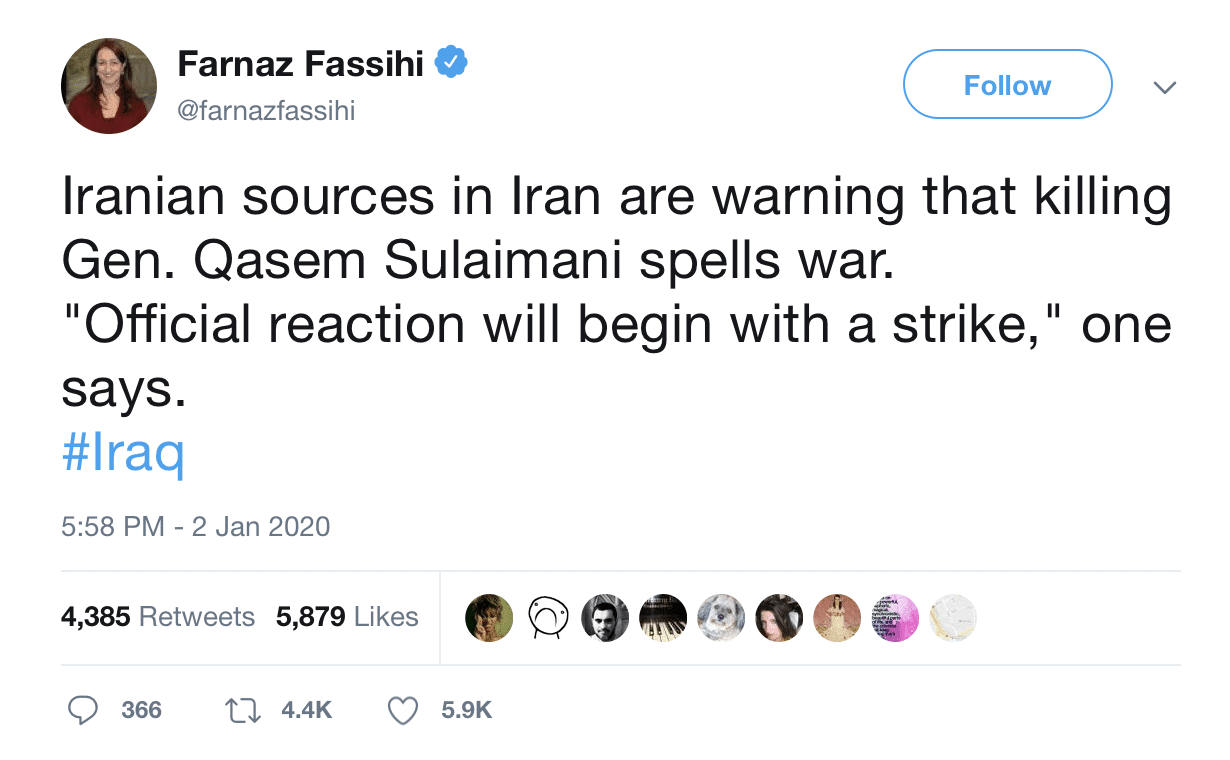 A proportionate retaliatory strike would necessarily entail an attack on US military targets, or the military targets of US allies. If that happens, either the empire stands down or we’re looking at an all-out war of a size that is potentially almost limitless.

Months after Donald Trump took office it was reported that the CIA had escalated covert operations in Iran, and the administration has been escalating tensions with that nation further and further ever since it announced its withdrawal from the Iran nuclear deal in 2018 on completely false pretenses. The withdrawal was followed by waves of debilitating, civilian-starving sanctions implemented with the goal of provoking civil unrest, a goal Secretary of State Mike Pompeo has openly admitted. From there we saw increased US military presence in the region, then the Iraqi-killing airstrikes earlier this week and the resulting tense angry standoff at the US embassy in Baghdad, and now here we are with Iran planning retaliation for an unforgivable assassination on its most senior and revered military official.

Many are understandably claiming that this geostrategically pivotal confrontation was precisely what Trump was installed to facilitate all along. The largest donor to any campaign in 2016 was oligarch Sheldon Adelson, who gave $25 million to the Trump campaign, and who in 2013 said that the US should drop a nuclear bomb on Iran. After Trump’s election win, Adelson gave another $5 million to his inauguration, the largest single presidential inaugural donation ever made. Newt Gingrich, another of the billionaire’s hired politicians, has said that Adelson’s “central value” is Israel.

Make no mistake, Iran is not Iraq or Libya. A full-scale war against Iran would be many times more deadly, costly and destabilizing than those interventions; the UK’s Admiral Lord West told The Daily Star Online last year that winning such a war would require no less than a million troops, or nearly the total number of active duty US military personnel in the entire world. Even if a direct war with Iran didn’t lead to a confrontation with China, Russia and the other unabsorbed allies, it would still be worse than Vietnam and Iraq combined in terms of death, destruction, expense, and regional destabilization. 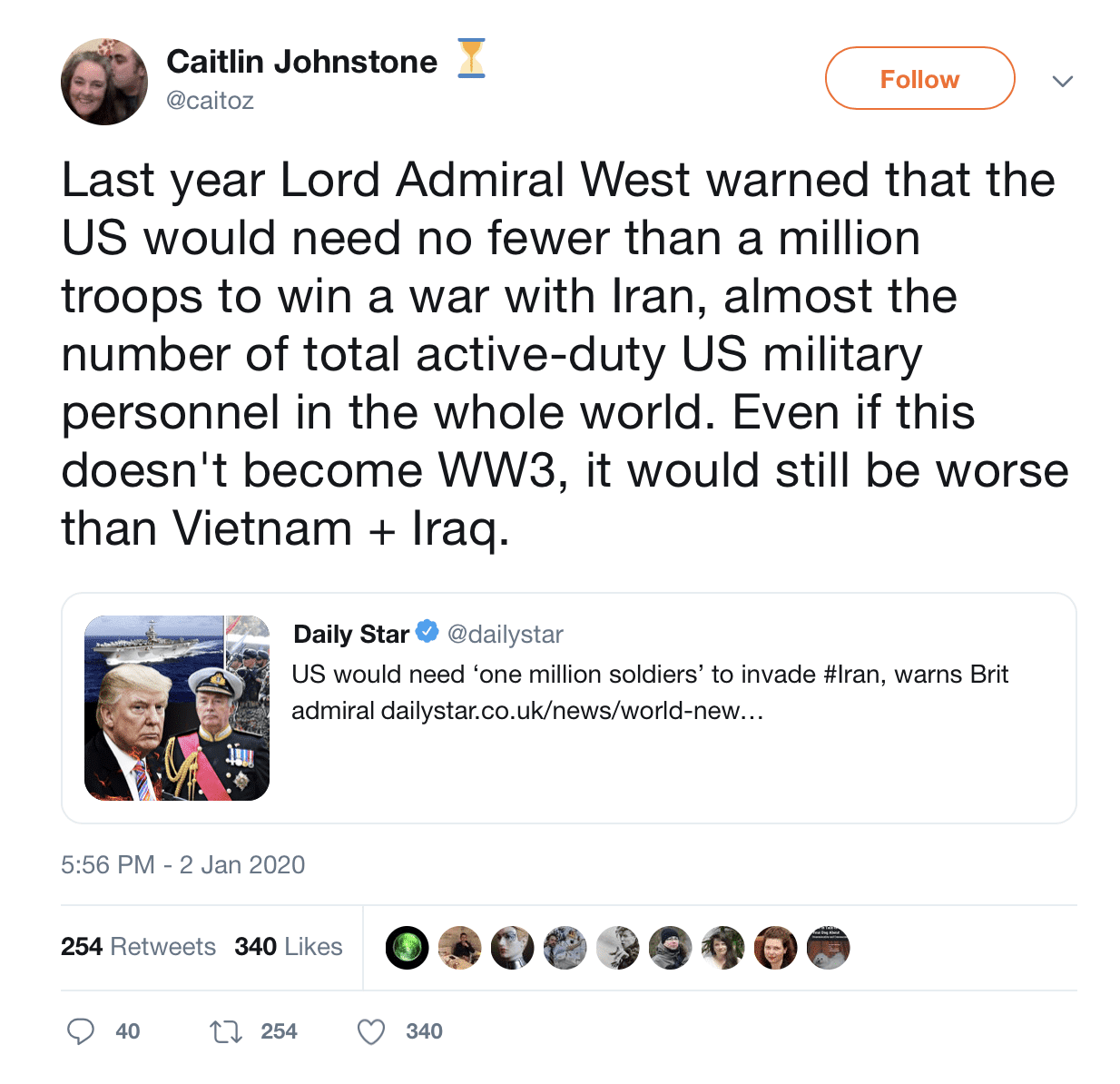 And now, as I sit as the mother of two teenagers watching what might be a third world war looming on the horizon, all I can think is about how infuriating it is that we’ve spent the last three years on Russia bullshit and sectarian political infighting instead of building an actual cohesive antiwar movement and pushing real opposition to Trump’s warmongering.

Let’s get it together, humans. We need big changes, and we need them yesterday.