Trump Tries Real Hard to Start a War for Israel

Trump Tries Real Hard to Start a War for Israel 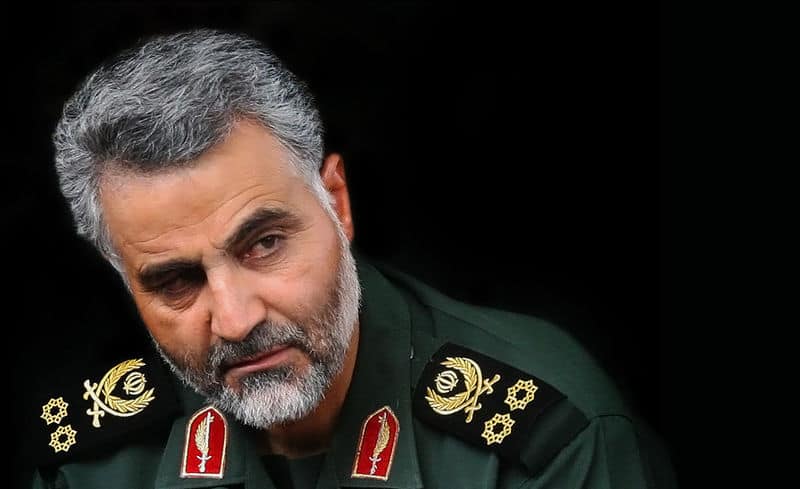 Trump, controlled by Zionist neocons, is as usual trying to start a war for Israel against Iran by murdering their top general. See how the MSM spins it.

Trump is trying to start a war for Israel.

He has killed a high level Iranian military leader. The wars just keep on coming, no matter what we do. Let’s turn to social media where dimwits, neocon partisans, and clueless Democrats are running wild after corporate Mafia boss and numero uno Israeli cheerleader Donald Trump ordered a hit on Gen. Qasem Soleimani and others near Baghdad’s international airport on Thursday.

Let’s begin with this teleprompter reader and “presenter” from Al Jazeera:

“This is what happens when you put a narcissistic, megalomaniacal, former reality TV star with a thin skin and a very large temper in charge of the world’s most powerful military… You know who else attacks cultural sites? ISIS. The Taliban.” – me on Trump/Iran on MSNBC today: pic.twitter.com/YCRARB2anv

It is interesting how the memory of such people only goes back to the election of Donald Trump.

The US began targeting Iran following the 1979 Islamic Revolution. This included “freezing”—polite-speak for theft—around $12 billion in Iranian assets, including gold, property, and bank holdings. After Obama agreed to return this filched property and money as part of the nuke deal (minus any real nukes), neocons said he gave away US taxpayer money to international terrorists. This warped lie became part of the narrative, yet another state-orchestrated fake news “alternative fact.”

Here’s another idiot. He was the boss of the DNC for a while and unsuccessfully ran for president.

Nice job trump and Pompeo you dimwits. You’ve completed the neocon move to have Iraq become a satellite of Iran. You have to be the dumbest people ever to run the US government. You can add that to being the most corrupt. Get these guys out of here. https://t.co/gQHhHSeiJQ

Once again, history is lost in a tangle of lies and omission. Centuries before John Dean thought it might be a good idea to run for president, Persians and Shias in what is now Iraq and Iran were crossing the border—later drawn up by invading Brits and French—in pilgrimages to the shrines of Imam Husayn and Abbas in Karbala. We can’t expect an arrogant sociopath like Mr. Dean to know about Ashura, Shia pilgrimages, the Remembrance of Muharram, and events dating back to 680 AD.

Shias from Iran pilgrimage to other Iraqi cities as well, including An-Najaf, Samarra, Mashhad, and Baghdad (although the latter is more important to Sunnis).

Trump said there are 52 different sites; the number is not arbitrary, it is based on the 52 hostages, many of them CIA officers, taken hostage during Iran’s revolution against the US-installed Shah and his brutal secret police sadists.

Pompeo said Trump won’t destroy Iran’s cultural and heritage sites. Pompeo, as a dedicated Zionist operative, knows damn well the US will destroy EVERYTHING of value in Iran, same as it did in Iraq and later Libya and Syria. This includes not only cultural sites, but civilian infrastructure—hospitals, schools, roads, bridges, and mosques.

S: So to be clear, Trump’s threat wasn’t accurate?

P: Every target that we strike will be a lawful target pic.twitter.com/zOGTpfYmba

Although I believe Jill Stein is living in a Marxian fantasy world, I agree with her tweet in regard to the Zionist hit on Soleimani:

Now THIS is grounds for #impeachment – treachery unleashing the unthinkable for Americans & people the world over: Trump asked Iraqi prime minister to mediate with #Iran then assassinated Soleimani – on a mediation mission. https://t.co/f0F9FEMALD

Trump should be impeached—tried and imprisoned—not in response to some dreamed-up and ludicrous Russian plot or even concern about the opportunist Hunter Biden using his father’s position to make millions in uber-corrupt Ukraine, but because he is a war criminal responsible for killing women and children.

As for the planned forever military occupation of Iraq, USA Today reports:

Iraq’s Prime Minister Adel Abdul Mahdi told lawmakers that a timetable for the withdrawal of all foreign troops, including U.S. ones, was required “for the sake of our national sovereignty.” About 5,000 American troops are in various parts of Iraq.

No way in hell will Sec. State Pompeo and his Zionist neocon handlers allow this to happen without a fight. However, it shouldn’t be too difficult for the Iraqis to expel 5,000 brainwashed American soldiers from the country, bombed to smithereens almost twenty years ago by Bush the Neocon Idiot Savant.

Never mind Schumer’s pretend concern about another war. This friend of Israel from New York didn’t go on national television and excoriate Obama and his cutthroat Sec. of State Hillary Clinton for killing 30,000 Libyans.

I’m concerned President Trump’s impulsive foreign policy is dragging America into another endless war in the Middle East that will make us less safe.

Congress must assert itself.

President Trump does not have authority for war with Iran. pic.twitter.com/tra71uY9Ao

Meanwhile, it looks like social media is burning the midnight oil in order to prevent their platforms being used to argue against Trump’s latest Zionist-directed insanity.

It is absolutely crazy that Twitter is auto-locking the accounts of anyone who posts this “No war on Iran” image, and forcing them to delete the anti-war tweet in order to unlock their account.

More lies from The Washington Post, the CIA’s crown jewel of propaganda:

This is complete and utter bullshit, but I’m sure the American people will gobble it down without question. Trump’s advisers are neocons and they are seriously experienced in the art of promoting and engineering assassination, cyber-attacks, invasions, and mass murder.

Newsmax scribbler John Cardillo thinks he has it all figure out.

“In mid-October…Soleimani…instructed his top ally in Iraq, Abu Mahdi al-Muhandis, and other powerful militia leaders to step up attacks on U.S. targets in the country using sophisticated new weapons provided by Iran…”

Imagine this, however improbable and ludicrous: Iran invades America and assassinates General Hyten or General McConville, both top members of the US Joint Chiefs of Staff. Now imagine the response by the “exceptional nation.”

We can’t leave out the Christian Zionist from Indiana, Mike Pence. Mike wants you to believe Iran was responsible for 9/11, thus stirring up the appropriate animosity and consensus for mass murder.

Neither Iran nor Soleimani were linked to the terror attack in the “9/11 Commission Report.” Pence didn’t even get the number of hijackers right. https://t.co/QtQZm2Yyh9

Finally, here is the crown jewel of propaganda—in part responsible for the death of well over a million Iraqis—The New York Times showing off its rampant hypocrisy.

The editorial board writes, “It is crucial that influential Republican senators like Lindsey Graham, Marco Rubio and Mitch McConnell remind President Trump of his promise to keep America out of foreign quagmires”https://t.co/2swusvBWbg

Never mind Judith Miller, the Queen of NYT pro-war propaganda back in the day, spreading neocon fabricated lies about Saddam Hussein and weapons of mass destruction. America—or rather the United States (the government)—is addicted to quagmires and never-ending war. This is simply more anti-Trump bullshit by the NYT editorial board. The newspaper loves war waged in the name of Israel, but only if jumpstarted by Democrats.

Trump the fool, the fact-free reality TV president will eventually unleash the dogs of war against Iran, much to the satisfaction of Israel, its racist Zionists, Israel-first neocons in America, and the chattering pro-war class of “journalists,” and “foreign policy experts” (most former Pentagon employees).

Expect more nonsense like that dispensed by the robot Mike Pence, the former tank commander now serving as Sec. of State, and any number of neocon fellow travelers, many with coveted blue checkmarks on Twitter while the truth-tellers are expelled from the conversation and exiled to the political wilderness.

Previous Article
Soleimani Assassination: US Kills Top Iranian Military Official, May Ignite WW3
Next Article
The US Government Lies Constantly, And The Burden Of Proof Is On The Accuser