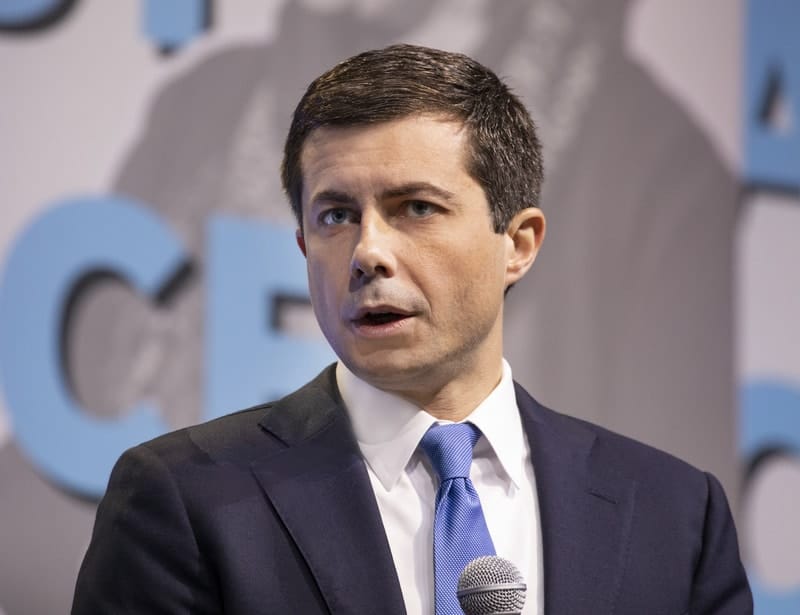 Mayor Pete appears to be a CIA asset. He worked with the agency in Afghanistan. Various CIA officials zand coup plotters endorse him.

Mayor Pete is the CIA’s choice for president.

It should be obvious by now, even for the semi-attentive, that USG elections are fixed. This arrangement failed stupendously in 2016 and the establishment has spent the last three years trying to unseat an elected president they revile and want to be removed from office, even if the interloper must be assassinated. Now that the dysfunctional efforts by Democrats to remove Trump by way of impeachment have failed, the president may indeed have an unfortunate accident or be offed by a “lone wolf” patsy if it looks like he will be reelected.

The establishment desperately needs to insert one of its own into the White House. The Iowa Caucus, despite its hilarious malfunction blamed on a smartphone app, hoisted Mayor Pete Buttigieg to the top of the heap, although we know many ground-level Democrats prefer the socialist Bernie Sanders.

As The Grayzone documents, Mayor Pete appears to be a CIA asset. He worked with the agency in Afghanistan and the national security folks endorse his campaign.

In addition to assisting the illegal occupation and murder of tens of thousands in Afghanistan, CIA Pete teamed up with the DEA, the federal agency responsible for untold misery and murder in its failed war on (some) drugs.

There DEA has not stopped the record flow of heroin produced from Afghan opium into the United States. During the bankster engineered “subprime crisis,” illegal drugs floated the banks. This was pointed out by none other than Antonio Maria Costa, head of the UN Office on Drugs and Crime, more than a decade ago.

If you ever ever had the feeling Buttigieg was the CIA’s candidate, your instincts were right on the money. Military who “work with” the CIA are often CIA in military clothing and when they’re working on the drug side of things, you can bet 99.9% CIAhttps://t.co/IRkEOA67Ku

“In 2004,  the proceeds of the Afghan heroin trade yielded an estimated global revenue of the order of 90 billion dollars. This estimate was based on retail sales corresponding to a total supply of the order of 340,000 kg of pure heroin (corresponding to Afghanistan’s 3400 tons of opium production).” Michel Chossudovsky wrote in 2005.

The Taliban—created whole fabric by Pakistani and USG intelligence—is routinely blamed by the propaganda media as the source of the world’s illicit heroin supply. Left out of this wild distortion of reality is the fact the Taliban worked with the United Nations to eradicate the cultivation of opium. The Bush neocon invasion reversed this trend.

The Afghan government’s drug eradication program was repealed.  The 2001 war on Afghanistan served to restore as well as boost the multibillion dollar drug trade. It has also contributed to the surge in heroin addiction in the US.

Opium production had declined by more than 90 per cent in 2001 as a result of the Taliban government’s drug eradication program.

Immediately following the invasion (October 7, 2001) and the occupation of Afghanistan by US-NATO troops, the production of opium regained its historical levels.

Mayor CIA, if the following tweet can be believed, has an interest in Afghanistan’s wealth of natural resources, the sort of minerals the neoliberals are addicted to stealing, never mind the staggering cost in human life.

Pete Definitely-Not-A-CIA-Agent Buttigieg has in his living room a huge map of the natural resources and minerals in Afghanistan, a country he helped militarily occupy (which has trillions of dollars worth of minerals, by the way)

Extremely normal thing to have in your house https://t.co/0ScyPk8ti6

I have long argued the CIA is by far the most subversive force at work in the USG and around the world. It has performed as a hitman and violent regime change facilitator for the national security state beginning with the presidency of Harry Truman. It captured the major news media in the 1950s—the “Mighty Wurlitzer” of propaganda—and influences Hollywood media productions and video games, thus thoroughly brainwashing the public with lies and disinformation (nobody beats the CIA at “fake news”).

The CIA vets governors and other politicians. This was substantiated by the former governor of Minnesota, Jesse Ventura, who was visited by CIA spooks shortly after taking office. “On occasion CIA officers meet with senior state government officials, as they did in this case, to discuss issues of mutual interest,” admitted CIA Spokesman George Little in 2008.

More accurately, no doubt, such visits—in this case by nearly two dozen agents—are designed to scare the hell out popularly elected politicians not vetted by the elite.

Mayor Pete the former CIA operative is a near-perfect candidate (although I am betting the full weight of DNC will fall behind the control freak billionaire Michael Bloomberg or a late entry Hillary Clinton). Pete is said to be a homosexual. He fully endorses the identity politics agenda, and he has stated repeatedly he will steal the firearms of law-abiding Americans, although he cannot beat Bloomberg on this count (former Mayor Mike also wants to dictate what you can eat and drink).

The CIA, of course, is not liberal, or conservative for that matter. It covertly supports whatever political ideology it believes will effectively bamboozle politically naive Americans. Identity politics fits the ticket.

Philip II of Macedon and later Niccolò Machiavelli understood the most effective way to undercut the threat posed by political opposition is divide and rule (divide et impera). This is precisely what we are now enduring—a wholly artificial war between statist factions that is rending the political and social fabric of America and distracting it from real issues.

The national security state and its master of subversion, lies, and murder must recapture the White House and Congress—sweeping away the unacceptable on both the right and left—and although Mayor CIA probably will not be nominated, a similar person will be selected and appointed. Bernie Sanders will be cheated out of the nomination for a second time and Elizabeth Warren’s promise to address crony corporate influence in government will be paved over with the insipidity of identity politics that completely ignores the locus of our rapidly approaching serfdom–the financial elite.

Meanwhile, the wars, wholesale theft of natural resources, and mass murder will continue.