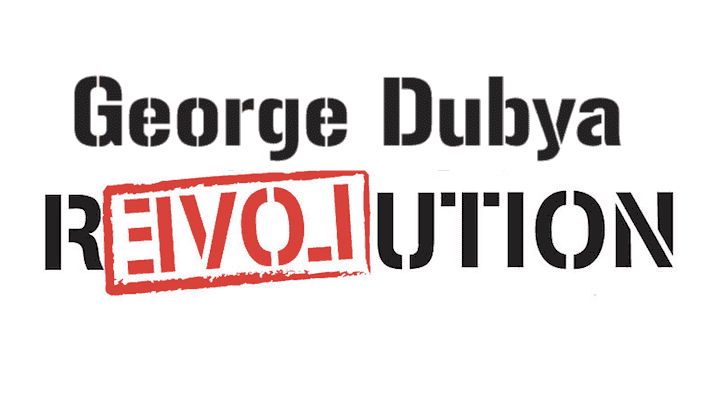 Trump supporters are George W Bush supporters LARPing as Ron Paul supporters. Their anti-establishment sentiments were successfully channeled by the NWO controllers into Trump. The truth is way beyond the left-right paradigm.

“The Trump administration has been accused of lying after the publication of a new report that undermined its reasoning for assassinating Iranian General Qassem Soleimani last month,” reports Middle East Eye. “The chairman of the House Committee on Foreign Affairs said in a statement on Friday that President Donald Trump’s official notification to Congress defending the 3 January strike failed to specify an ‘imminent threat’ posed by Soleimani.”

“President Trump and top officials lied about the existence of an imminent threat to excuse his having engaged in an act of war without congressional approval,” tweetedindependent Michigan Representative Justin Amash. “For Americans’ safety, the Constitution forbids unauthorized offensive actions regardless of the president’s justification.”

Pres. Trump and top officials lied about the existence of an imminent threat to excuse his having engaged in an act of war without congressional approval. For Americans’ safety, the Constitution forbids unauthorized offensive actions regardless of the president’s justification. https://twitter.com/andrewdesiderio/status/1228342740397756417 …

It has been obvious to many analysts for quite some time that the world was lied to about yet another act of war against yet another Middle Eastern nation by yet another US president; the Trump administration’s tacit admission just confirms it. Add this confirmation to the lies we were told about no US soldiers being injured by Iran’s missile retaliation against US military bases, as well as the revelation that the initial rocket strike which sparked the exchanges of violence in Iraq likely came from ISIS and not Iran-backed militias as claimed by the US.

What this means legally is that Soleimani’s assassination was a war crime. On a practical level, since the US is never prosecuted for war crimes it commits, what it means is that we now know we were lied to about an assassination which by Trump’s own admission brought us “closer than you thought” to a disastrous full-scale war.

What I personally find interesting about the destruction of the “imminent threat” narrative is that none of the many Trump supporters I spent time arguing with last month about Soleimani’s assassination ever attempted to claim that he posed an imminent threat to Americans. They’d argue that Soleimani was a bad man who deserved to die, they’d attempt to spin unfounded claims that he was directly behind the embassy attack or the aforementioned rocket strike, they’d accuse me of being a terrorist-supporting terrorist lover, but I never once encountered anyone who tried to argue that there was an imminent threat to American lives.

They made no attempt to make this argument because they knew it wasn’t a good one. They knew the Trump administration was making bogus claims that they couldn’t defend. They knew this. They just didn’t care.

This is very telling. I have read every single reply. Not one produced even the slightest shred of indication that he posed an imminent threat to the US.

Seriously, Stalin himself would’ve been proud of such a display of blind, unflinching acceptance of the deep state narrative. https://twitter.com/caitoz/status/1213591198465544193 …

Show me your very best evidence that Soleimani posed an imminent threat to Americans and needed to be taken out immediately. Bonus points if you can explain how the evidence you provide rises to the level of proof required in a post-Iraq invasion world.

They didn’t care because they weren’t approaching the situation from any interest in truth or facts. Their sole interest was, and is always, in defending their president and promoting narratives which help ensure his re-election in November. It’s a game to them. A game of imagination which consists entirely of narratives that have little to no relationship with objective reality. They are LARPing.

Well, not all of them to be fair. There are two kinds of Trump supporters: there’s the straight-ticket Republicans who’d support an animatronic Chuck E Cheese robot as long as it had an (R) next to its name, and then there’s the so-called “populists” who say everything Trump does is secretly a brilliant strategic maneuver against the Deep State.

There’s some overlap between these two categories (neocon swamp monster Sean Hannity now posing as a swamp-fighting enemy of the Deep State is the most hilarious example), but there’s a distinction that’s worth noting. After the Soleimani assassination the straight-ticket Republicans were online acting like the Bush voters they are yelling “Yeeehaw, we kill whoever we want!”, whereas the “populists” were claiming that this was yet another strategic 4-D chess maneuver against the enemies of peace. I had one former reader sincerely attempt to argue with me that Soleimani was actually working for the Deep State, and had been protected by Obama and Hillary Clinton.

When the news first broke of Soleimani’s assassination I wrote the following:

“A proportionate retaliatory strike would necessarily entail an attack on US military targets, or the military targets of US allies. If that happens, either the empire stands down or we’re looking at an all-out war of a size that is potentially almost limitless.”

And indeed that is exactly what happened. Iran did retaliate, against US military targets, injured more than 100 US soldiers, and then the US empire stood down. Trump’s reckless act of brinkmanship resulted in a dead Iranian general, a badly damaged airbase, scores of injured soldiers, a tail-between-the-legs retreat, and brought the US and Iran “closer than you thought” to war, for no real strategic benefit. Yet for days after the military exchange I was getting Trump supporters in my social media mentions telling me I’d been crazy and hysterical for warning of the risk of war.

These bizarre mental gymnastics are possible because these Trump supporters aren’t interfacing with reality in any way. They’re engaged in a weird Live Action Role-Playing (LARP) game where they pretend to be knowledgeable patriots cheering for a Ron Paul-like champion of peace and anti-authoritarianism, while in real life they’re acting exactly like garden variety Republicans cheering for a standard Republican president who’s been advancing longstanding agendas of neoconservatives and the CIA.

In real life Trump has imprisoned Julian Assange, has re-started the Cold War, has killed tens of thousands of Venezuelans with starvation sanctions, has vetoed attempts to save Yemen from US-backed genocide, is working to foment civil war in Iran using starvation sanctions and CIA ops with the stated goal of effecting regime change, has occupied Syrian oil fields with the goal of preventing Syria’s reconstruction, has greatly increased the number of troops in the Middle East and elsewhere, has greatly increased the number of bombs dropped per day from the previous administration, killing record numbers of civilians, and reduced military accountability for those airstrikes.

Every single one of these longstanding deep state agendas that Trump has advanced have been defended by Trump supporters in my social media mentions as brilliant strategic maneuvers against the deep state. Literally every single one of them, without a single, solitary exception. Every time Trump advances an evil establishment agenda and I speak out about it, I am guaranteed to receive comments explaining why the thing I’m speaking out against is actually an ingenious move by Trump against the establishment. Trump arresting Assange is actually Trump helping Assange. Trump helping the neocons is actually Trump hurting the neocons. Those sure are some elegant invisible clothes the emperor is wearing today.

Trump’s words say one thing, and his actions say something very different. He gives lip service to anti-interventionism and opposition to the swamp, and his supporters play along with the narratives he’s spoon feeding them. He’s another George W Bush, concealed by a thin overlay of narrative and imagination. But in the LARP he’s Ron Paul.

I started this job a few months before Trump took office, and ever since January 2017 I’ve been pointing out evil things this president has been doing and having Trump supporters tell me “Wait and see.”

“Calm down,” they tell me (they always want me to calm down). “Trump is doing something big here. You’ll see.”

They’ve been saying “you’ll see” for years now. Trump’s term is almost over. It’s time to admit you were wrong, guys.

You’ve been had. You were duped by narrative and empty words into supporting a garden variety Republican president who’s been advancing garden variety Republican agendas. Your anti-establishment sentiments were successfully corralled by propaganda into a standard GOP ideology with some populist-looking window dressing. You’ve been sitting very pretty lately while the Democrats make complete asses of themselves with ill-advised impeachment agendas and a scandalous primary race, but in reality you’re just as blinkered and duped as they are.

Stop getting duped into believing in America’s two-handed sock puppet show. It’s always fake, and it always ends the same: all your money goes to the performers, and you get screwed. Start seeing through the illusion.