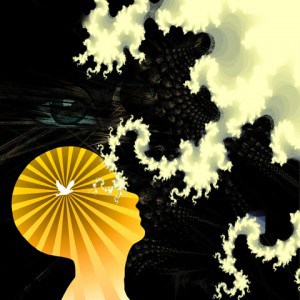 Mass shootings are not what they appear to be. Psychiatric drugs and video game violence are definitely key societal causes, but the ultimate root cause is mind control.

Mass shootings have become a common occurrence in modern America,

especially the type involving a gunman on Big Pharma psychiatric drugs who supposedly acted alone – the “lone nutter” story. We’ve had an awful lot of lone nutters in the US over the years, from Lee Harvey Oswald to Sirhan Sirhan to Mark Chapman to James Earl Ray and now in 2012 to James Holmes and Adam Lanza, but the official story (i.e. the deceptive governmental propaganda) is that each of these is a separate incident, that each of the gunmen acted alone for their own individual reasons and that there is no connection among the assassinations. The truth is that the root causes of the mass shootings in the US (and beyond), to begin with, can be found in the widespread overprescription of psychiatric meds and the horrific glorification of violence through video games and other forms of entertainment; however, beneath those two devilish influences, there is something far more subtle, pernicious and deadly powerful which connects all these events: mind control.

Modern psychiatry is insane and out of control, as Mike Adams pointed out in this NaturalNews.com article. It invents diseases out of thin air, gives them impressive sounding pseudo-scientific names and then proceeds to fraudulently “diagnose” and “medicate” people with horrendous side-effect laden psychotropic drugs – at tremendous profits, of course. CCHR has done a great job exposing psychiatry as a giant scam industry, especially in their recent video “Diagnostic and Statistical Manual: Psychiatry’s Deadliest Scam“, which spills the beans on the DSM (Diagnostic and Statistical Manual), the psychiatric bible. Psychiatrics use this book to collect all their fake diseases and to justify implementing them upon people who could otherwise by healed with regular psychotherapy or other holistic, natural and non-invasive methods. This is just part of the Big Pharma and NWO (New World Order) agenda to turn every citizen into a patient consumer of Big Pharma, while at the same time crippling the vitality and intellect of the populace and thus making them easier to control. The two gunmen we are told are responsible for the mass shootings of 2012 in Aurora, Colorado (James Holmes) and Sandy Hook, Connecticut (Adam Lanza), were either definitely or probably on psychiatric drugs (we are yet to discover the whole truth with Adam Lanza, but his uncle reportedly said he was on the psychiatric drug Fanapt); however, psychiatric drugs have already been implicated in 90% of school shootings over more than a decade according to British psychiatrist Dr. David Healy! But I suppose this is just all a coincidence and we ought to go back to sleep, right?

Violence permeates our society, and has been steadily infiltrating the entertainment industry more and more to the point where it is difficult to watch a Hollywood movie these days where someone is not being verbally abusive, hitting, injuring or killing someone else at some point in the film. Video games are now being made where the sole point is to kill as many people as possible to gain the most points or to advance to the next level. Those who play these games are essentially being trained to kill and to accept it as normal. Conversely, those who really kill (soldiers in the armed forces) are now being trained via computer monitors to operate drones and other machinery remotely, very much as though they were playing a video game – but with real and deadly results. In a twisted way, the virtual world is replacing reality and making it easier for someone to press a trigger and kill when all they see is a simulated computer screen. Is it really a surprise that we see mass shootings committed in a society such as the US that bathes itself in (and glorifies) violence?

However, the ultimate root cause of the mass shootings on a societal level (outside of the darkness inside the heart of every individual) is mind control. The CIA developed mind control programs from the Nazis after the end of WWII, when they smuggled top Nazi scientists into the States to work for them under codename Project Paperclip. They named some of their covert research operation “MK Ultra“, an acknowledgment of the operation’s Nazi German origins (the German term for control is kontrolle). Since the 1940s and 1950s, the CIA has been developing mind-controlled assassins as a perfect way to murder political targets who had the power to revolutionize society (JFK, Robert Kennedy, Martin Luther King and John Lennon). Nowadays, rather than just using their mind-controlled patsies for murdering one key person, the dark NWO cabal have resorted to using their assassins for mass shootings, which not only creates mass grief, panic and fear (an energy vibration that feeds the dark forces running the world), but also creates a “problem-reaction-solution” scenario (as David Icke calls it) where people accept an imposed solution of strict gun control laws in violation of their rights, specifically the 2nd Amendment to the US Constitution. In this way, the NWO cabal disarm the public and consolidate the guns and power in their own hands, thus furthering their agenda of complete centralization of power leading to a global fascist dictatorship.

For the record, I don’t own a gun nor do I believe that violence solves anything. It only perpetuates a problem. However, I oppose tyranny in all forms including the creeping centralization of power that the NWO globalists are orchestrating, and the answer to preventing mass shootings does not lie with disarming the public. It lies with understanding the root causes of mass shootings – psychiatric drugs, video game (and other “entertainment” forms of) violence, and mind control. Only with this kind of awareness and true appreciation of the problem can we hope to heal the atrocities that took place at Virginia Tech, Aurora, Sandy Hook and other places. Only when we come to grips with the fact that the CIA and other agencies – who were supposedly created to serve and protect the people – are actively recruiting ritually abused victims and turning them into mind-controlled assassins to use against the American public, can we move beyond the anger and grief with some confidence that we can stop the senseless killing. If we do not confront the root causes and broaden our understanding, the same trick will be used on us, again and again, to further the dark NWO agenda.