and coming to light … and the most recent one (going by the pseudonym Captain Kaye or Captain K) has an astonishing story to tell. Interviewed by Michael Salla of ExoNews.com, Captain Kaye manages to recall a truly astonishing amount of detail over the course of a 5-part interview. He is highly articulate and obviously very intelligent. The sheer amount of information he is able to recall and impart makes his testimony very valuable.

Having listened to or read accounts of Mars whistleblowers over the years, many common themes arise:

Above is part 1 of the 5 part series with Captain Kaye. It is fascinating listening! 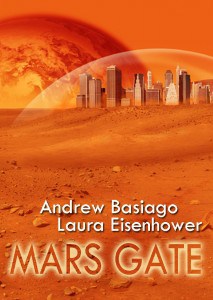 Other Mars whistleblowers who have also stepped forward and claimed to have recovered their memories and being to Mars include the following people:

Some of the above have testimonies in the form of a written account, or notes from therapy sessions (e.g. in the case of Michael Relfe), while others have stepped forward in person on video and verbally made their claims in many places (e.g. Arthur Neumann and Andrew Basiago). ToolsForFreedom has a collection of these incredible accounts on paper or DVD, including ones from Andrew Basiago and Laura Eisenhower. Laura Eisenhower did not step foot on Mars, but was targeted to be recruited to travel to Mars, as part of the Secret Space Program.

For more on the topic of Mars whistleblowers, check out the 1977 docu-drama “Alternative 3” (here on DVD). It’s a great watch and many suspect is portraying a deeper truth. Also, whistleblower Gary McKinnon hacked in to the computer system of the US military and found references to “non-terrestrial officers” and spaceships.

Some accounts are obviously more credible than others, and you as the reader will have to use your own judgement to decide. However, this information from these Mars whistleblowers is so mind-blowing, so life-changing, so cutting-edge that it supersedes so much of what we thought we knew about the Solar System, about Mars and about the true state of humanity’s technological evolution.