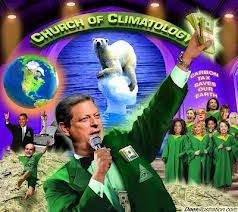 Rio+20 was a “mad gig” according to Monckton, with many green hustlers present promoting the false concept of AGW (anthropogenic global warming)

met at the Rio+20 Earth Summit in June 2012. It was, according to Lord Christopher Monckton, a “mad gig.” Why? In getting to his destination in Brazil, Monckton flew from Madrid (tagged as MAD by airlines) to Rio de Janeiro (tagged as GIG), thus making the phrase “mad gig.” Nothing could more appropriately describe the insane push towards a global carbon tax, based on fudged statistics, omitted data and the ludicrous idea that CO2 (carbon dioxide) is a poison which is warming the planet – despite the fact that it’s an essential gas needed by plants for photosynthesis.

This summit, like many other UN environmental conferences, treaties, agendas and proposed tax schemes – not to mention the Green Movement in general – are based on a fradulent premise: that man is the cause of global warming. Known scientifically as AGW (anthropogenic global warming), or manmade global warming, it is the illusory idea that man is causing higher levels of CO2 on the planet, and that these higher levels of CO2 are causing the temperature to rise. However, the film the Great Global Warming Swindle brilliantly showed that is is actually CO2 that follows a temperature rise, not the other way around. In other words, elevated temperature causes elevated CO2 levels – not vice versa.

And then there’s the question of whether the temperature is actually rising or not. Professor Ian Pilger exposed the deceptive measuring techniques used to record the temperature, indicative of a political agenda behind global warming to sell it as being true no matter what the data showed. Climategate was a Watergate-type incident that exposed the scientists who conveniently lost, omitted or changed data to make the manmade global warming theory believable. Why? Behind it all is the Rothschild-backed plan for a global carbon tax to be administered through the agencies they control: the UN, World Bank, IMF, etc. If the Rothschilds and other elites can convince everyone that carbon dioxide is the cause of all our ills, then may be we will fall for a global carbon tax and cooperate with our own enslavement.

Previous Article
9/11 Was an Inside Job says former German Defense Minister
Next Article
Obama vs Romney: The NWO Wins Either Way