The Flexner Report: How John D. Rockefeller Used the AMA to Take Over Western Medicine

The Flexner Report: How John D. Rockefeller Used the AMA to Take Over Western Medicine 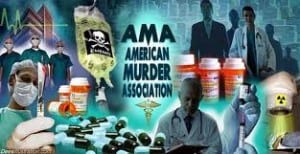 The Flexner Report (which discredited all forms of medicine except allopathy) was the tool by which John D. Rockefeller used the AMA to dominate Western Medicine with Big Pharma drugs

was a very useful tool commissioned by oil magnate John D. Rockefeller. Rockefeller had made a massive fortune with Standard Oil and was setting his sights on gaining a monopoly in the drug and pharmaceutical industry. However, first he had to get rid of the competition, which consisted of natural non-allopathic healing modalities – naturopathy, homeopathy, eclectic medicine (botanical and herbal medicine), holistic medicine, etc. Hemp was also a threat to his plans, since cannabis has tremendous medical benefit – it can be used to alleviate pain for numerous diseases and even has anti-cancer properties. How did Rockefeller deal with this? By means of the Flexner Report.

Rockefeller paid Abraham Flexner to visit all the medical schools in the US at that time. He released the so-called “Flexner Report” in 1910, which called for the standardization of medical education and concluded there were too many doctors and medical schools in America. Rockefeller then used his control of the media to generate public outcry at the findings of the report – which, by means of the classic elite strategy of “Problem, Reaction, Solution” as David Icke calls it, ultimately led Congress to declare the AMA (American Medical Association) the only body with the right to grant medical school licenses in the United States. This suited Rockefeller perfectly – he then used the AMA (which may be better called to the American Murder Association due their widespread use and endorsement of toxic vaccines, drugs, chemotherapy and radiation) to compel the Government destroy the natural competition, which it did through regulating medical schools.

We know that mono-culture crops are not as resilient as a diversity of crops. Same goes for thought. With all the hundreds of different healing modalities out there, why would we want to narrow it down to one system, if we were truly interested in health?

After the Flexner Report, the AMA only endorsed schools with a drug-based curriculum. It didn’t take long before non-allopathic schools fell by the wayside due to lack of funding. Thus, Rockefeller had his monopoly on drugs, and Big Pharma and Rockefeller Medicine were born – and has only grown bigger and more terrible since, now routinely bribing doctors to prescribe their toxic and side effect-laden pills, not to mention their autism-causing vaccines. Rockefeller, the AMA and Big Pharma are now all key aspects of the NWO (New World Order), but it all started with the Flexner Report.

Previous Article
The Rothschilds Own Israel – and Direct its Genocidal Policy
Next Article
Chemtrails: The Toxic Aerial Spraying Program