What is the New World Order?

What is the New World Order? 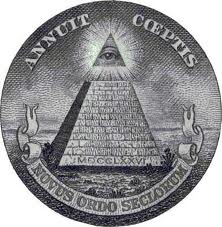 What is the New World Order? As the symbol of the pyramid and all-seeing eye above shows, the NWO is a plan for world domination with a strict hierarchy of rulers and slaves.

What is the New World Order (NWO)? It is a rich and powerful group of mostly genetically-related individuals,

including many of the world’s top politicians, international bankers, heads of military and intelligence, corporate elite and so-called “royal” bloodlines, whose agenda is to create a fascist, militaristic One World Government. Their plan is to back this planetary-wide centralized dictatorship with a one world currency and army, and wipe out the middle class to leave a hierarchical society with just rulers and servants (or slaves). In order to achieve complete domination and secure their power indefinitely, they want to have the servant class microchipped and mind controlled – so they can control every aspect of life and stop a potential rebellion before it happens. So what is the New World Order? It is no understatement to say that the New World Order is the greatest conspiracy the Earth has ever faced, and the biggest threat to a free and peaceful humanity in the years to come.

The New World Order agenda is strongly aligned with eugenics, the pseudo science of “improving” the human population by controlled breeding to increase the occurrence of desirable heritable characteristics. Many NWO leaders also believe they have the divine right to rule, an old-fashioned concept used by many so-called “royal” bloodlines to deceive the population into accepting them as rulers. They espouse Darwin’s theory of survival of the fittest, think of themselves as inherently superior and falsely (and dangerously) believe they have the right to control the destiny of humanity – by deception, coercion and brute force if necessary. This has led many NWO insiders (such as Ted Turner) to propose depopulation of the Earth to leave around 500 million surviving – a much more “manageable” amount – as is laid out in stone in the mysterious Georgia Guidestones. The New World Order Controllers plan to carry out their depopulation through various means such as war, famine, vaccines, poisoned food and water supplies (e.g. aspartame and Genetically Modified Organisms or GMOs) as well as by harnessing the latest technology and weaponizing it against the masses. As you can see, there is a strong current of Satanism and darkness running through the New World Order.

The worldwide aerosol spraying of chemtrails into the atmosphere, also known as geoengineering, is being conducted for several reasons, one of which is to slowly poison those exposed to the fallout. Geoengineering is linked with HAARP, the High Frequency Active Auroral Research Project, an array of antennae with the power to blast the ionosphere and induce earthquakes and other environmental disasters. Geoengineering has also joined forces with transhumanism, a 21st century continuation of the eugenics movement which is pushing the idea of “enhancing” humanity by injecting or inserting technological devices into the human body. By releasing nanoparticles into the environment all over the planet, the geoengineering and transhumanistic agendas threaten to alter the DNA of all life on Earth, including mankind, and turn us into a race of half-human, half-machine creatures. Although it is being marketed as sexy and cool to insert an electronic device into your body, the New World Order Controllers plan to exploit such devices to remotely monitor and control those who use them, and thereby turn the rest of the population into a sterile, submissive and obedient workforce.

The Top of the Pyramid

The New World Order could more aptly be named the Old World Order, since it is a diabolical scheme that has been around for millenia. However, many people wonder: who is at the top of the pyramid? The New World Order is run like a multinational corporation in a strictly hierarchical and compartmentalized way, meaning the flow of information is restricted and those on the lower rungs of the ladder are deliberately left in ignorance about the real agenda. At the top of the pyramid we have the Round Table (first formulated by Cecil Rhodes), which is composed of many New World Order secret societies and front groups, such as the Club of Rome, the Bilderberg Group, the Council on Foreign Relations, the Trilateral Commission, the Royal Institute for International Affairs, the Committee of 300 and the United Nations. Secret societies such as the Illuminati, the Bohemian Club (which conducts ritual sacrifices at the Bohemian Grove), Skull ‘n’ Bones and Freemasonry also constitute powerful NWO groups. Many individuals are multiple members of these groups. Since the New World Order is shrouded in such mystery, it is difficult to say with absolute assurance who the ultimate power-holder is; but, evidence points to the Vatican as being the ultimate power behind all the groups, and behind the Vatican, the Jesuits (Society of Jesus), led by their “Black Pope.”

The New World Order Agenda is the Alien Agenda

What is the New World Order agenda? The same as the alien agenda. Although some NWO and conspiracy researchers find it hard to accept, the intriguing puzzle of the New World Order does not stop at the Rothschilds, Catholic Church or the Jesuits; the story goes off-planet. There is strong evidence that humanity was seeded by ETs (Extraterrestrials) who are still here, influencing the events occurring on Earth. Many of them live in underground military bases; some are reptilian. Although the people at the top of the pyramid appear to be all-powerful, they themselves are under the psychic influence of other-dimensional entities – which they invoke during their Satanic and Luciferian rituals. It may seem bizarre, but truth is stranger than fiction. Many credible people, including rational and grounded ex-military individuals, have stepped forward to attest that they have personally seen these ETs. Some have even lost their life for revealing the truth (e.g. Phil Schneider). Numerous ET abductees and contactees have stories which contain exactly the same themes, despite the fact these people are independent witnesses and do not know each other. Check out the evidence of the alien agenda for yourself.

Although learning about the New World Order often brings up feelings of anger, overwhelm and fear in people, it’s important to remember that it is just a plan; it’s not set in stone. The sociopathic and psychopathic people running the NWO are not as all-powerful as they think. Ultimately, humanity has the numbers. It is impossible for the few to control the many – in this case a couple of thousand to control 7 billion – unless the many obey, comply and do not resist. Becoming aware is the first step to combating tyranny and reclaiming freedom, so get informed now, while the battle is in the balance and there is still a good chance of defeating the New World Order.

Previous Article
Geoengineering Methane Crisis: Runaway Levels Threaten All Life on Earth
Next Article
Gap Between Rich And Poor Manipulated to be Wider and Wider