The Real Target of the Russo-Ukraine War is You

The Real Target of the Russo-Ukraine War is You 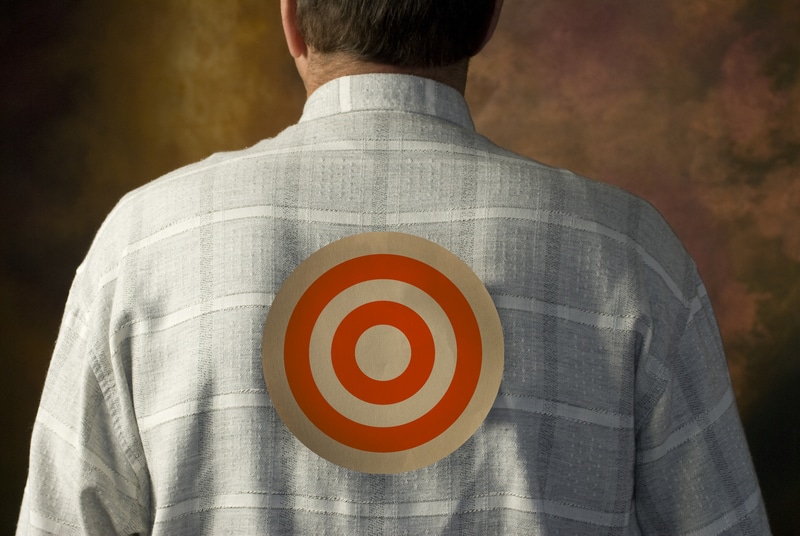 The real target of the Russo-Ukraine War is not Russia, Putin or even the Russian public. It’s the average Westener. Find out why.

You are the Real Target

of the Russo-Ukraine conflict. Over the last 8 months, the intensity of the attack against the average Westener and average world citizen has increased. We have been subjected to skyrocketing inflation, out-of-control gasoline prices, food shortages and energy disruptions. When the cost of living goes up, the standard of living goes down. None of this is coincidental. You are living through a coordinated assault on the basic necessities of life – food, gas, energy – designed to throw you into survival mode and to make you more dependent on the government. With dependency comes control. Why is all this happening? Who is doing it? How are they doing it?

The Russo-Ukraine conflict which began in February has provided a very convenient scapegoat for the US Government. Russophobia – the irrational fear of Russia and all things Russian – has been on the rise for the last 6 years or so, accelerating after Trump beat Clinton in the 2016 US Presidential (S)election. Hillary and the Democrats, being sore losers, couldn’t bring themselves to admit they had lost because her corruption and message didn’t resonate with the majority of the American public, and so they proceeded to concoct allegations of fantasy about ‘Russian hacking’ and ‘Russian interference’ in US elections which never stood up to scrutiny. Despite being evidence-free, these allegations changed public perception and helped cement the idea of Russian President Putin being a bad guy and the new enemy du jour.

Fast forward 6 years and now Biden has been blaming Russia as the reason for rising gasoline prices here in the USA. However, that ignores a couple of inconvenient facts, namely that gas was rising well before Russia invaded Ukraine, and economically speaking, there is no logical reason why the actions of another nation would affect the domestic prices of an oil-exporting nation like the US. This video by Mark Moss explains what’s really causing gas prices to skyrocket and cuts through all the nonsense.

The Spectacular Backfiring of US-Led Sanctions Against Russia

The American and European sanctions against Russia have backfired spectacularly. The point was to isolate Russia, teach it a lesson and crash the ruble, but the ruble is stronger than before and Russia is now making more money than pre-sanction. It doesn’t appear to make sense, however in a Machiavellian way, it makes perfect sense. Why? Because the real point of the sanctions was to harm YOU (i.e. the average American, European and Westener) – not Russia! With all these sanctions, the US and the EU (European Union) shot themselves in the foot while claiming to be hurting Russia. To be accurate, they are shooting the feet of their average citizens, those in the lower and middle classes who are now bearing the brunt of all the insane anti-Russian sanctions. Because the world economy is so interconnected, these sanctions have now made it more difficult for Westerners to get the same products at the same prices. Rampant inflation affects the lower and middle class the most, not the upper class who can afford to absorb the price increases. The Dementia-Patient-in-Chief, US President Joe Biden, has been saying the inflation is also Putin’s fault. Yes, that’s right – Putin’s fault for the inflation caused by the US Federal Reserve’s excessive printing of US dollars that happened in the last 2-3 years under both Trump and Biden!

As with Gas, so with Food and Energy

As happened with gas, so it is with food. Putin and Russia were blamed for invading Ukraine, destroying the ‘breadbasket of Europe’ and increasing the costs of grains, however Russia has been very careful in the conflict thus far to not target civilians or Ukrainian infrastructure. Food prices have been going crazy however there may be another sinister reason for this. Have you heard about the mysterious phenomenon of US food distribution centers catching on fire and burning down? The count is over 100 now and still rising. What are the chances that this many food centers would randomly catch on fire? Just a coincidence, or someone deliberately targeting them to create artificial scarcity and push food prices up?

It’s the same story with energy. There has been a national push to get people to buy new electric cars (despite their astronomical cost) using the reasoning that they avoid gasoline (and thus high gas prices). However, a closer examination of this leads us back to a deeper agenda we have uncovered before: Agenda 2030. Agenda 2030, formerly called Agenda 21, is the overarching agenda to use the green/environmental movement to turn the planet into a technocratic, transhumanist world, run by AI (Artificial Intelligence) and attempting to entice people to merge with machines. This green agenda is all about carbon rationing and energy rationing. In fact, those running this scheme want to give you a ‘carbon allowance’ for your total energy usage that you cannot exceed. California has banned gas-powered lawn equipment devices like mowers, blowers and weedwhackers, and plans to become the first US state to ban gasoline cars by 2035. This deindustrialization will take the US backwards and make the average person more dependent on the government. The absurdity of it all is underscored by the fact that electric vehicles have to get their power by being plugged into the grid … which more often than not is powered by coal, oil and natural gas! The whole thing is a joke. It’s not true environmentalism or concern for the planet, but rather a nice-sounding cloak to hide a power grab.

The underlying theme uniting all of these things – inflation, rising gas prices, rising food prices, energy shortages and more – is that they are squeezing people into desperate situations. They are bringing people down into survival mode. Not only will this lead to a rise in depression and suicide rates (as happened during the COVID scamdemic psychological operation), it will lead people to break down and go begging to the government for help, feeling like they have no other option. Then, once the government hands out welfare, people become more dependent on it, thus easier to control. So-called ‘help’ from Big Gov always comes with strings attached. At first, the handouts may be free, but sooner or later, the handouts come with conditions. After all, the handouts are a privilege not a right, and those granting the privilege control the terms and conditions of the gift. Sooner or later, Big Gov may say something like this: “If you want to keep receiving your handout, please ensure your vaccine schedule is up to date.” Or if isn’t vaccines, it could be programmable CBDCs (Central Bank Digital Currencies). People would have no choice but to use this ‘money’ (a glorified gift voucher) if their welfare came in that form. Eventually, the government could not hand out any welfare at all to those whose mere opinions (expressed either on social media or privately) were deemed ‘wrongthink’ by the state. There’s really no limit to how far the government could take this in terms of violating people’s rights if those people became utterly dependent upon the government for the basic necessities of life.

Will the Russo-Ukraine conflict escalate into World War III? It has the potential to, but in the end, it’s important to recognize that wars are not the same as they used to be. You’re already living through WWIII! It’s a different kind of war, a hybrid war or 4th generation/5th generation war (4GW/5GW) that blurs the lines between war and politics, and soldiers and civilians. It includes new forms of assault such as propaganda, cyber attacks, supply chain disruption, EM (electromagnetic) attacks and infrastructure destruction … which can effectively win a war for the aggressor without it ever needing to deploy its own troops in the attacked country. From this perspective, the US and Russia are already at war. Years ago I discussed 4GW in relation to the USA’s attacks on Venezuela.

On one level, all these types of war are perpetrated by one nation against another. However, on another level, all these nations are controlled by a force which uses them like offices of a giant multinational corporation, staging conflict between them to bring about a One World Government or New World Order where the real target is the average person. That means you.

The 9/11 false flag operation of 2001 paved the way for the War on Terror and the vague enemy of Islamic terrorism. When that lost its value to scare people, we were hit with Russophobia as the 1950s Cold War ramped up again. Then, in late 2019, the COVID scamdemic paved the way for the War of Bioterror and more invisible enemies: a fake killer virus and a world where supposedly everyone was an ‘asymptomatic carrier’ who could spread disease, and thus a kind of ‘enemy’ to public health who had to be locked down and vaxxed. Whatever ‘war’ is happening, isn’t it curious that they all lead to the same result: the stripping of your wealth, rights and freedom?

Slow-Moving WW3 whose Real Target is You

In conclusion, remember: all the inflation and conflict is aimed at you. The slow-moving WW3 through which we are living gives the opportunity for the control freaks in power to destroy the middle class and make life harder for the average person. Sanctions, supply chain disruptions and the rising cost of living disproportionately affect you, not the ruling class, no matter what excuses they give for it. Emergencies and crises – most especially wars – give governments the ultimate free pass to treat their citizens in draconian ways they could not normally do. Now is the time to wake up to the bigger agenda. Take matters into your own hands by taking more control over your health, wealth, mobility and independence. Your health is your biggest wealth, so build up your health reserves and get your house in order. Do what you can to have spare assets (whether cash, other forms of money, wood, energy, real estate etc.) stocked up so you are less likely to become dependent on Big Gov. Do what you can to not be reliant on Big Pharma drugs. Educate yourself to broaden your perception and become more aware of the plans afoot to enslave you. Your happiness and freedom are at stake.

Makia Freeman is the editor of alternative media / independent news site The Freedom Articles, author of the book series Controversial Truths Revealed (Cancer: The Lies, the Truth and the Solutions and 40 Incredible Real Life Alien Abductee and Contactee Experiences) and senior researcher at ToolsForFreedom.com. Makia is on Odysee/LBRY.