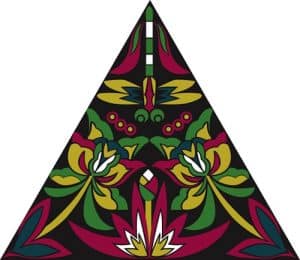 Via Project Dragonfly, Google has been caught helping the totalitarian communist Chinese Government to further surveillance & censorship of its people.

is the name for Google’s recent attempt to break into the Chinese market. Just like Apple, Facebook and other tech giants, Google has shown itself to be willing to bend over backwards to do business with the totalitarian communist state and the most populated country on Earth. A leaked memo proves that Google has been planning Project Dragonfly to tailor their search engine capability to Chinese-style censorship. Dragonfly allegedly contains code that requires users to log in to perform searches while censoring the search results for certain terms. It also tracks a user’s location and shares the data with a Chinese partner, meaning that ultimately it would end up in the hands of the ruling Communist Government.

So what data exactly does Dragonfly gather and how? A Google memo reveals that the prototype plans to force users to sign in, and connects users’ searches with their personal phone number. Users’ movements would be stored, along with the IP address of their device and links they clicked on. Additionally, content which is deemed sensitive or inappropriate by the Chinese Government would be encoded not to return any search results, such as content related to democracy, human rights and peaceful protest. The Intercept reports:

“Previously undisclosed details about the plan, obtained by The Intercept on Friday, show that Google compiled a censorship blacklist that included terms such as “human rights,” “student protest,” and “Nobel Prize” in Mandarin.“

Since Google is operating Dragonfly as a joint venture with a Chinese company, the data would end up in the hands of this company, which would make it easy for the Chinese Government to get a hold of it. Thus, Google is helping to create situation where people can only access limited information and are intimidated not to search for any controversial information, because they cannot do so anonymously. 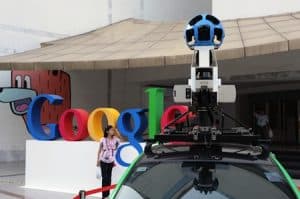 If you were a Chinese citizen, would you want to search for anything outside the accepted limits of political discourse, or even the norms of perception (small as they are for most people), knowing that merely searching for it would place you on a blacklist? And then get you punished, euphemistically re-educated or killed? Remember, globalists such as the late David Rockefeller have held up authoritarian China as a New World Order (NWO) model. China is already implementing its draconian sesame credit or social credit system which assigns a number to each citizen based on how “good” they are. It’s the gamification of control and part of the alarming trend of how technology is being adapted not to help our lives but to seal our prison cells.

Some people at this point may think: why the hell would Google cooperate with such a totalitarian regime? Doesn’t Google have values? Yes it does, but those values are not what you think. Google has quickly become the spearhead corporation of the NWO. It is best to think of Google not as a separate, private company, but rather an extension of the US Government, or more specifically, an extension of the US MIC (Military Intelligence Complex) who funded it with seed money. For the background to this, see articles such as Google’s true origin partly lies in CIA and NSA research grants for mass surveillance:

“Intelligence-gathering may have been their world, but the Central Intelligence Agency (CIA) and the National Security Agency (NSA) had come to realize that their future was likely to be profoundly shaped outside the government … In fact, the internet itself was created because of an intelligence effort: In the 1970s, the agency responsible for developing emerging technologies for military, intelligence, and national security purposes—the Defense Advanced Research Projects Agency (DARPA)—linked four supercomputers to handle massive data transfers. It handed the operations off to the National Science Foundation (NSF) a decade or so later, which proliferated the network across thousands of universities and, eventually, the public …”

In a nutshell, Google only became what it is today because the MIC was funding numerous grants to researchers (like Google co-founders Sergey Brin and Larry Page) and was therefore able to shape their research:

“Did the CIA directly fund the work of Brin and Page, and therefore create Google? No. But were Brin and Page researching precisely what the NSA, the CIA, and the intelligence community hoped for, assisted by their grants? Absolutely … The CIA and NSA funded an unclassified, compartmentalized program designed from its inception to spur the development of something that looks almost exactly like Google.”

Google has been showing its true colors in the last 2 years. They have:

– removed “Do no evil” from their motto;

– tried to rig the US election for Hillary Clinton (in various ways, e.g. by suggestive search results leading users to positive news stories about her);

– cooperated closely with the MIC by signing deals such as Project Maven (which uses Google AI for drones and surveillance);

– “accidentally” released a disturbing video entitled “The Selfish Ledger” which aims to harvest all user data to make species-wide predictions about humanity, develop an AI with Google’s values, and outline a plan for people to hand over their conscience and decision-making capacity to this AI. There agenda is nothing short of directing human evolution!

What’s not to trust?

Conclusion: Get Away from Google as Much as You Can

For any freedom-loving, truth-seeking person, there can only be one solution to this: get away from Google as fast as your legs will take you. Stop using their “free” search engine, email or other services because there’s nothing free about it when your data is being harvested and used against you. Realize the truth: Google will gladly modify its “values” whenever it wants for profit and control. It will closely work hand-in-hand with tyrants, whether it’s Chinese communists or US MIC fascists, to promote a world where you have absolutely no privacy and no freedom – unless you mean the freedom of looking from one ubiquitous surveillance camera to another, while knowing you are being forever watched, tracked, harvested and exploited.