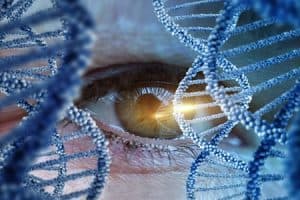 Google has now made it clear what it plans to do with your data: behavior modification, social engineering and directed human evolution via the “Selfish Ledger”, i.e. AI.

The Selfish Ledger is the title

of a leaked Google video released earlier this year in May 2018. Now, a few months later, it’s worth taking a closer look at this apparently leaked vid. The title is quite innocuous and not so fitting, belying the creepy agenda of military fund-seeded Google to control and own you by taking over your data. This will be a digital, corporate-owned ledger. Google wants a complete ledger of your life – a complete account using extensive data of all your actions, decisions, preferences, movements and relationships. It then wants to use pattern recognition and other tools with this data to direct your life. At first, this so-called Selfish Ledger will be user-driven, but the implication is that soon thereafter it will be driven by the ledger itself (i.e. AI) programmed with “Google’s values” (whatever they are). The deeper meaning of the Selfish Ledger is shocking: Google freely admits that it is aiming for complete species-wide understanding with the Selfish Ledger, and thus to be able to direct human evolution.

What is the Selfish Ledger?

As described in the video, the Selfish Ledger will be a complete record or account of who you are. The word “ledger” denotes accounting, numbers and (now) blockchain. Google is planning to pitch the idea to the public by presenting it as a “selfish” ledger that is all about you. They state in the video that initially the ledger would be user-driven. So, the user would select “the volition” of the ledger, e.g. input the goals or values, then allow the ledger to help him/her make better decisions to reach those goals. The video states people would initially use it in the areas of health or environmental impact, then measure themselves up to it. Google gives the examples of the ledger suggesting to the user where they could buy locally-sourced bananas or how they could carpool (better environmental choices). The ledger could also be used to suggest entirely new, custom (bespoke) and never-before-made products for people based on their data (needs and preferences, which it would know intimately). The ledger would rely on all existing data.

Google = Do a Lot of Evil

However, the video quickly moves on to point out how the Ledger could then seek other data sources to fill the data gap. It also implies that after the initial period, Google would provide the Ledger with the goals, and the user would therefore be molded and directed to adhere to objectives and values which he or she did not choose. Google’s values appear to be anything but good or neutral. They recently dropped their original company motto of “do no evil” (didn’t want to be hypocritical I guess) and were caught numerous times flagrantly rigging the search algorithms in Hillary Clinton’s favor during the 2016 US presidential elections (but don’t worry about that because it was all the evil Russians’ fault). Google simply fires employees who speak out against its bias and ideology (e.g. James Damore). Google has never really been about a “search engine” but rather a filter, censor and controller of information. Google-owned YouTube has been an active purger of alternative channels for years now. Google’s philosophy is clear; it’s motto may as well be We decide what information you will be permitted to access. They are even helping China, under a project code-named Dragonfly, by building a massive censorship search engine which will “blacklist websites and search terms about human rights, democracy, religion, and peaceful protest.” 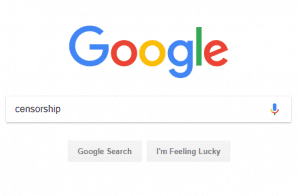 Will You Allow the Selfish Ledger AI to be Your Conscience and Auto Pilot?

The Selfish Ledger video is quite explicit in what it advocates. It’s the same agenda many in the freedom movement have been exposing for quite some time: transhumanism.

Episode 1 is entitled “Il Grillo Parlante” (Italian for talking cricket) which is a reference to Disney’s Jiminy Cricket, who was Pinocchio’s conscience. The idea is that Google wants you to let the Ledger/AI be your conscience. The idea is to goad you into giving up control and autonomy and to learn to trust the “machine.” Episode 2 is about the self-writing quill, a reference to Cornelius Fudge, a character in the Harry Potter series.This is a continuation of the same theme of letting AI run your life, with the promise of great comfort, ease and convenience by allowing the machine to run things on auto-pilot. As Melissa Dykes of Truthstream Media points out in her analysis, the user ends up being gamed or modified in a constant feedback loop by AI that decides the values. The person no longer makes decisions using the machine as a tool; the machine makes the decisions and carries the person along with it.

The third and final part, episode 3, contains the Latin phrase unus pro omnibus which can be translated as “one for all.” The 8-minute video is filled with scenes of ants and bees, so that subtext is that we’re being led into a hive-mind society controlled by AI, a collectivist “one” world for “all” where individuality is obliterated. The overt message is that data outlives us. Our DNA has been mapped. Now, certain parts can be targeted for modification to achieve a specific result, a technique known as behavioral sequencing. Google wants to think of user data as multi-generational, wants new generations to use previous generations’ data stream/trail. Google will be able to make very accurate predictions based on previous generation’s choices.

Google wants to become “God” at pattern recognition, growing to the point where it can pioneer, in its own words, “species-wide” prediction.

As much as Google tries to portray the Ledger as a great tool for innovation and understanding, the truth is that it will be used for social engineering on a never-before-seen scale. If one organization had access to everything about you – from your likes/dislikes to your purchase history to your web-browsing habits all to the way to your health records, your personal conversations and even your DNA – they would literally know you better than you know yourself. Manipulation becomes easy. Directing you in ways that you can’t detect also becomes easy.

It is important to remember here that Google is a for-profit corporation with deep ties to the US Government and US Military Intelligence Complex. The internet itself grew out of an old military communications system, and Google could not have become the behemoth it is today without seed money from the CIA and other such alphabet soup agencies. Google makes algorithms, products etc. to achieve a certain purpose. Yes, it already makes billions of dollars taking your data and selling it to advertisers, but that is peanuts compared to where this is going. Yes, it already surveils and spies on you, but now, this video is ever more proof that Google is being used by the NWO to usher in the age of transhumanism.

Data will be used for behavior modification to a high degree. The Ledger/AI is planned to become the ultimate tool for social engineering by encouraging you to hand over your thinking, your decision-making capacity and even your conscience (the very thing that makes you human and different from a machine). How can a machine ever replace the human conscience? Will you be fooled into buying into the promise of the Selfish Ledger?

We live in a world where we leave a constant data trail, even if we don’t use so many electronic devices. Google is sucking up so much of that data. Now this “internal” Google video leaked to the public reveals Google’s agenda. Data will be used for behavior modification; the “selfish ledger” will be driven at first by the user, but soon will run on auto-pilot, powered by AI and Google’s values – not yours. This means never-before-seen NWO social engineering and, if Google gets their way, directed human evolution on a species-wide scale. This is a vitally important topic to understand as we head into an AI-driven future.

Remember: all of your data can and will be used against you.

One solution to this is to take care of your data way more carefully. Keep more of your life offline. When you communicate, use encrypted email services (ProtonMail, HushMail, StartMail) or encrypted text message/SMS services (Signal, What’s App, Viber) as much as possible. Some of these even have encrypted voice calling. Avoid pointless social media interactions that only serve to portray a glorified image of yourself to the world. With more and more companies offering end-to-end encryption, why not make a change and support companies offering this? If you don’t try to take back control of your data, and treat it like a precious commodity, it will be used against you.