The People Have the Power

The People Have the Power 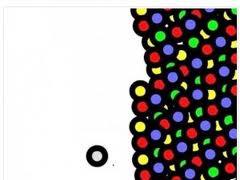 This is the relative size of our leaders and us. Why are we letting them boss us around?

We the People have the power.

We are many, they are few. Any self-proclaimed “ruler” or so-called “authority” only has as much power as we invest in him or her. Politicians are representatives. They are meant to represent us – not order us around and tell us what to think, say and do. The proper relationship between We the People and Government, or We the People and politicians, is a master-servant relationship. That’s why people who work in giant bureaucracies are called public servants. Remember, Government was created to serve us, not to tyrannize us. As A Complete Course in Sovereignty explains, humans come higher up in any hierarchy than a “thing” or abstract concept, such as “government” or the “State”. People have committed all sorts of injustices and atrocities by falling for the trap of collectivism, believing the good of the many is more important than (and should be forced upon) the good of the few.

Sadly, many have forgotten Who They Really Are – a spiritual being, an infinite consciousness on a human journey with a spacesuit body – and have fallen into the trap of thinking they are victims and powerless to change anything. Nothing could be further from the truth. The sheer number of “ordinary” citizens versus leaders, as this brilliant clip shows, is enough to guarantee that we are capable of controlling the direction of society. It just comes down to political will. Apathy and complacency are standing in the way. As John Lennon said, “war is over, if you want it.” Many people have asked the question of what would happen if they declared a war, but no one showed up. Similarly, Albert Einstein reminded us that “the pioneers of a warless society are those youth who refuse military service.”

We the People have the power. We always have and we always will. The only question is: how much more are we going to take before we use it?