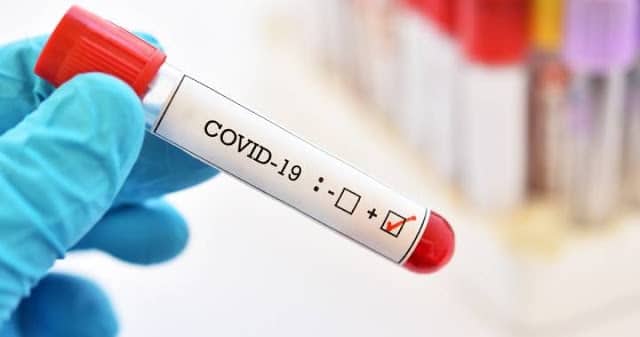 of the Covid-19 outbreak is led by the tag-line, “Navigating a world reshaped by Covid-19.” Their articles reflect an eager embracement of the public hysteria prompted by Covid-19’s spread, the socioeconomic paralysis it has created, and the many profitable solutions – particularly those involving technology – proposed to “shape” the world post-Covid-19. It should come as no surprise that a corporate-influenced outlet hiding behind academia and technology would take issue with anyone casting doubt on just how warranted all of this hysteria really is or isn’t – going as far as labeling them “pandemic skeptics.” This is particularly the case when MIT Tech Review covered the work of researchers at Stanford University who found a much larger number of people are infected with Covid-19 than reported – meaning that the death rate is much, much lower than we’ve been told. In fact, MIT Tech Review had to admit that the actual death rate is likely under 0.2%, which means its is about as “dangerous” as the common flu. If the common flu isn’t “reshaping the world,” Covid-19 certainly isn’t – at least not the pathogen itself.

Instead of acknowledging the work of Stanford University as an important advancement in our understanding of Covid-19 and a check against public hysteria – MIT Tech Review peppered their article with oblique smears against the team who carried out the study. The headline includes the subtitle (emphasis added), “A study from a noted pandemic skeptic suggests the virus is more widespread but less deadly than people think.” We know that the suffix “-skeptic” is added to undermine the credibility of people who call into question widely promoted narratives. The article also uses the term “data skeptic” to describe John Ioannidis who helped carry out the study.

Ioannidis, a Stanford medical statistician and a coauthor of the new report, made waves in March by suggesting the virus could be less deadly than people think, and that destroying the economy in the effort to fight it could be a “fiasco.”

Ioannidis’ statement regarding Covid-19 – even without the results of this study – is already self-evident even if looking only at available and limited statistics regarding Covid-19 infections versus deaths and the demographics hit hardest. But Stanford’s findings not only bolster Ioannidis’ statement – the findings were predictable. An RT article titled, “How likely are you (yes, you) to die from the Covid-19 virus?,” published over a month ago predicted (emphasis added):

When the worst of the crisis is over, the real overall death rate will potentially be significantly lower than the reported one — since many people will contract the virus but remain asymptomatic or display only mild symptoms and will never get tested at all.

Indeed, Jeremy Samuel Faust, a physician at Brigham and Women’s Hospital wrote in Slate that the frightening death rates are “unlikely to hold” as time goes on and that the true fatality rate is “likely to be far lower than current reports suggest.”

Stanford’s study confirms this. And it makes sense. Infection and death rates can only be determined by actually testing people – and the narrative the world has been presented is that not enough testing can be done because of a lack of testing kits, and those being tested are people who are already ill and showing symptoms. Obviously if many more people have little to no symptoms and aren’t being tested – they also aren’t making it into Covid-19 infection statistics and thus “death rates” are artificially high because of this. If many more people are getting the virus and not dying, the death rate obviously goes down – in this case – drastically so.

The Guardian in an article titled, “Antibody study suggests coronavirus is far more widespread than previously thought,” would report:

The study from Stanford University, which was released Friday and has yet to be peer reviewed, tested samples from 3,330 people in Santa Clara county and found the virus was 50 to 85 times more common than official figures indicated.

The article would also reluctantly note that (emphasis added):

That also means coronavirus is potentially much less deadly to the overall population than initially thought. As of Tuesday, the US’s coronavirus death rate was 4.1% and Stanford researchers said their findings show a death rate of just 0.12% to 0.2%.

MIT Tech Review is based out of the prestigious Massachusetts Institute of Technology – the university the magazine is named after. Why – instead of an oblique smear against the Stanford team who carried out the study – didn’t MIT go out into their local community and carry out a similar study to compare results?

Isn’t that what real scientists are supposed to do?

MIT Tech Review closes its article on the study by reasserting a narrative meant to stoke panic and allow the publication to continue on with its “a world reshaped” theme, claiming:

Overall, there are more than 30,000 covid-19 deaths in the US, more than in any other country, so it’s hard to find good news in the blood surveys even if you are looking for it. If the Santa Clara study is accurate and the death rate is lower than many think, covid-19 is still going to lead to a shocking accumulation of bodies if it moves through the rest of the population, which explains the extraordinary stay-at-home measures in place in most of the country since March.

If 30,000 have died in the US because of Covid-19 since the virus appeared in December, that means another 30,000 would need to die this month and next in order for it to even match a moderate to severe annual flu season which runs from December to May.

So – no – there is not going to be a “shocking accumulation of bodies” unless Covid-19 deaths are presented to the public by the media out of context deliberately to shock uninformed audiences. And thus – obviously – it does not “explain the extraordinary stay-at-home measures in place in most of the country since March” or the hysteria promoted by MIT Tech Review in its other Covid-19 articles.

Studies will continue to emerge proving what many have already known – that Covid-19 the pathogen is nowhere near the threat we were told and nowhere near justifying “Covid-19 the hysteria.” Society is in the crosshairs for transformative policies enacted by the very interests who hyped the outbreak in contradiction to scientific fact, not because of it.

It is important to expose this and more importantly to resist it. It is also important to ensure that the governments, politicians, “experts,” institutions, and corporations that were involved in hyping Covid-19 and all the socioeconomic damage it has done never be allowed to do so again.