How You Can Be 100% Certain That QAnon Is Bullshit

How You Can Be 100% Certain That QAnon Is Bullshit

[This is a May 2019 article from Caitlin, still very relevant today – Ed.] 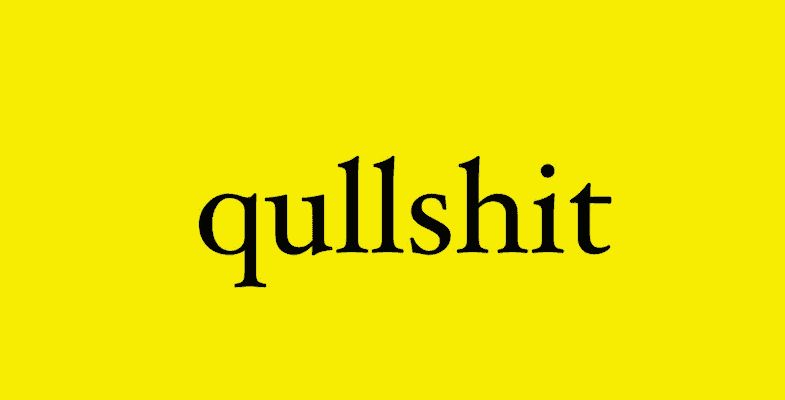 No matter what, the Q-Anon cult always excuses Trump’s actions and can never sufficiently prove or validate Q’s drops, quite a few of which have turned out to false predictions.

President Trump has yet again

advanced an evil longstanding agenda of America’s depraved intelligence and defense agencies, so as usual the Q-Anon or QAnon cult is out in force telling everyone not to worry because this is all part of the plan. Ever since WikiLeaks founder Julian Assange was slammed by Trump’s Justice Department with a mountain of espionage chargescarrying a possible sentence of 175 years in prison, QAnon acolytes have been showing up in my social media mentions with screenshots of a new post from the mysterious 8chan anon assuring us all that Assange is actually being protected by Trump.

The post reads in the typical QAnon cryptic word salad style that its adherents often annoyingly imitate when normal people try to engage them in an adult conversation:

I find this subject very tedious, and my regular readers aren’t generally the types to fall for this sort of toxic propaganda construct, but I’m putting this information out there anyway as a public service since many people are being deluded by it.

If you’re one of those fortunate enough to be unfamiliar with the QAnon phenomenon, in October of 2017 odd posts began appearing on the anonymous message board 4chan, which is wildly popular with trolls, incels and racists. Those posts ceased appearing on 4chan and moved to a related site, 8chan, where they continue appearing to this day. The poster purports to have insider knowledge of a secret, silent and invisible war that President Trump has been waging against the Deep State with the help of the US military and various “white hats” within the US government, and shares snippets about this war with 8chan users in extremely vague and garbled posts.

Here are three reasons you can be absolutely, 100 percent certain that it’s bullshit:

Previous Article
COVID Psychological Stress Being Applied to Break Resistance to Vaccine
Next Article
Your Man in the Public Gallery: Assange Hearing Day 9