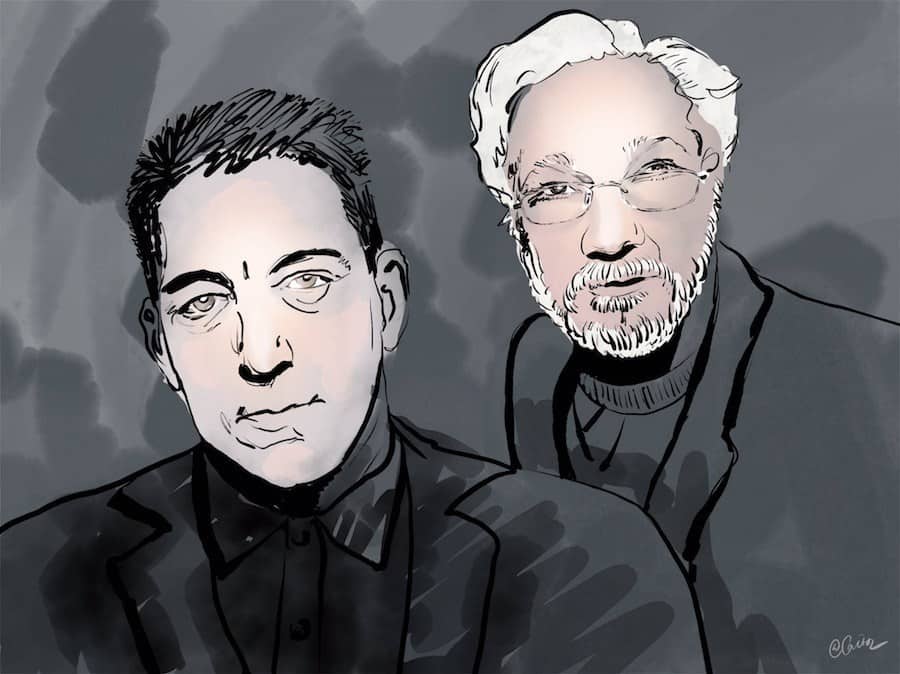 The Empire’s War on oppositional journalism continues to escalate, as Glenn Greenwald has been arrested for publishing texts of Brazil’s political elite.

The Empire’s war on oppositional journalism

continues. It seemingly can’t tolerate diverse opinion and the dissidents who think, speak and write them. The predictable result is ever more censorship. Journalist Glenn Greenwald has been charged by the Bolsonaro government in Brazil with the same prosecutorial angle used by the US to target WikiLeaks founder Julian Assange.

Per The New York Times:

Citing intercepted messages between Mr. Greenwald and the hackers, prosecutors say the journalist played a “clear role in facilitating the commission of a crime.”

For instance, prosecutors contend that Mr. Greenwald encouraged the hackers to delete archives that had already been shared with The Intercept Brasil, in order to cover their tracks.

Prosecutors also say that Mr. Greenwald was communicating with the hackers while they were actively monitoring private chats on Telegram, a messaging app. The complaint charged six other individuals, including four who were detained last year in connection with the cellphone hacking.

This argument is essentially indistinguishable from the argument currently being used by the Trump administration in charging Assange with 17 counts of violating the Espionage Act. The US Department of Justice alleges that Assange attempted to provide Private Manning with advice and assistance in covering her tracks while leaking documents she already had access to, therefore making Assange party to a conspiracy against the United States.

It is not surprising that Brazil is advancing the same war on journalism we’ve been seeing in the US, UK, Australia and France. With the election of the overtly fascist Jair Bolsonaro in October 2018 (an election whose corrupt foundations were exposed by Greenwald’s reporting with The Intercept Brasil), the Brazilian government moved into full alignment with the the US-centralized empire, which was why his inauguration was enthusiastically celebrated by characters like Donald Trump, Mike Pompeo, John Bolton and Benjamin Netanyahu.

In exactly the same way we saw a coordination between the US, UK, Sweden, Ecuador and Australia to immobilize, and then silence, and then imprison Julian Assange, we are seeing a uniform movement toward silencing oppositional journalism throughout the entire US-centralized empire. This is because a rising China and the increasing coziness of the cluster of nations which have resisted absorption into the imperial blob greatly imperil the USA’s position as the unipolar global dominator, meaning that the empire needs to quickly shore up global control in order to avoid being surpassed and replaced by other power structures.

In order to accomplish this there’s going to have to be a lot of nefarious behavior. A lot of military escalations, a lot of CIA coups, a lot of bullying and subversion, and a whole lot of propaganda to grease the wheels of public consent. Such large, frantic, flailing movements can be easily exposed by a free press, which is precisely why the free press is being clamped down upon now. The empire is setting all these legal precedents against oppositional journalism because it fully intends to use those precedents in the future. It fully intends to use those legal precedents in the future because it knows it’s going to have to make things ugly.

Glenn Greenwald has spent the last three years being falsely smeared as a stooge of authoritarian governments while he was actually doing more damage to an authoritarian government than all of his critics combined. Public trust in oppressive institutions (like the oppressive institutions that empire loyalists have been protecting by smearing Greenwald as a Kremlin agent and a Putin puppet) can be severely weakened by the exposure of their dark underbellies to the light of truth.

Previous Article
How to Be a Mentally Sovereign Human
Next Article
WikiLeaks Editor: US Is Saying First Amendment Doesn’t Apply To Foreigners In Assange Case