Electoral Politics Use the Same Containment Strategies as Alzheimer’s Facilities

Electoral Politics Use the Same Containment Strategies as Alzheimer’s Facilities 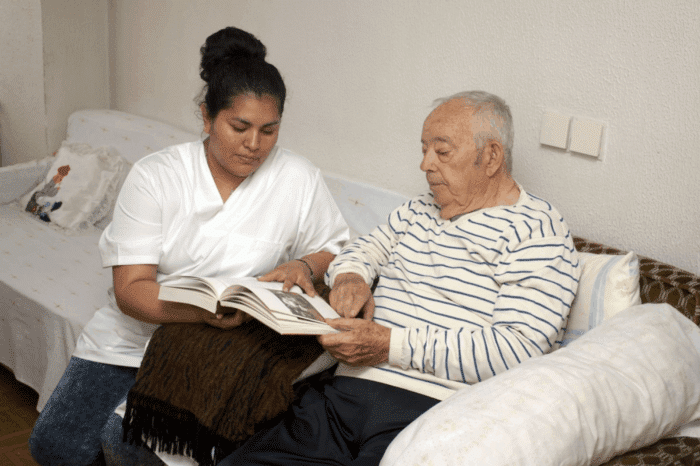 The system of electoral politics is cleverly set up to make you think you are making a difference when you are not.

In a high-quality dementia care facility, confused residents who are at risk of unsafe wandering are skillfully redirected away from exit doors by staff members who are trained to provide them with the illusion of freedom while still keeping them in the safety of the care home. A propaganda-addled populace wandering around trying to find an escape from its oppressors is redirected in very much the same way.

If you’ve ever visited a loved one in a locked dementia care facility, especially near sunset, you know how agitated the people who live there can become. The impulse to wander and pace is very common, and depending on where they’re at cognitively they’ll often demand to leave the facility at once so they can go “home”.

When this happens, unskillful staff members will take an openly authoritarian position and tell the resident that they cannot leave and that the facility is their home now. This confrontational approach invariably leads to agitation on the part of the confused resident, because in their mind they really do live somewhere else and are being told they need to remain locked in a strange place that they have no memory of. This can quickly lead to a catastrophic response that is unpleasant for everyone, especially the resident in question.

A more skillful staff member will employ a very different strategy. Rather than engaging in futile attempts to persuade someone with severe dementia that they must stay and that their perception of reality is wrong, they will simply say “Ah yes, right away Mister Smith! Let’s go get you ready to leave.” They’ll take him by the hand, ask him if he wants dinner before he leaves, get him talking about his time in the army, distracting him from the thought of leaving and letting the memory loss do the work for them. In a few minutes Mister Smith is happily chowing down on mechanical soft meat and potatoes without a care in the world. 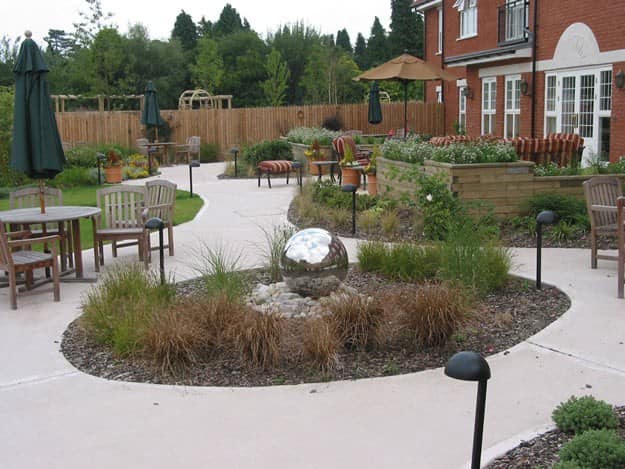 The fancier facilities won’t even have locked doors that are immediately noticeable, with (as weather and daylight permit) the doors left unlocked to a large, enclosed garden area full of circular walkways which eventually guide a wandering resident back indoors. The actual exit point of the facility is through a building on the far end of this large yard with a staff member at the front desk who can redirect any resident who happens to meander their way through the winding paths. This way staff don’t even need to worry about a resident who decides they want to leave, they can just say “Sure thing Mister Smith! Door’s right there!” knowing he’ll just wander around for a bit and come back in.

Anyway, that’s how electoral politics works. The public will periodically become agitated at the way their wealth and resources are being stolen from them and spent on overseas wars, or the fact that they are deliberately kept poor and busy by a plutocratic system in which the relative wealth of the rich is given more political power by the relative poverty of everyone else, and they are redirected.

They are not told “No Mister Smith, you are the property of the oligarchic empire.” They are instead told by the skillful manipulators of the political/media class, “Ah yes Mister Smith, you can have everything you want! Just vote for the Democratic Party right over there!”

And just as the facility’s design intended, Mister Smith goes out the door to the Democratic Party, wanders around in circles for a while, then comes back inside without posing any inconvenience to the staff members who run the empire.

Meanwhile the actual exit from the abusive system is kept carefully hidden. A lot of dementia care facilities will disguise their exits by painting them to look like murals or bookshelves, like this: 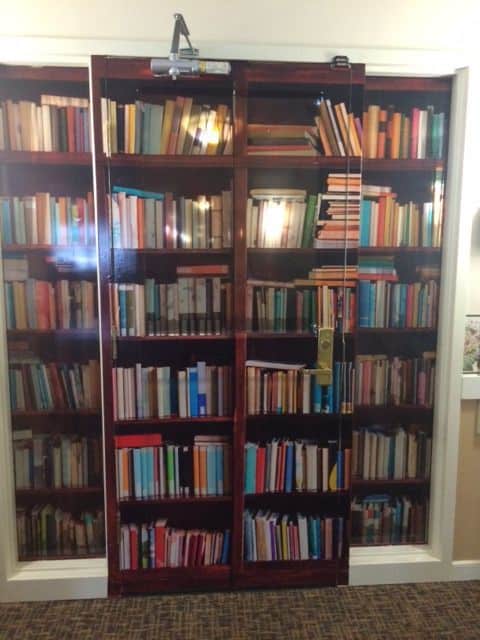 Obviously care homes are a good and necessary thing for protecting victims of Alzheimer’s disease and other forms of dementia who can’t be kept safe at home, whereas the system in which we all find ourselves is unforgivably abusive and malignant to its core. But the psychological principles work in exactly the same way: it’s much easier and far more energy efficient to give people the illusion of freedom than to tell them they are locked up against their will. If you let the people know you stand in opposition to their will, they’re going to try to fight you, so it’s best to pretend you’re on their side and willing to give them everything they want.

That’s all electoral politics is. That’s all the Democratic Party is. That’s all we were seeing when Americans shook the earth with Black Lives Matter protests last year while the entire establishment told them “I hear you, I agree with you” without ever actually making any changes. It’s a locked facility we are forbidden from leaving with a bunch of staff members pretending to want what we want.

But the fact that the managers of empire go to such lengths to avoid a direct confrontation with us means that they desperately want to avoid that confrontation. We are not an elderly dementia patient, we are the many. They are the few. If we can ever collectively stop falling for the redirections to the circular pathways and stand and face our oppressors, they do not stand a chance. And they know it.

They cannot arrest us all. They cannot kill us all. All they can do is keep us confused and distracted, and hope we don’t remember our true power. That’s all this is.

Previous Article
Biden’s Iran Policy is Just Trump’s Iran Policy with a Rainbow Flag Emoji
Next Article
Do Mandatory Masks and Vaccines Break the 10 Points of the Nuremberg Code?