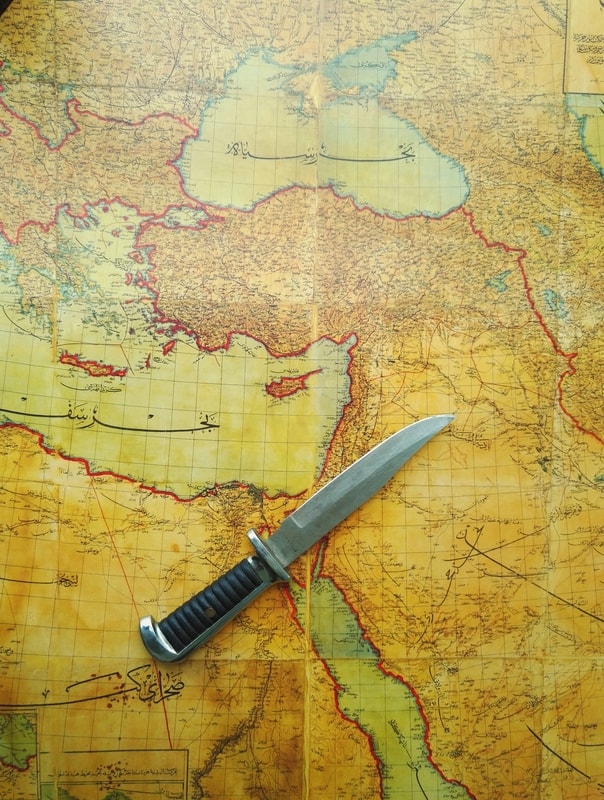 2 million Arab lives don’t matter. Elite-funded BLM serves the NWO by denying or being ignorant of its predation that equally exploits all colors & races.

The hypocrisy of the Black Lives Matter (BLM) movement is astounding. BLM and its followers shout down those who insist all lives matter, regardless of race. In the BLM universe, skin pigmentation is the determinate, as it is for all racists. While BLM and identity activists dwell in OCD fashion on racist cops and “white privilege,” they completely ignore the organized mass murder of black- and brown-skinned people by a government that now “takes a knee” for a former criminal, beatified as a saint by the state and its propaganda media. Those responsible for the murder of George Floyd will undoubtedly spend years behind bars, as they should, but this will not quell the outrage and violence committed in his name.

So lopsided and blinkered is the current identity-obsessed movement, it fails to address a far more deadly and vicious adversary—the neoliberal state.

The organized murder of more than two million Arabs in Iraq, Syria, and Libya—more than a million in Iraq, 600,000 in Syria, and 30,000 in Libya—does not even register on the BLM and identity ideological radar.

Barack Obama suffocated the antiwar movement that had coalesced around the Bush neocon invasions of Afghanistan and Iraq, thus revealing that much of the political activism was predicated along partisan establishment political lines. Antiwar activists of the Vietnam War era called out both Republicans and Democrats for war crimes. Eisenhower, JFK, Johnson, Nixon—both Democrats and Republicans—are responsible for the murder of more than 3 million Vietnamese, Cambodians, and Laotians.

Obama and his Secretary of State, Hillary Clinton, are directly responsible for arming murderous jihadi mercenaries in Syria and their counterparts in Libya. The latter resulted in vicious racism by Arab Libyans against black African migrant workers and refugees.

In Syria, Obama’s CIA funded and armed mercenaries in an effort to topple the government of Bashar al-Assad. The illegal effort by the US military to defeat the Islamic State in Syria—a psywar operation birthed by the Pentagon in occupied Iraq—resulted in further destabilizing Syria and killed tens of thousands of innocent civilians.

Additionally, BLM and the supposed left in America have not pointed out the obvious—psychopathic cops are trained, armed (with tanks and other weapons of mass destruction), and enabled by the Pentagon. Why isn’t the Pentagon a site of protest, like it was during the Vietnam War?

The neoliberal elite is obsessed with overturning and destroying nations resisting IMF and World Bank domination and the “structural adjustment” schemes bankster and globalist organizations push (the strip mining and privatization of public services).

Identity is not a consideration or precursor—all who resist, regardless of skin color and ethnicity, are to be hunted down and brutally murdered, as Muammar Gaddafi was for the crime of announcing he planned to quit selling oil in US dollars and establish an African gold dinar.

Iraq’s dictator, Saddam Hussein, wasn’t deposed and executed for threatening the US with weapons of mass destruction, as the ludicrous machinations of the Bush neocons claim. Saddam, a former CIA operative in a plot to assassinate Gen. Abd al-Karim Qasim in 1959, was a trusted asset until he stepped out of bounds, as did another CIA asset, Panama’s Manuel Noriega.

The Israelis, holding considerable political sway over Congress and the White House, also demanded Saddam Hussein be taken down, primarily for his support of the Palestinians, but also because a nation with a pan-Arabist at the helm was unacceptable.

Likewise Syria. The hereditary regime of the al-Assad family and the Ba’ath party long touted a pan-Arab worldview and this was unacceptable to Israel and the United States.

The covert and illegal war by the US and Israel in Syria has nothing to do with human rights, as espoused. The objective is to destroy any resistance to Israeli expansionism, turn pan-Arabism into an Islamic movement that can be more easily radicalized and thus vilified, and balkanize the Middle East along ethnic and religious lines, thus realizing Zbigniew Brzezinski’s “three grand imperatives of imperial geostrategy… to prevent collusion and maintain security dependence among the vassals, to keep tributaries pliant and protected, and to keep the barbarians from coming together.”

Only politically expedient and exploitable “barbarians” (as they are considered by the ruling elite, never mind the disingenuous rhetoric) will be allowed to protest and demand justice. BLM racism, the absurd demand white people go prostrate in racial submission, and the criminal looting and burning of cities in the name of George Floyd have not set off alarm bells at the Council of Foreign Relations, the Trilateral Commission, the Federal Reserve, and the institutional thank tanks. These should be the focus of protest, not police departments militarized by the federal government. The Milwaukee Police Department is not the hydra-head. The federal government and its corporate and bankster overseers are the true purveyors of violent conflict and political polarization.

The BLM represents the forefront of an effort to divide Americans along racial and political lines, thus keeping race and identity-based barbarians safely away from more critical issues of importance to the elite, most crucially a free hand to plunder and ransack natural resources, minerals, crude oil, and impoverish billions of people whom the ruling elite consider unproductive useless eaters and a hindrance to the drive to dominate, steal, and murder.

The murder of millions in the Middle East, Asia, South and Central America over the last few decades by a psychopathic elite and its corporate mercenaries does not figure in the equation.

It is an irrelevant historical footnote, if that, to an identity movement that does not threaten the elite and its political class. It is sad to say BLM serves the elite by ignoring or remaining ignorant of the main problem—boundless predation by a neoliberal criminal project that considers all—black, white, yellow, brown—as exploitable and dispensable serfs.