Why Are the Elite Poisoning the Planet?

Why Are the Elite Poisoning the Planet? 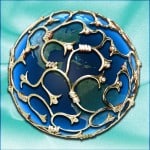 Why are the elite poisoning the planet? Aren’t they just poisoning themselves? Are they insane or are they proceeding with a well-thought out plan, or a mixture of both?

Why are the elite poisoning the planet?

It may be #1 question alternative researchers are trying to answer. Many people have grappled with this question, because ultimately what we are seeing in the world today is insanity manifested. Big corporations are polluting the planet at an astonishing rate, be it through oil spills, releasing toxic chemicals into the environment, weather manipulation (geoengineering and chemtrails) or even their latest crime, fracking. Why? Why are they poisoning the planet when they themselves have to live here, breathe the air, drink the water and eat the food? Aren’t they just poisoning themselves? Are they insane or are they proceeding with a well-thought out plan, or both?

Blinded by Profit and Power

The elite are blinded by profit and power. Greed and the desire for control at any cost has made them indifferent to the consequences of their actions. Having deliberately blunted their emotions and learnt how not to feel, they have a severely reduced capacity for compassion or empathy, and thus are able to carry out horrendous deeds of theft and murder without scruple. This lack of empathy does not just extend to other people; it also extends to animals and the Earth itself. Look at how inhumanely animals are treated in CAFOs (Concentrated Animal Feeding Operations) where they are crammed into tiny cages or spaces and made to stand in their own feces. To the corporatocracy, animal welfare does not matter, only profit does.

It’s the same with the planet; it’s viewed by the elite as a thing to be exploited for their own personal profit, not a living being or even an entity that supports them. Yet even as profit-driven and power-obsessed as they are, are the New World Order controllers so myopic that they can’t see the consequences of their actions – that they could end up destroying the entire human species and themselves in their greedy pursuit? Let’s take a look at the possibilities.

Possibility #1: The Elite Don’t Realize the Extent to Which They’re Poisoning the Planet

If you’ve ever read or listened to the shocking insider account of Dr. Richard Day (The New World System), you may remember a section where he outlines the elite agenda to cordon off the crime they generate in a city to certain suburbs or areas. I say the crime they generate, because it is well known that crime is directly related to poverty (make a man really poor and he’ll be more driven to steal bread), and the elite are deliberately engaged in economic warfare by stealing from the general people (e.g. think bank bailouts) to make them poor.

However, the idea that airborne pollution can be contained to one area is absurd, and the same goes for water; ultimately all rivers flow to the ocean and all oceans are connected. The same goes for GMOs (Genetically Modified Organisms); as the recent GM contamination in Oregon shows, they cannot be contained. GMOs are a Pandora’s box; once opened, it is difficult or impossible to close it.

Surely they must realize this … or not? Are the elite so ego-dominated that they are like a virus or parasite that will kill its host even if that means killing itself? They could be, but there are other possibilities, so let’s look at the next idea of why they are poisoning the planet.

Possibility #2: The Elite Fully Realize How Much They’re Poisoning the Planet – But They Think They Can Harness Technology to Clean Up their Mess

So, perhaps they know how much they’re poisoning the planet, but they don’t care, because they think they’ll be able to clean it all up. We know the elite are sitting on secret, advanced technology that they have accrued, stolen or back-engineeered over the years – especially through crashed ET craft. Could it be that they already have technology to clean up all the pollution, whether it be through chemicals, plastics, pesticides, GMOs or anything else? Could it be that they have decided to trash the planet for depopulation purposes, and then once they have reached they ideal number (500 million according to the Georgia Guidestones), they will restore it? Perhaps. It’s difficult to say. If so, they’re taking a mighty big risk, because if they can’t clean it up, it won’t matter how much money or how many servants and slaves they have – they will have poisoned themselves.

But then again, maybe they are thinking of off-world solutions …

Possibility #3: The Elite Fully Realize How Much They’re Poisoning the Planet – and They’re Planning on Abandoning Earth

This is the most scary possibility, but we must fully face it and consider it, because it may actually turn out to be the most likely. It is quite possible that the elite are poisoning the planet because they already have another option – Mars, or even bases or moons on other planets. Project Camelot has done a great job exposing the Secret Space Program that the elite are currently running; various whistleblowers have stepped forward to affirm that they have been to Mars (Henry Deacon/Arthur Neumann, Michael Relfe, Bernard Mendez and Andrew Basiago to name a few) and there are indeed military bases on the dark side of the moon and even on Phobos, the Martian moon.

Would the elite be so psychopathic as to destroy their home planet, just so they can hog all the resources and be kings and rulers? It seems utterly insane, and yet, a breakaway civilization has indeed developed. As technology continues to develop, the elite may have become so arrogant they think they are immortal, as can be seen by their love of transhumanism, blending man with machine. Have their reptilian overlords promised them advanced technology to create another world somewhere?

Possibility #4: The Elite Have Given Themselves Over to Dark Forces, Who Are Acting Through Them to Transform the World Vibrationally

This is David Icke’s theory, and probably that of many others too. We know how deeply Satanism and black magic is a part of elite activity. Who are the dark forces the NWO controllers worship when they become demonically possessed? Whatever these non-human entities are (let’s call them Archons, Djinn or demons), they appear to be using the elite bloodlines as vehicles to energetically and vibrationally change the vibration (including the atmosphere and anything “physical”) of Earth more to their liking – which means the elite are just unconscious pawns in the game. They don’t care if they are poisoning the planet – they are trying to make it more compatible with their vibration, even if it means life as we know it (certainly human/animal life) would cease to exist here.

Previous Article
The Way to Overcome the Conspiracy Part 6: Convert Fear into Awareness
Next Article
How to Drive Without a License