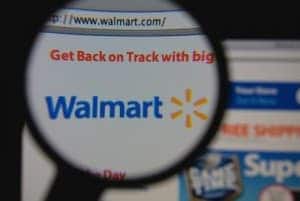 The Walmart closings are due to reasons far more sinister than just “labor activism”, as the full parking lots, blacked out windows and police patrols show.

The Walmart closings of 5 stores

in the southern US states has caused a big stir and plenty of speculation recently. It is patently obvious the reason for the shutdowns has nothing to do with the ludicrous lie of plumbing problems. However, what the real reasons are is still up for debate. Researchers over at Infowars and Prison Planet (for whom I have great respect) had suggested some weeks ago that the motivation for the Walmart closings was really due to labor activism, yet I would suggest that is only one of many reasons, and a shallow one at that.

The Lie is Different At Every Level

Richard Hoagland once said, in talking about the global conspiracy and the compartmentalization of knowledge, that “the lie is different at every level.” He meant that the way the elite Conspirators retain control over the world is by limiting the available information. They construct their systems (corporations, Government, military, intelligence, etc.) in strict hierarchies where, as you go higher in the pyramid, you get more of the truth. Those in the bottom are left completely in the dark, those in the middle get a bit more info, and near the top get most of it. Similarly, Edward G. Griffin has lectured about Rhodes and his Round Table groups, and mentioned they were set up in a series of concentric circles, where many circles were deliberately misled to think they were the highest or innermost, but actually were not.

There is tremendous deception in the way the world is run. The middle circles can get a bit of information they think is “the truth”, but which is really just a shallow or minor motivation for a certain part of the agenda. Case in point is the Walmart closings. Walmart wanting to stop unionization and labor activism to suppress wages is certainly part of the equation here (as we all know by the cut-throat nature of Walmart’s business model), but it’s not the deepest or main reason for the shutdowns.

It’s like layers of the onion. You need to go through through many layers of information before getting to the deepest truth.

Labor Activism Does Not Explain the Suspicious Activities around Walmart Closings

The labor activism explanation does not account for many things. In my previous article “The Possible Underground Tunnel Connection to Walmart”, I talked about how many weird and suspicious things were going on at these 5 Walmart stores. I linked to videos showing police patrolling the perimeter, giant walls being erected and windows being blacked out. I’d like to reiterate the connection Walmart has already has with underground tunnels, as you can read about more at “The Official Wal-Mart Tunnels of Paulding County Investigation“. Additionally, reports are coming in that the Walmart carparks are full – and none of the cars are plumbing vehicles! Evidence is definitely pointing to Walmart being set up to become something – a military Command and Control Center, or a military Distribution Center, or something akin to those.

Here’s what one reader of the The Freedom Articles wrote about the suspicious nature of the Walmart closings:

“I can’t claim to know what is going on at these Walmarts, but I do know that there is something really off about this. I live about 30 minutes from Livingston, TX, where the closest Walmart to me is. When I first heard it was closing because of plumbing issues, I was mad because that meant I’d have to drive at least an hour to the nearest Walmart, but then I heard about the other 4 stores closing for the same exact reason.

So I got curious and did my research to find that something wasn’t adding up. Now, I heard that the closed Walmarts have been seen with completely full parking lots. I even looked at some pictures, but most of them were only shots of a section of the parking lot. Well, my mom just started a new job in Livingston and she confirmed it with me yesterday. She said, “The whole lot was slam-packed with cars and none of them were labeled plumbing trucks.”

Putting Out a Call for Photos and Videos

What we need right now are citizens activists who live near the 5 Walmarts to do their best to get close up – and take lots of photos and videos of what’s going on. Together, united, we may be able to get to the bottom of these Walmart closings.

Previous Article
The Possible Underground Tunnel Connection to Walmart
Next Article
Is the Glorification of Hitler Really Serving the Alternative Media?