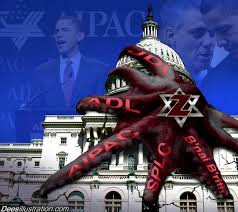 Israeli control extends all across the globe.

Not only has it managed to infiltrate the Governments of the United States, United Kingdom, France, Germany, Australia and Canada, as well as many others too numerous to mention here, in addition to causing or being involved in numerous false flag operations throughout history including the USS Liberty, 9/11 and Fukushima, but recent reports via WikiLeaks also show the staggering amount of influence that Israel holds over the United Nations too. One may fairly ask that if Israel is able to control the UN – the precursor to the World Government in the minds of the New World Order elite – are there that many more powerful countries and organizations still left outside of Israeli control?

Israeli Control over Ban Ki-Moon and the UN

WikiLeaks is now publishing what happened regarding Ban Ki-Moon, Secretary General of the United Nations, when he was pressured by the US Ambassador to the UN, Susan Rice, in May 2009 – on behalf of Israel, of course. You can read the report yourself, but basically here’s what happened: a UN Board of Inquiry issued a report on incidents at UN sites in December 2008 and January 2009. The report must have damning or at the very least embarrassing to Israel (maybe it provided some proof of their ongoing genocide of the Palestinians), because all of sudden Rice calls up Ki-Moon and tells him that 2 of the report’s recommendations were outside its scope, and even asks him to remove them. Ki-Moon replies he doesn’t have the authority to remove recommendations from an independent report. Rice then pressures him to write a strong cover letter stating that the 2 recommendations are outside the scope of the report, and therefore should be ignored by the UNSC (United Nations Security Council).

Ki-Moon duly kowtows and does his duty to Zionism by writing the letter. The WikiLeaks cable ends with this sentence: “Rice thanked the Secretary-General for his exceptional efforts on such a sensitive issue.” Cover-up complete. Yes, genocide is quite a sensitive issue. Enough to make you sick, isn’t it?

Israeli control over the USA through AIPAC, the ADL and many other organizations is well-known and documented, as it is over Britain. However, we need to remember that the arms of the Zionist octopus extend all over the world. In May 2014 former Australian Foreign Minister Bob Carr went public with his insider view of how the Israel lobby in Melbourne controls Australia’s foreign policy and that Australia’s foreign policy has been “subcontracted” to Jewish donors. He describes the “extraordinary influence” of the Israel lobby which prevents any criticism of Israel, no matter how negatively it affects Australia or world affairs.

Carr wrote in his diary entries that former Prime Minister Julia Gillard would not let him even criticize Israeli West Bank settlements due to her fear it would irritate AIJAC (Australia Israeli Jewish Affairs Council). He reveals that AIJAC had a direct line into the prime minister’s office!

One does not have to look too far to see similar examples in Canada, France, Germany and elsewhere. The Zionist conspiracy is truly international in scope.

There is a lot of evidence that Israel, through its military agency Mossad, has been involved in numerous false flag operations throughout the years. Some examples are the false flag shooting of the USS Liberty in 1967 (carried out by Israel and made to look like it was Egypt); the involvement of the Mossad and Israel on 9/11, including the famous dancing Israelis who were caught celebrating the destruction of the Twin Towers; and the deliberate blowing up of the nuclear plant at Fukushima, Japan, which involved planting small nuclear devices (disguised as cameras) at the scene days before the explosions.

All Roads Lead to Jerusalem

It might be more appropriate to retitle this famous proverb “all roads lead to Jerusalem” or even “all roads lead to Tel Aviv”. This is not to say that Israel is at the very center of the global conspiracy or the New World Order, but Israeli control certainly constitutes a massive part of the worldwide manipulation we are witnessing in today’s world.

Zionist Israel is behind many of today’s global injustices. Zionist Israel has fooled many good-hearted Jews into thinking that Zionism and Judaism are synonymous, when they are polar opposites. There are many Jews who reject Zionism and see it as based on theft, groups such as True Torah Jews, Neturei Karta, Satmar, Jews not Zionists and others. But it’s not about Jews – it’s about the Rothschilds and other elites using Jews as a cover.