Has the US-Israeli-UK War with Iran Officially Started?

Has the US-Israeli-UK War with Iran Officially Started?

Has the US-Israeli-UK War with Iran officially started? Are the recent Iranian protests suspicious? Why were protestors critiquing Iranian foreign policy?

is the best way to describe what is happening right now with the recent Iranian protests. Yes, the Iranian people have legitimate gripes (especially economic) with the theocratic government there, which is hardly a bastion of freedom. However, there can be no doubt that these protests are orchestrated by the same meddlesome US-Israeli axis (and you can add the UK in there too) which has been the driving force behind all Middle Eastern wars for at least 50 years. These protests are merely the latest manifestation of a continuous and incessant Anglo-Zionist policy of targeting Iran. They may ignite further conflict, or they may be quelled, but either way, you will make more sense of them by understanding the long and deep history of US, Israeli and UK interference in Iran. Right after Trump assumed office at the start of 2017, he made his intention clear that he wanted war with Iran. These protests are yet another way in which the US-Israeli-UK axis is showing it wants war with Iran – and will go to any lengths to get it.

When news of the 2018 Iranian protests first broke on January 1st, some were struck by the odd assortment of protest cries. The Iranian protestors were reported to be complaining about all sorts of things:

“Death to the dictator” (an apparent reference to Ayatollah Khamenei)

“I give my life for Iran, not Gaza, not Lebanon”

“We are of Aryaee [Aryan] race, we don’t worship Arabs”

The big clue among these protest cries is this next one, where the “protestors” were said to have shouted:

“No to Gaza, no to Lebanon, no to Palestine, no to Syria”

It is perfectly understandable for some Iranian people to be complaining about the price of eggs. It is also understandable for them to be expressing dissatisfaction with their leaders. But since when do average people on the street – especially those in dire financial straits – start taking an active interest in the foreign policy of their nation? Do you really think an average poor Iranian cares enough to critique his nation’s foreign policy of defending Syria against ISIS, Al Qaeda, etc. when he’s just trying to feed his family? That doesn’t even come close to passing the smell test. Besides, Iran is widely esteemed for having had the intelligence and strength to intervene in Syria (alongside Russia) and stave off the coalition of mercenaries, “moderate” terrorists, Wahhabis, takfiris and other fighters – all funded and trained by the US, Israel, UK, Saudi Arabia, the GCC, NATO and other nations – who would surely have set their sights on Iran had they been successful in toppling Bashar Al Assad. Why on Earth would an average Iranian protest his country’s skilled intervention in Syria? Or protest that Iran cares too much about the Palestinians (fellow Muslims) in Gaza?

Israel, on the other hand, has been loudly complaining for years about Iran’s involvement in propping up Hamas (Palestine), Hezbollah (Lebanon), Syria, Yemen and other places, so these “Iranian protests” constitute a perfect Zionist wishlist for the region. Just a coincidence, I’m sure …

War with Iran Part of NWO Agenda Since 1979

Like many other countries in the world, Iran has been a victim of foreign meddling by the Anglo-American Empire. In a sad but watershed moment in its history, its democratically elected Prime Minister Mossadegh was overthrown in 1953 due to a CIA coup, after he made moves to nationalize the Iranian oil industry. The Anglo-Persian Oil Company (later to become BP) had been making a killing taking Iranian oil for British use, and only paying 16% of their profits back to Iran. Once the Shah was installed, along with a new PM who was sympathetic to the British and Americans, the Iranians lived under authoritarian rule until the 1979 Islamic Revolution. As Eric Margolis writes:

“The 1953 coup went perfectly. Mossadegh was ousted with backing from the Army and Savak. Iran’s oil remained safe in western hands. The successful Iran uprising became the template for future ‘color revolutions’ in Georgia, Ukraine, Azerbaijan, Russia, Poland, and Romania.

Iran’s new Islamic Republic was deemed a dire threat to Western and Israeli strategic and military interests (think Saudi Arabia). The very idea that the Islamic Republic would follow the tenets of Islam and share oil wealth with the needy was anathema to London and Washington. Israel’s intelligence agency, Mossad, ran Iran’s dreaded, brutal secret police, Savak. The crooked royal family looted the nation and stored their swag in California.”

During the 1980s, Iran was consistently the target of US ire. First there was the 1980 Iranian hostage crisis which affected the outcome of the US presidential election. Then, during the Iran-Iraq war of the 1980s, started when Iraq’s Saddam Hussein invaded Iran, the US decided to arm Iraq against Iran. Iraq ultimately lost that war and then the US turned against them too. 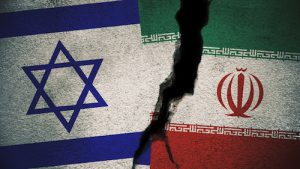 The Zionist Obsession with Containing Iran

During this time, Iran has refused to kowtow or back down to the Zionist regime, rightly seeing it as the biggest threat to peace in the region. This has put it in the crosshairs of Israel, and since Israel controls America, the crosshairs of the US military too. There has been much Zionist discussion of how Iran can be contained and defeated. The 2009 Brookings Institute (a Zionist organization) paper Which Path to Persia? devotes itself to this issue. Some from the Brookings Institute have even publicly floated the idea of starting a war with Iran with a false flag op, e.g. sinking an Iranian boat. In his 2007 article Unsolicited Advice to the Government of Iran, Gary Hart warned Iran to be careful, since the aggressive US leadership and military need little provocation to attack their enemies. He even mentions 3 false flag incidents in US history: the USS Maine (which provided a pretext for the US to attack Spanish in what became the Spanish-American War in 1898), Pearl Harbor (which justified US entry into WWII in 1941) and Gulf of Tonkin (which provided a pretext for the US to attack Vietnam in what became the Vietnam War in 1964).

It would hardly be surprise if another false flag attack happened to lure Iran into war in the near future. 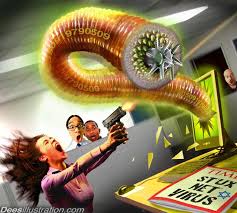 Iran has been consistently hassled by the US and Israel throughout the last few decades. It had to endure a cyberattack on its nuclear facilities that was named Nitro Zeus (from which we heard about the infamous Stuxnet which was subsequently shown to be an Israeli-based attack). The entire 2012 UNGA had to sit through Netanyahu’s kindergarten bomb cartoon which was patently absurd and hypocritical. Israel continues to sit atop 200-400 nukes while Iran doesn’t even have a single one. The US and Israel fought Iran tooth and nail over its (peaceful) nuclear program. On several occasions, US and international officials have confirmed that Iran is completely abiding by the terms of JCPOA, despite the fact that the US-Israeli axis is itching for any excuse to go to war with Iran. Then there has been the matter of the many dead Iranian scientists; just a few months ago, Reuters reported that Iran had sentenced a Mossad agent to death for his role in the assassinations.

Iran is a theocracy, with power tightly held by the ruling class of mullahs (religious clerics), and thus is a far cry from a open and free society. However, we know that war with Iran (and then eventually Russia-China) is a integral part of the Anglo-American-Zionist NWO agenda. General Wesley Clark spilled the beans long ago by admitting that the Pentagon had their plans for regime change in 7 countries, including Iraq (already invaded and conquered), Libya (already invaded and conquered), Syria (already invaded but couldn’t be conquered) … and now it’s Iran’s turn.

It is so laughable and utterly ridiculous to hear American leaders pretend that “We care about the Iranian people.” How gullible is the Western public going to be? How short is their memory? Will they recall how former US Secretary of State John Kerry made a Freudian slip and admitted that “we are working with China to implode Iran”?

People of Iran – Netanyahu, Trump and all the other warmongers don’t care about you.

It’s time to wake up and smell the agenda.

Previous Article
1947: The Year that Changed Everything – 70 Years On
Next Article
Fighting Fake News: Back Door Trick to Enact Censorship