The US is Not a Democracy – Surprise, Surprise

The US is Not a Democracy – Surprise, Surprise 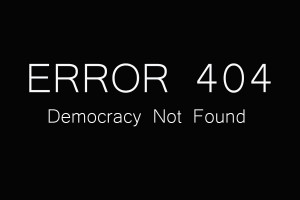 The US is not a democracy – and hasn’t been for a long time. Now Princeton University, an Ivy League school, has published a research paper proving it.

The US is not a democracy – well, what a huge surprise!

For many readers this may be as obvious as saying the sky is blue, but what is interesting about it is where the statement came from. Scholars from Princeton University (an Ivy League school) concluded in their research paper “Testing Theories of American Politics: Elites, Interest Groups, and Average Citizens” that the US is not a democracy, and is completely run by elite interests. When even mainstream institutions are trumpeting the truth about the state of our world, it’s a good sign that people are awakening and consciousness is rising.

The US is Not a Democracy, and Technically, Never Has Been One

Before we go further, I must mention a technical point here: the US has never been a democracy. It is a constitutional republic. The difference between a democracy and a republic is that democracy is basically a “majority rules” system where in theory 51% can tell the other 49% what to do, and even make unjust laws against them. In a true democracy, there are no minority protections in place, so an ignorant majority could legally inflict harm upon an enlightened minority, whereas in a republic, there are certain inherent, unalienable rights that cannot be violated, no matter what. This provides protections and individual rights for every person, if or when a smooth-tongued psychopath politician comes to power by fooling the majority of people in a society.

However, the difference between democracy and republic aside, the thrust of this research paper was more to point out that the average person has virtually no say in today’s politics. That’s why the US is not a democracy. Unless you have inside connections or extreme wealth, you’ll virtually never be able to successfully run for high office and stand a chance of getting elected. To make matters even worse, the US Supreme Court just affirmed the allowance on unlimited spending given to PACs (Political Action Committees), meaning that whoever gets the most money, gets the most air time on the mainstream media, and has the most chance of buying your vote.

A closer study of history, though, reveals that America has been hijacked long long ago. You could point to many instances: the 1913 founding of the privately-owned central bank, the Federal Reserve; the infiltration of Nazis after WWII into key position at NASA and the CIA via Project Paperclip; the takeover of the US Government by the military-industrial complex after the Roswell UFO crash in 1947 to form a breakaway civilization; the assassination of JFK, the last true President to stand up to the military-industrial complex, the bankers, the Zionists and other special interest groups; the infiltration of Zionist agents into Congress and the White House; the way Monsanto controls the US Government and its policy on GMOs; and on it goes. We could be here all day and night giving examples of how the US is not a democracy, but maybe now, with Princeton University proving it through detailed research, more people will take the notion seriously.

Previous Article
Bacopa Brain: Improve Cognitive Function Off the Charts with Ancient Indian Herb
Next Article
The Power is in Our Hands