The Trump-Putin Summit and the New US-Russia Protectorate

The Trump-Putin Summit and the New US-Russia Protectorate 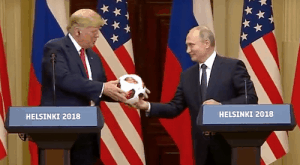 The Trump-Putin Summit was a great move by Trump. US dialogue with Russia can only lead to safer, better world, but the treasonous MSM wants war. The Summit did show the emergence of, essentially, a new US-Russia protectorate – Israel. Image credit: YouTube

was a momentous event. It is said that the only constant thing in the universe is change. This principle definitely applies to the world of geopolitics right now. In the last few weeks, there have been some major geopolitical shifts which will have ramifications for the immediate future of many nations in the Middle East. Trump continues to disrupt, starting trade wars with China, dissing Europe, reaching out to North Korea and Russia, and shunning Iran. Let’s take a look at the latest events, starting with the recent Trump-Putin Summit in Helsinki, Finland, on July 16, 2018.

Predictably, the US Establishment (including current military, intelligence and political figures), Think Tanks, the US Congress and Senate, and the MSM heavily criticized Trump for daring to meet Vladimir Putin and – actually – talk about the issues faced by the 2 great nuclear superpowers of the world. As usual, whatever the MSM says, it’s best to reverse it and you’ll get the closest to the truth or closer to the message of freedom.

The sad fact is Russophobia is a 24/7 industry – but it’s an industry based on complete and utter fabrication. As CNN anchors have admitted (caught on secret camera), it’s a big “nothing burger.” It is really quite shocking that the whole fiasco has been dragged on this long with no evidence, but that’s a testament to the corrupt nature of the MSM and the lack of critical thinking offered by the majority of the American public. To give you one example of literally hundreds, CFR (Council on Foreign Relations) head Richard Haass said that Russia is a “rogue state” but Russia is only labeled as such since it does not accept Washington’s preeminence and unilateralism.

From a sane and rational perspective, the world is better and safer when there is dialogue and diplomacy between 2 giant nuclear superpowers, not insults, military threats and war. I take an independent, non-partisan view of political and world affairs, because I align myself with principles rather than parties (or cults of personality). I have occasionally praised and often criticized Trump in the past, and it’s all to do with how much he is standing up for truth, freedom and peace, not which tribe he belongs to. However, let’s be clear: in choosing to meet Putin and begin the dialogue of finding common ground and rebuilding trust, Trump displayed his strength and one of his best moments as president. Yet, this very act of reaching out, of diffusing tension and of trying to make an enemy into a friend, was labeled “treasonous” by the MSM, while the truth is they are the traitors who are betraying the national interest of the American public, who would clearly and obviously benefit from peace with Russia, not war.

What follows are some excerpts from the Trump-Putin summit. These quotes are from Trump:

“TRUMP: Our relationship has never been worse than it is now. However, that changed as of about four hours ago. I really believe that. Nothing would be easier politically than to refuse to meet, to refuse to engage … I would rather take a political risk in pursuit of peace than to risk peace in pursuit of politics.”

“REPORTER: Mr. President, you tweeted this morning that it’s US Foolishness, stupidity and the Mueller probe that is responsible for the decline in US Relations with Russia. Do you hold Russia at all accountable for anything in particular? If so, what would you consider them that they are responsible for?

Now that’s quite a humble statement to make for someone who has been so arrogant at other times in his life. It’s quite amazing that he, on behalf of all the many warhawks in the US Establishment, would take responsibility for the part of the US in the deteriorating relations.

Trump, for all his goodwill and strength in Helsinki, faced a barrage upon his return to the USA, and then backtracked on his positions by saying that he misspoke and meant to say that he couldn’t see Russia wouldn’t be responsible for the hacking. This kind of backpedaling and pacification of the rabid Media and Congress is disappointing, however I believe it’s pretty self-evident that Trump’s true opinion on the matter of Russian hacking and Russia collusion were represented by the several times during the summit where he stated he didn’t believe Russia had done it. 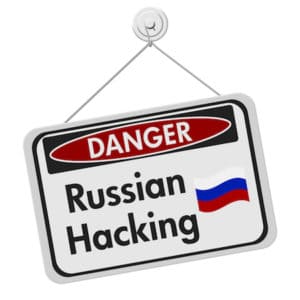 Russian hacking and Russian collusion: 2 big fat nothing burgers. It’s incredible the fairy tale is still going on. The subject came up, of course, at the Trump-Putin Summit …

It is truly ridiculous how the MSM focuses on the supposed Trump-Russia collusion for so many years, when the Trump-Israel collusion is obvious, overwhelming, breathtaking and treasonous in itself, since it is putting the national interests of the Zionist settler state ahead of the national interests of the USA. Trump has openly confessed that he strives to be the most pro-Israel American president ever.

“We have worked with Israel long and hard for many years, many decades. I think we have never, never has any country been closer than we are.”

At the summit, on the topic of Russia collusion, Putin made the great point, as he has in the past, that a few Russian hackers do not represent the Russian state any more than George Soros represents the US Government:

“PUTIN: … then the final conclusion in this kind of dispute can only be delivered by a trial, by the court. Not by the executive, by the law enforcement.

Well, you have a lot of individuals in the United States — take George Soros, for instance, with multibillion capitals, but it doesn’t make him — his position, his posture the posture of the United States. No, it does not. It’s the same case. There is the issue of trying a case in the court and the final say is for the court to deliver.

We are now talking about the individuals and not about particular states.”

Trump has consistently sided with Israel. He has dutifully done their bidding or given them the green light to do whatever they want, including unilaterally pulling the US out of the JCPOA Iran deal (as Netanyahu boasted he told him to) and moving the US Embassy to Jerusalem, to the chagrin of virtually the entire Arab and Muslim world.

While Trump’s loyalty to Israel is longstanding, what is interesting is Russia’s recent stance on Israel. 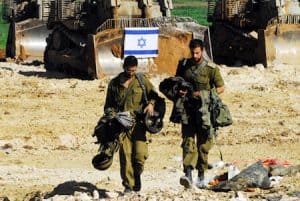 Is Israel the new US-Russia protectorate?

Israel, the New Protectorate of Both US and Russia

For much of the Syrian War, there were some clear sides: the US-UK-France-NATO-Turkey-Saudi Arabia on one side (supporting the Syrian rebel groups such as ISIS, Al Qaeda, Al Nusrah, White Helmets, etc.) and Russia-Iran-Lebanon (Hezbollah)-China-Syrian Government on the other side (although China was not involved much). Turkey has wavered between leaning towards the US and towards Russia, however what has really changed these strict alliances is Russia’s recent openness to support Israel more than it has in the past.

“Beyond any shadow of doubt, the two Great Powers have made “Israel” their joint protectorate, and this surprising state of affairs has far-reaching implications for not just Syria, but the entire Mideast and especially Iran … The only way to sustainably secure “Israel’s” existence from the asymmetrical threat that Iranian forces and their Hezbollah allies pose near the occupied Golan Heights was for Tel Aviv to strike an indirect deal with Damascus through Russian mediation whereby the self-proclaimed “Jewish State” would implicitly recognize the continued leadership of President Assad in the Arab Republic so long as he could guarantee that his sworn enemy’s foes will be kept an uncertain distance away from the de-facto “border”.”

Russia is now positioning itself to be most powerful nation in determining the outcome of the Syria War and Middle Eastern affairs:

“It’s difficult – and for some, almost painful – at first thought to even countenance “Israel” as being anything other than an American protectorate, but the times have surely changed and Russia’s alliance with that entity is more solid than ever, with the strength of their ties now on public display by having the US President himself openly agree to giving his geopolitical “competitor” joint management over his country’s most valuable piece of real estate in the world.”

There are some good developments and some disturbing developments. Overall, the Trump-Putin Summit is a very positive thing. Trump making overtures to Putin can only be better for world peace. The same thing goes for the Trump-Kim Summit. As a candidate, Trump frequently professed his admiration for Putin and his opinion that it would be far better for the US and Russia to get along than not. It is good to see he has had the conviction to follow his intuition on this, against massive opposition from his own congress, senate and intelligence community (even if his obvious backtracking is disappointing). At the same time, watching Israel, one of the most aggressive and dangerous nations in the world, now gain Russia’s favor to some extent, is a worrying trend. As always in the Middle East, things change rapidly, so we will see what the future brings; things could be very different again in 3-6 months.