Tracking Bill Passes Congress – Is This the Start of Legal Human Microchipping?

Tracking Bill Passes Congress – Is This the Start of Legal Human Microchipping? 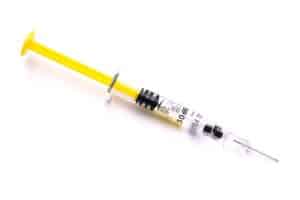 Tracking bill HR4919 has just passed US Congress targeting those with mental & developmental disabilities. Is this the start of legal human microchipping?

passed Congress on Dec. 8th, 2016, and is now on its way to the US Senate. Bill HR 4919, titled “Kevin and Avonte’s Law of 2016”, contains clauses which establish the creation of a legal tracking system for Americans. The tracking bill introduces “tracking devices” which are “non-invasive” and “non-permanent” (although per the frog in the slowly boiling pot, these programs always begin out slowly and end up becoming tyrannical). Under the guise of helping “missing Americans with dementia and developmental disabilities”, the tracking bill allows the Attorney General (head of the Department of Justice, which is part of the Executive governmental branch) to set standards and develop programs to track the movements of certain people. The people to be tracked are adults with dementia and developmental disabilities (such as Alzheimer’s) and children with autism. Is this tracking bill, despite its overt wording and so-called privacy protections, really a covert way to get a foot in the door for a future microchipping bill? If this becomes law, will it be the beginning of legal human microchipping in the USA?

With this tracking bill, Congress is trying to give the Executive Branch the power and authority to track people with mental and developmental disabilities. It’s brought in under the guise of protecting missing people and helping those who wander off from safe places. There’s that word again: “safe”. How many times have we been tricked into giving up liberty for security? How many times have all sorts of outrageous abuses of power been justified by “public safety”? How many times has the truth been hidden from us under the cover of “national security”?

Here is a specific passage from the bill:

“… the Attorney General … shall award grants to health care agencies, State and local law enforcement agencies, or public safety agencies to assist such agencies in designing, establishing, and operating locative tracking technology programs for individuals with forms of dementia, such as Alzheimer’s Disease, or children with developmental disabilities, such as autism, who have wandered from safe environments.”

In this video (embedded above), Melissa Dykes talks about how vague psychological or psychiatric labels such as “mental disability” and “developmental disability” could be used to cast a wide net around members of society critical of the government – truthtellers, dissenters, activists, alternative journalists and independent reporters. Remember how psychiatry invents fictitious diseases to make profit, as admitted by psychiatrist Leon Eisenberg on his deathbed? Remember the out-of-control growth of “mental illness”? Remember ridiculous and unscientific diseases like ODD (Oppositional Defiance Disorder) which make dissent a crime?

Those defending this bill will point out that it includes many safeguards, such as this privacy protection:

“(6) NON-INVASIVE AND NON-PERMANENT.—The term “non-invasive and non-permanent” means, with regard to any technology or device, that the procedure to install the technology or device does not create an external or internal marker or implant a device or other trackable items.”

It also contains these 2 limitations:

(1) DATA STORAGE.—Any tracking data provided by tracking devices issued under this program may not be used by a Federal entity to create a database.

However, we all know that if you give government an inch, it takes a mile. Once started, a government program becomes entrenched and very difficult to ever eliminate. In the above video, even Congressman Louie Gohmert notes that it would not be difficult for lawmaker down the line to change the conditions of limitation that exist in this bill, by amending it to allow the government to make a federal database, make it mandatory, make it apply to everyone – and even change the “non-invasive tracking device” to an implantable microchip.

People such as David Icke have been warning for decades that the ultimate goal of the New World Order is a world army, world bank, world currency and a microchipped population. This goal has been confirmed by whistleblowers over the years such as Aaron Russo (who in this video recounted his conversation with Nick Rockefeller. Aaron was told that 9/11 was about to occur [before it happened] and that the NWO criminals were planning on microchipping everyone). Microchipping is completely in line with the synthetic agenda. It’s the ultimate goal for a control freak, because once the chip is inside of you, your thoughts and emotions will be able to be directly and remotely influenced to a degree never before witnessed in human history. Any steps down this path, no matter how innocent and beneficial they seem at the beginning, are a major danger.