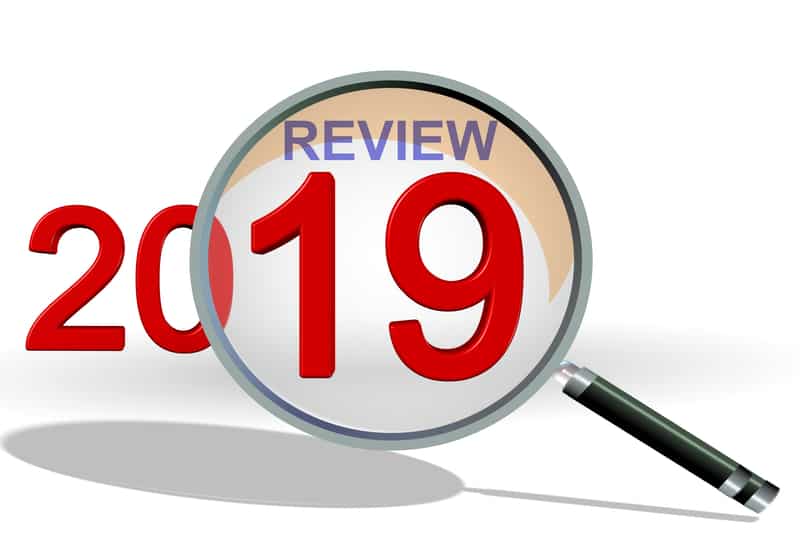 It’s time to take a look at the top 2019 stories & trends, including Epstein, Assange, the weaponization of narrative, US coups & protests worldwide.

As the year comes to an end,

let’s cast our minds back to review the top 2019 stories and trends. There were some very interesting events, incidents, cases and trends that occurred and unfolded throughout the year. In some ways, the NWO (New World Order) agenda proceeded with minor and predictable advancements, and in other ways, cases which were cold (Jeffrey Epstein) suddenly became hot again.

In my opinion, the Jeffrey Epstein case is not only the top story of 2019, but it’s up there among the top stories of the 2010-2019 decade. It is highly significant that a case which was cold, and known mostly to conspiracy analysts and alternative media researchers, sprung to the attention of the MSM (Mainstream Media) and public at large. The Epstein case goes deep into the belly of the NWO beast, connecting to various aspects of the Agenda, as I wrote in this earlier article How the Epstein Saga Connects to Almost Every Aspect of the Worldwide Conspiracy. It connects to:

The Epstein Didn’t Kill Himself meme was another indication of the level of pervasiveness and reach to this story, as well as an indication that the general public is awakening. People are no longer buying the absurd lies and official explanations spewed out by the government and its agencies. People are starting to question things more. The Epstein story has now made it more socially acceptable to talk about aspects of the conspiracy which before were taboo or dismissed out of hand. These are the positive aspects to the whole Epstein saga, although obviously, it is a very sad story, especially for the many victims. It is also very telling that Ghislaine Maxwell and Andrew Windsor still remain at large and unquestioned by authorities.

Top 2019 Stories: The Arrest and Torture of Julian Assange

Another huge one of the top 2019 stories was the dramatic and illegal arrest of Australian publisher Julian Assange in April, who had been holed up in political asylum in the Ecuadorian Embassy in London for years. Behind the scenes, the US bullied the UK and Ecuador to make it happen. The new and highly corrupt Ecuadorian President Lenin Moreno (who replaced Rafael Correa) cut a deal to get Ecuador at least $4.2 billion in loans (from the IMF) in exchange for renouncing Assange’s Ecuadorian citizenship and kicking him out of their UK Embassy. Correa dubbed Moreno “the greatest traitor in Ecuadorian and Latin American history” for his treacherous decision. Independent journalist John Pilger and former UK ambassador Craig Murray have both seen Assange firsthand since his imprisonment at Belmarsh prison, and have given harrowing accounts of how the UK – a supposed ‘liberal democracy’ and foundational member of the free West – is slowly torturing Assange to death. This accusation is also echoed by United Nations Special Rapporteur on Torture and other Cruel, Inhuman or Degrading Treatment or Punishment, Nils Melzer. I believe history will look back in sharp condemnation at Trump, the US, the UK, Ecuador and all others involved in this grave crime against freedom of speech and freedom of the press.

Meanwhile, WikiLeaks continues to publish important and newsworthy leaks of 100% authenticity, the most recent being its expose of the April 2018 Douma chemical attack – the chemical attack that wasn’t. The OPCW (Organisation for the Prohibition of Chemical Weapons) has been thoroughly exposed and discredited as yet another lackey and puppet organization serving Anglo-Zionist interests. I exposed the whole narrative of ‘Assad is killing his own people’ with ‘chemical attacks’ in the article OPCW Fakery: Not Just Douma, Not Just Chemical Weapon Attacks, Not Just Syria.

Top 2019 Trend: The Weaponization of Narrative

The weaponization of narrative is a broad term, which is why I am classifying it as a trend rather than a story, although there are many stories which exemplify it. It is a well known trend. The weaponization of narrative was predicted by James Corbett at the end of 2018 as his story of the year for 2019, while Caitlin Johnstone frequently writes about the control of narrative as a key feature of the Empire. On a larger scale, it’s about perception control, because the only way that the few can control the many is by controlling their perception.

In the above linked video, Corbett gives the example of Zionist and US Secretary of State Mike Pompeo’s recent statement:

“We in the Trump administration will continue to support countries trying to prevent Cuba and Venezuela from hijacking those protests and we’ll work with legitimate (governments) to prevent protests from morphing into riots and violence that don’t reflect the democratic will of the people.”

Another example of narrative control is spinning things so that you always interpret them in a good light no matter what the evidence is. You can hear this kind of thing happen with Trump devotees and Trump apologists who claim he is playing 4D chess no matter what corrupt, atrocious and warmongering moves he makes. Part of this comes from the Q-Anon phenomenon, a sophisticated psyop which resembles a cult in some ways, with a number of people playing the ‘prophet’ (Q) and his decoders and followers playing the part of the apostles.

Other Top 2019 Trends: US Coups around the World, Control of the Internet, Zionism, Climate Change, Protests

Other 2019 trends include the sad yet predictable US-funded protests and coups all around the world, not least in Venezuela. All nations which don’t toe the line with the Anglo-American-Zionist Empire (Russia, China, Iran, Syria, Venezuela, North Korea, Cuba, etc.) were targeted in one way or another with various weapons including demonization, economic sanctions, regime change operations/assassinations/coups and outright invasion/occupation/war. This is NOT to say that the systems and governments of those nations are angelic, perfect and good – of course not! Such binary thinking is shallow. Yes those nations have big problems with corruption etc., and yes those nations are also refusing to bow down to the US-led NWO Empire and have thus become targets. Both are true. An interesting and very recent example of this is the fact that Russia and China have introduced a new UN bid to create a convention on cybercrime, which may lead to new powers being granted to authorities to restrict online freedom and shut down the internet. Thus the US in one way, and Russia-China in other ways, are trampling on freedom. Why support any of them? Meanwhile in 2019 Zionist-owned Trump continued to do pretty much anything that Israel wanted, while the climate change alarmism and hysteria reached new levels with certain people in power exploiting a child (Greta Thunberg) to push the discredited AGW agenda. Lastly, another positive example that people are standing up to corrupt authorities are the massive amount of protests happening around the world (even if some are funded and encouraged by the US), including in Hong Kong, France, Lebanon, Chile and other places.

There are positive signs in 2019 that the public is beginning to awaken, though the NWO agenda is still advancing in many aspects. Control of narrative and getting access to real information is crucial. If trends continue, in the next decade everything will become more digital, which means to retain privacy and freedom, people need to be even more aware of the AI (Artificial Intelligence) or Synthetic Agenda and take whatever steps necessary to retain their humanity in the face of it.