The Top 10 Natural Antiviral Ebola Remedies to be Tested

The Top 10 Natural Antiviral Ebola Remedies to be Tested 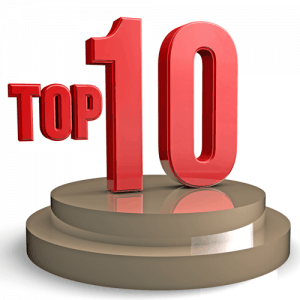 Natural antiviral ebola remedies are being widely suggested, yet not many have been tested specifically against ebola. However, you are giving yourself an excellent chance with these top 10 candidates (if the ebola “outbreak” is real and hits your town).

Antiviral ebola remedies are being touted all over the web,

but the problem is that hardly any have been tested specifically against ebola. The following is my list of the top 10 candidates which have a scientifically proven record of being effective against a whole range of viruses. The first one is a vitamin; the next three are minerals or metals; the next one is a group of friendly bacteria; and the last five are herbs. As always, we suggest getting these nutrients and remedies directly from food – food is medicine, as the ancient Greek physician Hippocrates said. However, if you do need to get them outside of your normal diet, take food-based products that are raw and alive, or derived from organic whole foods, and nothing artificial, since it is questionable whether the body can really use or assimilate synthetic supplements.

[The ebola phenomenon is upon us, and whatever your beliefs about the origin of the virus (whether it is naturally occurring, unintentionally manmade or deliberately concocted in a US military bioweapons lab), we are being told it has entered the USA in several states. The US Federal Government and its agencies like the CDC (Center for Disease Control), that consistently lie through their teeth, seem to be again lying about how harmful or lethal ebola is, or how easily it spreads, or about anything else regarding this “outbreak”, so it’s best to be prepared with antiviral ebola remedies for the worst case scenario. It may turn out to be nothing, or it may turn out to be an epidemic on American shores.]

Vitamin C is one of the most incredible substances on the planet. It is effective against all sorts of diseases, whether viral, bacterial or fungal. Intravenous vitamin C has even been used successfully to heal cancer patients. In my mind it is at the top of the antiviral ebola remedies. Vitamin C has a particular ability to disable viruses. It does this in a number of ways:

There are so many studies done on the antiviral properties of vitamin C you could never count them all. Here is a sampling, showing vitamin C’s antiviral ability against influenza, herpes and Epstein-Barr virus. It is also worth mentioning that other vitamins, notably Vitamin A, Vitamin D, Vitamin E and Vitamin K, also have antiviral properties (though not as much as vitamin C) and are worth increasing in your diet to protect against ebola.

Many viral infectious diseases have been cured and can continue to be cured by the proper administration of Vitamin C … (vaccines) are also completely unnecessary since (they) do not have to be given in the first place with the availability of properly dosed vitamin C.

Zinc is an essential nutrient and powerful mineral that has been shown to be effective against the common cold, certain viruses and as a topical treatment for herpes sores. It works by stopping viral replication. Would zinc be effective against ebola? It’s worth trying, given its antiviral ability against RSV (Respiratory Syncytial Virus) and SIV Simian Immunodeficiency Virus among others. As always, get your zinc from food not pills; the best vegetarian source is raw pumpkin seeds.

Like zinc, selenium is an essential nutrient that the body requires in trace amounts for a healthy immune system. Selenium affects all components
of the immune system. Selenium deficiency has been shown to be implicated in viral infection in many studies. Get your selenium from food not synthetic supplements; the best vegetarian source is raw brazil nuts.

Colloidal silver (aka bio silver and nano silver) is being touted as the best of the antiviral ebola remedies by some natural health practitioners such as Dr. Rima Laibow. She bases her claim not only on the well known antiviral properties of colloidal silver (which used to be used as a broad spectrum disinfectant before the advent of modern antibiotics), but also on this declassified DoD funded-study entitled “Novel Nanotechnology-Based Antiviral Agents: Silver nanoparticle neutralization of hemorrhagic fever viruses”. The website Colloidal Silver Kills Viruses has a good summary of silver’s antiviral properties.

Probiotics are in many ways the basis of the human immune system which is centered in the gut. Without the right balance of beneficial bacteria there, your immune system can be thrown off kilter and impaired in its ability to fend off parasites, including viruses. One study reported “our in vitro model study showed that probiotic bacteria, either from the species Lactobacillus or Bifidobacteria, have the ability to decrease viral infection by establishing the antiviral state in macrophages (white blood cells)”. Probiotic foods include sauerkraut, yoghurt, kefir and pickles.

Garlic has been used for thousands of years as a potent antiviral medicine, especially by the Chinese. Its has many virucidal compounds, i.e. nutrients within it which kill viruses. This study found that garlic was effective against herpes simplex virus type, herpes simplex virus, parainfluenza virus type 3, vaccinia virus, vesicular stomatitis virus and human rhinovirus type 2. It would be a top candidate to tackle ebola.

Elderberry is another top candidate for an antiviral ebola remedy. It busts influenza, FIV, HIV and numerous other viruses. It was proven to have been successful against the H1N1 virus (the swine flu virus of 2009, the last purported “global pandemic”). Its antiviral power is derived from its unique flavonoids. Why are elderberries so effective against viruses? Science is still trying to answer that, but it is though that they contain a specific compound that coats viruses and keeps them from penetrating and infecting healthy cells.

Echinacea has been used in folk medicine for centuries as a health tonic, but it also shows promise as a potent antiviral ebola remedy. It not only supports the immune system, but also has been proven to reduce the severity and duration of viral infections. Studies show its efficacy against many strains of the flu, including H1N1, H5N1 and H7N7.

The leaf of the humble olive tree is truly one of greatest gifts of Nature. An extract of this leaf is one of the most antiviral substances on the face of the Earth. Olive leaf extract has been shown to inhibit replication of all kinds of viruses from VHSV (viral haemorrhagic septicaemia rhabdovirus) to rotavirus to HIV – but don’t expect your allopathic doctor to ditch their drugs and vaccines to promote this wondrous plant anytime soon, because it won’t profit Big Pharma.

Lastly, licorice deserves a mention as a potential antiviral ebola remedy. Studies have been conducted showing that licorice is effect against viruses such as hepatitis C, the human respiratory syncytial virus, enterovirus 71, and VZV (Varicella-zoster virus which is the etiologic agent of two diseases, varicella [chicken pox] and zoster [shingles]).

And a special mention to …

I would also suggest stocking up on cinnamon, green tea, pau d’arco and St. John’s wort, all of which have proven antiviral properties. We don’t for sure which of these natural antiviral remedies will be the best for ebola, but armed with this kind of impressive natural defense, your chances of surviving and defeating the virus are orders of magnitude higher than those who blindly trust Rockefeller-Big Pharma-allopathic drugs and vaccines, or those who are simply unprepared.

And – if ebola turns out to be a giant hoax like the swine flu of 2009, you will still have a great supply of natural medicine for emergencies.

Previous Article
ISIS and Ebola: 2 Contrived & Convenient Enemies for You to Fear
Next Article
Fungus: The Hidden Cause of Almost Every Major Disease?