The Zionist Delusion: Zionist Jews are the “Chosen Ones” and Everyone Else is Less Worthy

The Zionist Delusion: Zionist Jews are the “Chosen Ones” and Everyone Else is Less Worthy 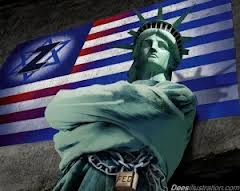 The Zionist Delusion is that Zionist Jews think they are inherently better than everyone else, and therefore feel justified in dominating and persecuting those around them.

and the world for millenia: we are special, and everyone else isn’t. Zionist Jews are the “chosen ones” (whatever that means) and anyone else is therefore less worthy (including ordinary Jews against Zionism), less deserving of respect and honor, and by extension should not be granted the same rights.

Yes, what Hitler and the Nazis did was horrific, however it’s time to forgive and move on. By dragging the whole drama on for so long, the Jews have psychologically identified with it, and have become persecutors and victims at the same time. Modern day Zionists are to the Palestinians what the Nazis were to the Jews. People tend to become the way the are treated. So, on the other side of the inferiority complex, we have the superiority complex: the Jews are the “chosen ones”. They incessantly tell everyone around them the fairy tale that they are somehow better, that God chose them above others, etc. This is a made-up story, a belief without basis and a very dangerous concept; in fact, it’s the foundation for racism, murder and war.

The Zionist Jews are not the only ones who have fallen into the trap of thinking they are inherently superior to those around them. It’s a toxic belief that can infect anyone’s mind. You can see it in other races and religions too, but it’s especially pronounced in the Zionist Jews. The Zionist delusion plays right into that, by claiming that Palestinians are animals or sub-human (where have we heard that idea before?) and therefore don’t deserve the land that was rightfully theirs, or to be able to live peacefully alongside Jews.

It’s no wonder people avoid and feel repelled by Jews when they carry around such a false sense of superiority. Zionists are giving Jews a bad name.

However, what is truly frightening is that Israel owns nuclear weapons (unlike any other country in the Middle East) and owns the US (whether it be US mainstream media, Hollywood or the Federal Government). They have a lot of money and power, and are infected by a toxic idea, which could lead them to WWIII. If Israeli leaders continue to look upon Palestinians as “crocodiles” to be exterminated, we could have a nuclear war on our hands. Let’s hope they can raise their consciousness, overcome the Zionist delusion and see that we are all one giant human family – and that no one is better than anyone else, just different.