The True Meaning of Jihad

The True Meaning of Jihad 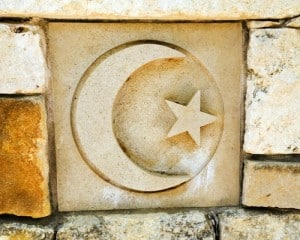 The true meaning of jihad is not what you think. The term has been twisted and imbued with connotations of terrorism & holy wars which have obscured its deeper spiritual truth.

The true meaning of jihad

is not what you think. For over a decade now, and especially since the false flag terror event of 9/11, we have been bombarded with the deceptive propaganda that the biggest threat to the US, UK, Australia, Canada, New Zealand, Israel and other rich western nations is terrorism, especially Islamic terrorism. Part of this narrative has revolved around the creations of CIA-controlled assets like Saddam Hussein and Osama Bin Laden; part of it has been fueled by the Zionist demonization of Islam; another part of the narrative has been predicated upon the manipulation of bands of fanatical religious extremists who would kill to defend their honor, religion, beliefs or culture. In this context, the elite controllers have seized upon an old concept and have emphasized its shallower or lesser meaning; as we shall see, a so-called holy war waged by militant Muslims against infidels or non-believers is not the true meaning of jihad and definitely not the deepest meaning of the term.

The Root Meaning of the Word Jihad in Arabic

The word jihad comes from the root Arabic word jahd or juhd. According to this source, “the meaning [of jihad] is given by Imam Raghib as ability, exertion or power”. Another Arabic word mujahida (from where we get mujahideen) based on the same root word means “the exerting of one’s power in repelling the enemy”. You could say that there are 3 kinds of jihad: the carrying out of a struggle against a visible enemy, the devil or one’s self (nafs). The struggle against external enemies has been called the outer jihad and the struggle against oneself the inner jihad.

Although much of organized religion has lost its way and become bogged down in dogma, archaic beliefs and pointless ritual, the supposed purpose of religion – and the heart of spirituality – is about the transformation of humanity. It’s about the inner struggle we all contend with to become better people, to rise above fear and lower desires and transmute them into compassion, kindness and love. This inner struggle is universal – it is felt and experienced by every human on the planet, old or young, black or white, man or woman, religious or atheistic.

Would it surprise you to learn that the “greater” or true meaning of jihad is precisely this inner struggle?

Consider what Muhammad (after whom the religion of Islam was created) is recorded to have said about the true meaning of jihad to a group of returning warriors:

“You have come from the Lesser Jihad to the Greater Jihad – the striving of the servant (of Allah) against his (own) desires.”

In other words, Muhammad was telling them that they had come to something greater, more challenging and more worthy of their attention than what they had been doing. Don’t get caught up in specific words: a servant of Allah is merely a follower of God, since Allah means God, and it could apply to anyone on the religious or spiritual path.

The inner struggle to transform oneself is far more important than the outer struggle of physical fights and battles. The outer jihad is nothing compared to the inner jihad and true meaning of jihad.

It’s hard to imagine the Zionist Western MSM (Mainstream Media) in general ever revealing the true meaning of jihad to you or entering into a serious discussion about the implications of it … although amazingly the BBC actually recognized this truth in one of their segments.

So, next time you hear the word jihad being bandied around by clueless politicians and robotic TV presenters, remember: militant Muslims waging a holy war against non-believers is only a fraction of the term’s meaning. The true meaning of jihad is actually far larger – and there’s a whole lot of peaceful Muslims pushing for a return to this primary definition. Words have power. Changing our consciousness around this one concept jihad could have significant ramifications.

The world needs more real jihad. Enough people have seen through the outright fakery of ISIS-style jihad with all its green screen beheadings and US-UK-Israeli control behind the scenes. We need more people willing to take up the inner struggle of conquering their fears, integrating their shadow, rising above petty emotions and lower desires. Spread the word about the true meaning of jihad.

Previous Article
Preemption: The Legal Principle used by Big Biotech to Get GMO Labeling Banned
Next Article
September 2015 Convergence: Is There Any Connection Among the Events?