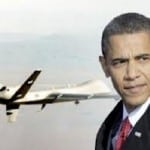 The Obama Kill List has now been combined with a CIA Kill List. Murder is one of the key focuses and strengths of the US Government.

The Obama Kill List is going to be expanded –

and renamed the “Disposition Matrix” in true Orwellian Newspeak language. As reported by the Washington Post, Obama’s current Kill List will be combined with a CIA Kill List to form a new list of so-called “terrorists” which are a supposed threat to the US. The term “Disposition Matrix” is comprised of two words. The first word “disposition” is the noun from the verb to “dispose”, a euphemistic way of describing cold-blooded murder, similar to saying “hit”, “neutralize”, “terminate” or “eliminate”. The second word “matrix” has been made famous by the 3 Matrix films starring Keanu Reeves which brilliantly portrayed how the world we think is real is an illusion – and that dark forces are using human beings as batteries to feed off their energy.

Obama somehow maintained the appearance of caring and competence enough to get re-elected. However, he has championed the use of a Kill List (through drone attacks in Pakistan, Afghanistan, Somalia and Yemen) way more than any president in history. He recently oversaw his 300th drone strike in Pakistan alone. In fact, this kind of targeted killing has now become so routine that the Obama administration has spent much of the past year writing laws to legalize it. Obama has, in effect, institutionalized targeted killing and helped the US sustain a permanent state of war – a sickening course of action for a Nobel Peace Prize Winner to take, but an action that surely pleases Obama’s puppetmasters, the Rothschilds, behind the scenes. The Rothschilds are the world’s criminal banking masterminds and have known very well for centuries how war is good for banking profits and population control.

Fear runs the mindset of those carrying out cowardly drone attacks on innocent people below. The Post quotes a senior US administration official as saying, “we can’t possibly kill everyone who wants to harm us.” But wait a minute, I think I have another solution. Maybe, just maybe, if the US stopped its pre-emptive strikes, wars of aggression and its bombing of innocent people, there would be less blowback and less hatred generated towards it as a country. What do you think?

Previous Article
Israel vs Palestine: There’s No Way to Take a Balanced Look at Genocide
Next Article
The Way to Overcome the Conspiracy Part 1: Choose Love not Fear