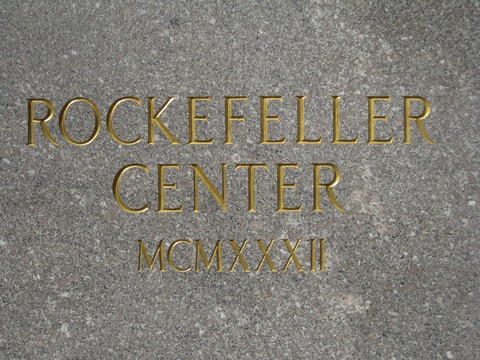 Tax exempt foundations and charities (e.g. the Rockefeller Foundation) are fronts to brainwash us into collectivism and push America into a New World Order.

Tax exempt foundations and charities are one of the key ways

that the elite push forth their agenda. They are very useful tools for the NWO Controllers, since these tax exempt foundations appear to act altruistically and charitably for the good of all, yet behind the veneer, they are actually doing something very different – often 180 degrees opposite their stated mission. In particular, the Rockefeller, Ford and Carnegie tax exempt foundations are fronts to push America into a (NWO) New World Order, a truth masterfully exposed in the video above.

Norman Dodd was interviewed in the video above by G. Edward Griffin in 1982. He was the chief investigator for US Congressman B. Carroll Reece’s Special Committee on Tax Exempt Foundations (commonly referred to as the Reece Committee), a job he performed in 1953. The task was to investigate if there was anything behind the allegation that these giant tax exempt foundations were involved in anti-American activities. His investigation produced some rather stunning results.

In one instance, then president of the Ford Foundation, Rohan Geither, admitted that he used to work for OSS (Office of Strategic Services, the forerunner to the CIA) and that he was using tax exempt foundations to change US education and culture in such a way that America could be combined with the then Soviet Union! This admission proved that the Ford Foundation was openly attempting to rearrange and order life in America so it comfortably merged with communist Russia – and beyond that so it comfortably merged with the rest of the world into a communist NWO global dictatorship.

Underling Kathryn Casey was also working for Dodd on the Reece Committee. Dodd was told by the chairman of the Carnegie Endowment Fund that it would open its minutes and books to a member of his team to cooperate with their investigation. What she discovered was also shocking. In their 1908 minutes, she found the following questions written, as spoken by the leaders of the Carnegie tax exempt foundation: “Is there any means known more effective than war, assuming you wish to alter the life of an entire people?” and “The conclusion was that war was the most effective”. In their 1909 minutes, she also found: “How do we involve the US in a war?”, “We must control the State Department” and “We must control diplomatic machinery”. Casey also found further evidence that the Carnegie tax exempt foundation resolved to aim at that as an objective. They dispatched a telegram to President Wilson to encourage him to see that WWI did not end too quickly! Dodd also found stated in the minutes that in 1919 the Carnegie Fund wanted to prevent a return in America to life pre-1914.

This is very much in line with what we know about the thinking and modus operandi of the NWO today. If you recall, the famous motto of the Illuminati is “Ordo Ab Chao”, meaning order out of chaos. Former White House chief of staff and Zionist Rahm Emanuel was caught saying that “you never want a serious crisis to go to waste”. This can also be thought of as Problem-Reaction-Solution. It’s the way that elite rulers push through unpopular policies, or centralize more power for themselves, during a period of crisis, because the general populace is in a state of fear or grief and is not as rational or politically active as they normally are. Their resistance is weakened in times of crisis.

The Mother of all Tax Exempt Foundations: The Rockefeller Foundation

Dodd also learn the truth about the Rockefeller Foundation. He found that the Rockefeller tax exempt foundation controlled domestic education, while the Carnegie Endowment Fund controlled international education, and still do to this day. Both believed that the key to alterating American culture lay in the teaching of American history. They approached the 4 most prominent teachers of American history at that time, and asked them to alter the way in which they taught American history. All of these men rejected their offer, so they decided to build their own “stable of historians”. They approached the Guggenheim Foundation, granted new men scholarships, assembled 20 teachers, then briefed them in London and told what was expected of them. This group of 20 became the nucleus of the American Historical Association. It received a grant of $400,000 for a new study “What can this country look forward to in the future?” Their 7 volume conclusion was that the “future belongs to collectivism administered with characteristic American efficiency.”

It is important to look at anything the Rockefellers do with a very cautious eye. They project a public face of being charitable and philanthropic, while behind the scenes orchestrating hideous plans of war and control. David Rockefeller has even admitted that

Some even believe we are part of a secret cabal working against the best interests of the United States, characterizing my family and me as ‘internationalists’ and of conspiring with others around the world to build a more integrated global political and economic structure–one world, if you will. If that’s the charge, I stand guilty, and I am proud of it.

The supranational sovereignty of an intellectual elite and world bankers is surely preferable to the national auto-determination practiced in past centuries.

The NWO elite make no secret of their power and intentions. It’s all out in the open if you are prepared to look.

In conclusion, it appears that the ultimate goal of these tax exempt foundations is not just to undermine America, but rather to undermine the spirit of individualism everywhere, and promote the idea of collectivism. Collectivism is the idea that the group is more important than the individual, as is the philosophical basis for many political ideologies including socialism and communism. Of course, these tax exempt foundations support communism and collectivism because the way they are orchestrating it, they will end up being the administrators of the new global State, and will thus control all the money, power and resources of the world.

Previous Article
Obamacare: Collectivist Medicine at the Point of a Gun
Next Article
4 Startling Things You Didn’t Know About Hitler