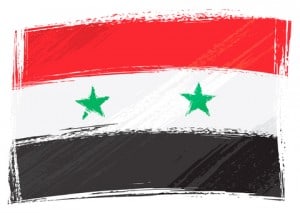 The Syria agenda is the same as the Libya and Iraq agendas. The Rothschild-dominated US and Britain arm local fighters and fabricate stories of chemical weapons to justify intervention and war.

The Syria agenda is essentially identical

to the Libya and Iraq agendas. The Syria agenda is really quite easy to comprehend. The Rothschild-dominated Anglo-American elite want to take over all the Middle Eastern countries – firstly to steal their oil, then to grab their opium, then to pilfer other natural resources, then to install a privately-owned central bank and lastly to set military bases there to encircle Russia and China. This will be a prelude to WWIII, which will be the West (NATO nations [US, Britain, France, Germany, etc.] and Zionist Israel) vs. the East (Russia and China), as their nefarious scheme goes.

Why Libya was taken out

With Libya the public was sold the propaganda that the West needed to step in to stop a “brutal dictator” (Gaddafi) from killing his own people. Now Gaddafi may not have been perfect, but the fact is he oversaw great projects to help the Libyan people, such as the building of giant pipes to provide potable water for the entire population. Countries rising up and becoming self-sufficient and independent does not please the imperial powers!

Criminal elements within US Government and military, as they have done on so many other occasions, sent in their agents and recruited rebels to fight the legitimate government of Gaddafi, thus starting what appeared to be a civil war, but in reality was a foreign-funded insurrection. However, the same forces controlling the US Government and military also control the mainstream media, and thus they were able to paint a false picture of a tyrant killing his own people and justified the need for foreign intervention.

The deceptive piece of propaganda known as R2P, “Responsibility to Protect”

Humanitarian intervention has been the new pretext for stronger nations to invade weaker ones while trying to lay claim to some kind of moral justification for their aggression. This humanitarian intervention has now been codified in international law through the doctrine of R2P, or Responsibility to Protect. It’s a great cover story, and sounds so altruistic, but it functions as an excuse for foreign powers to step into any country they want. All they need is a bit of infighting, and they claim they are intervening for the good of innocent people there. And if there isn’t any infighting, the simple: send in the CIA or MI6 to fund local rebels and create some! Humanitarian intervention is indeed naked imperialism.

With Saddam Hussein, we were told he was harboring WMDs, weapons of mass destruction. That was the Iraq agenda. It turned out to be completely false. Now with Assad, Obama has said (without producing any evidence) that Assad is using chemical weapons. This is the Syria agenda. It’s the same bold-faced lie and attempt to justify more intervention and a full-scale war.

Hopefully enough people have studied history and realized the deception, and so will not fall for it again, but we will see.

Previous Article
Bankers’ Wars: Target Syria
Next Article
The Commercialization and Weaponization of Just About Everything