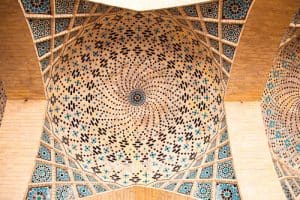 At the International Islamic Conference in 2016, Sunni Muslims re-defined Sunni Islam and distanced themselves from radical Salafist, Wahhabist and Takfiri terrorism.

and Saudi Arabia (the home of many Salafists) in particular, did not like an event which took place in August 2016 at Grozny, Chechnya, Russia. This under-publicized event was an international Islamic Conference. Over 200 leading Sunni imams, scholars and clerics, including from Egypt, India, Russia, Syria, Turkey, Britain, Lebanon, South Africa and Jordan, attended. The purpose of the conference was to bring Muslims together and to answer the question of what it meant to be a Sunni Muslim. The Sunni leaders in attendance made a point of distancing themselves and disassociating from Salafist people and groups, the most famous of which is ISIS. According to many commentators, this important event didn’t receive the wide coverage that it should have due to the influence of Saudi Arabia, who assert that the conference was designed to exclude Wahhabi Salafism.

The key Sunni leaders at the conference made it clear that the radical, violent and murderous actions of some Arabs calling themselves Muslims (Salafist, Wahhabi or Takfiri) did not represent Islam. Although the main 2 sects of Islam are Sunni and Shia, there are some smaller branches. Salafist, Wahhabist and Takfiri Muslims are the kind of extremists some associate with radical Islamic terrorism. The 3 terms are often used interchangeably, although technically, a Salafist is one who practices fundamental Islam (from the Arabic term “salad” [predecessors, ancestors] used to identify the earliest Muslims). Wahhabism is synonymous with Salafism and is named after Muhammad ibn Abd al-Wahhab, a fundamentalist Muslim who lived in Saudi Arabia from 1703-1792. Takfiri denotes a Muslim who accuses another Muslim of apostasy (i.e. being a non-believer or kafir). The accusation itself is called a takfir. Many writers now refer to groups like ISIS as Salafist-Takfiri, because they claim the right to declare, as they see fit and according to their interpretation of Muhammad’s teachings and Islam, any Muslim an apostate, as well as any non-Muslim. 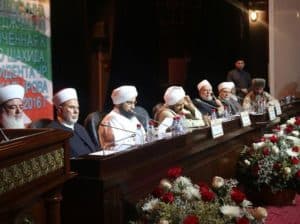 Significance of the Islamic Conference: Changing the Perception of Islam in the West

“The globally renowned Sunni Islamic scholars and clergy unanimously took a stand that the Takfiri terrorists, who loudly claim to belong to ‘Sunni’ Islam, are not from among the Ahlus Sunnah (the Islamic terminology for the mainstream Sunni Muslims in the world) …

Having said that, Sheikh Ahmad al-Tayeb allegedly excluded the “Salafists” from the term of Ahluls Sunna (Sunnis) stating that Salafists – also known as Wahhabis – are not from among the Sunnis. This was, probably the first time that the global Sunni Islamic scholars have disassociated themselves so clearly from the Salafists, who also claim to be the Ahluls Sunna or ‘Sunnis’.

Though this report has not received the media attention it deserved, it should be caught up as one of the most underlying news emanating from the Muslim world.”

The article goes to emphasize that the Islamic Conference was all about denouncing takfiri terrorism in the strongest possible terms and the Sunnis distancing themselves from it. It is reasonable to assume that part of the motivation for doing this is to change the perception of Islam in the West, which is probably at an all-time low:

“Given the significance of this epoch-making conference, the participating religious leaders called the conference a “significant turning point to correct the treacherous and lethal deviation from the true definition of Ahlus Sunna, as a result of the extremists’ attempts to hijack this glorious epithet, misusing it for themselves” …

Notably, the Sunni leaders of the Chechnya conference have recommended the establishment of a national television channel, at the level of Russia, whose objective would be to “communicate the true image of Islam.”” 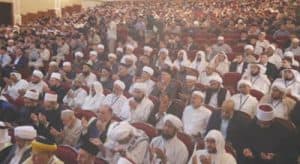 The conference speech of Cairo Grand Imam Dr. Ahmed el-Tayeb is said to have included this quote:

““Terrorists and Islam have no relation whatsoever, instead these terrorists are inclined towards spreading a radical ideology among Muslims, so that Islam is misunderstood world over.””

The article Grozny Conference: The First International Conference Dedicated To Answering The Question: Who Are The Sunnis? praised the aim of the conference:

“For the first time in nearly 50 years, Sunni Muslims are challenging the ideology that sustains the genocidal wars waged by groups like al-Qaeda and its derivatives who are waging wars with the intent to purge countries from people who are not followers of “true Islam” as they define it.”

The points emphasized at the conference echo a point I made in an earlier article The True Meaning of Jihad: that the term jihad really means the inner spiritual struggle, not outer violent action.

Step in the Right Direction

It is the understatement of the century to say that Islam has a PR problem in the West. It is a positive move to see leading Islamic figures make a strong proclamation of their values and have a public discussion of what Islam is and what it is not. Through the treachery and deception of Zionism, plus the unfortunate radical and violent acts of some who have twisted Islam and used it as justification for murder, Islam has become a feared and hated concept in many Western parts of the world including the US, Europe and Australia.

Hopefully, more people can begin to see the shades of grey with the whole topic of Islam, and move out of fear, rather than having their beliefs and opinions manipulated by the Zionist MSM – who are using sophisticated perception management techniques to advance their geopolitical agenda in the Middle East and attempt to bring about a New World Order.