What Corporation Just Pulled Off the Greatest Publicity Stunt Ever?

What Corporation Just Pulled Off the Greatest Publicity Stunt Ever? 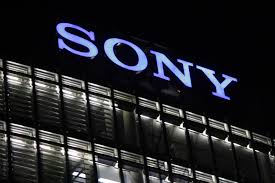 The Sony hack may be one of the greatest publicity stunts ever, advancing several agendas. Many cyber-security groups have refuted North Korea’s involvement

is one of the greatest publicity stunts ever. Not only did Sony manage to get the MSM (Mainstream Media) talking about it, but also they got the US President and leaders from other countries involved! What a scheme. Those familiar with advertising know that getting your “product” at the front of people’s minds is the key, especially in this day and age when thousands of things compete for people’s attention. The fanfare surrounding the Sony hack well and truly got the movie in people’s minds; even people who would never normally see such a C-Grade comedy were now motivated by curiosity to see the film. That’s mission accomplished for Sony.

Many Are Refuting North Korea’s Role in the Sony Hack

The FBI has come out and said that North Korea is responsible for the Sony hack, yet this assertion tests credibility, especially since the FBI is an agency known to carry out false flag attacks and sting operations. A sting operation is one where the FBI secretly plans and carries out an operation (like a bombing), usually by bribing a patsy or group of patsies, then magically “foils” the attack and saves the day. Meanwhile, innocent people get killed or imprisoned, the FBI justifies their budget and the public gets the false idea the FBI is actually fighting real terrorism.

Here is a partial list of people and organizations that are outright refuting the idea that North Korea is behind the Sony hack (thanks to Zero Hedge for compiling this list):

The Big WTF Moment of the Sony Hack Scheme

One of the big giveaways that this whole Sony hack scheme is an inside job was the fact that it was released – and released on Christmas, when people have time and want to see a film – a few days after the “hackers” allegedly threatened to blow up some cinemas! Sony waited just long enough to get everyone talking about it – from Hollywood actor George Clooney to US President Barack Obama – then decided, conveniently, it was going to release it anyway. WTF?

Of course, the Sony hack isn’t just about publicity, free advertising and a sleazy attempt to increase corporate profit. There are other agendas going on too. There were emails that were leaked – was this an attempt to embarrass certain celebrities, or harm their reputation and career? What about the motives of the MIC (Military Industrial Complex)? The CIA has long had a cozy relationship with Hollywood. Given that the groups and secret societies ruling the world have members in both Government and Big Corporations, the motive could easily have been to make money and demonize North Korea at the same time. (I am no fan of tyrannical governments like the one in North Korea, however it’s hardly a unique example in the world, and is only responding to being continually hassled by the US.)

After all, Governments like the one in the US operate by inventing enemies for the public to fear and hate, so that they can distract people from the widening gap between the rich and poor (and the evisceration of the middle class), and justify endless and utterly unsustainable military spending and war that only serves to enrich the military defense contractors and takes away badly needed resources from those outside of the war industry.