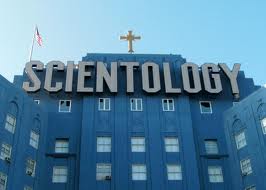 Scientology abuse is rampant. It’s more like a Cult than a Church. If its teachings are so good, why does it need to force people to remain trapped inside of it?

as ex-scientology members and staff are coming forward and speaking out about the horrendous occurrences taking place inside. The Church of Scientology – or the Cult of Scientology as it would more aptly be named – was founded by L. Ron Hubbard, a one time member of Aleister Crowely’s Masonic OTO (Ordo Templi Orientis). Crowley was deep into black magic. Hubbard was also associated with Jack Parsons (a founding member of Jet Propulsion Laboratories), another of Crowley’s students who dabbled in the occult. There are many conflicting accounts of Hubbard’s life, some claiming he introduced mind control techniques (also used by the CIA in their MK Ultra programs) to Scientology, although there is a notable positive account of Hubbard’s life from anonymous whistleblower Dane Tops on the Project Camelot site, who claims Hubbard was well intentioned but eventually lost control of the organization.

Whatever the truth about Hubbard, the fact remains that there are numerous instances of people giving firsthand accounts of the abuse they have suffered at the hands of modern-day Scientology. Marc Headley lived at Scientology’s International Base for 15 years, where he worked 100-hour work weeks for less than 50 cents per hour, enduring mental and physical abuse. He eventually made a dramatic escape from the heavily guarded compound in Hemet, California. Nancy Many, when 5 months pregnant, was sent to Scientology’s re-indoctrination labor camp, where she was forced to work 10 hours a day, followed by 5 hours of study, while living in a garage. Laura Decrescenzo, recruited into Scientology at the age of 12, became pregnant at 16 and was pressured and forced into aborting her child (Scientology staff are not allowed to have children). In desperation, Laura swallowed bleach and pretended to be suicidal to get herself thrown out. Jeff Hawkins spent 35 years working for Scientology all over the world, including the top level at the International Base, and eventually left after suffering beatings by Scientology leader, David Miscavige. Maureen Bolstad, not knowing what she was getting into, signed a contract at age 15 to join the Scientology staff and was promised an education and regular pay, but instead worked 18 hours a day, 7 days a week. She developed health and emotional problems.

It doesn’t stop there. Sad to say, Scientology abuse extends to sexual molestation and, just like the Catholic Church, Scientology has also been reported to be involved with pedophilia. A former scientology staffer is breaking her silence about being sexually assaulted 100 times at ages 16 and 17 by the church supervisor Gabriel Williams she was “ordered” to live with, and then receiving threats and intimidating phone calls when she reported the abuse. Ex-scientologist Jane Scott reported that Wally Hanks was a pedophile who was engaged in illegal relations with at least one, or perhaps several, of the girls in his charge. There are also many reports, as in the video clip above, that Scientology works its members very hard and keeps them trapped inside heavily guarded compounds.

These are just some examples in a long list of victims who are glad to have escaped Scientology. Physical abuse, mental abuse, horrible living conditions, child labor camps, forced abortions, long, hard labor, molestation, pedophilia and mind control are the common themes which connect the stories of ex-Scientology members. Scientology abuse is widespread, and it’s a good thing people are stepping forward to bring the truth to light.