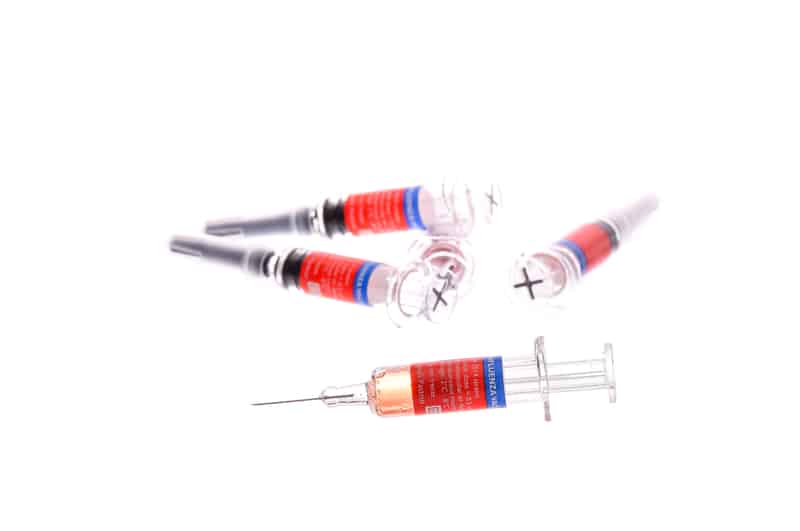 Fake Pandemic Re-Run: there are marked similarities between the 1976 swine flu and the 2020 COVID scamdemics.

is interesting to look back upon now in the light of Operation Coronavirus. There has been a series of pandemics in recent history (take the last 100 years) with very similar blueprints, patterns and agendas to the manufactured COVID crisis. With the 1918-1919 flu pandemic, for instance, there is credible evidence that it was not caused by a “Spanish” strain of the flu, but rather by vaccinated American soldiers coming from a military base in Kansas, and/or increases in the Earth’s electrification as laid out by Arthur Firstenberg. As briefly touched upon in previous articles, German virologist Dr. Stefan Lanka exposed the 2005 H5N1 bird flu “pandemic” which resulted in under 300 deaths worldwide, despite “David Nabarro, the newly appointed Senior United Nations System Coordinator for Avian and Human Influenza, [warning] the world that an outbreak of avian influenza could kill 5 to 150 million people” according to Wikipedia. Let’s take a closer look at the 1976 swine flu pandemic and the staggering parallels between it and the current coronavirus scamdemic.

Bill Gates has publicly signaled the endgame of the scamdemic – a COVID vaccine. We know it’s coming. Gates even recently admitted in a MSM interview (around the 12:00 minute mark) that “we don’t know if these vaccines will work.” Has there ever been a good reason to take a vaccine? This 60 Minutes clip exposes the horrific fallout from the 1976 swine flu vaccine. Interestingly, at around the 4:00 minute mark, the report talks of how the mysterious swine flu first emerged at a military base in Fort Dix, New Jersey … leading me to wonder: were US soldiers the victim of some kind of experimentation, just as they were in 1918 and probably countless other times? Were they chosen as the means by which to bring this new “pandemic” into the world, to meet the agendas of Big Pharma profits, governmental control and depopulation? The 60 Minutes report further reveals how the CDC rolled out the swine flu vaccine on the American people at a time where there were only reported but no confirmed cases (worldwide) and how they used deception on the consent form (stating they had tested the vaccine but refusing to reveal they tested a different vaccine than the one being administered). The CDC also didn’t disclose the true possible effects of the vaccine – neurological disorders like Guillain-Barré syndrome (similar to paralysis), which afflicted the woman featured at the start of the clip.

This article The Great 1976 Swine-Flu Caper by Pastor Sheldon Emry is incredibly revealing given what has been happening with COVID (the linked article is a little hard to read however if you can find the original print as I have, you will see it contains newspaper clippings to back up what Emry states. The newspaper excerpts show how the mass media was actively and shamelessly collaborating to hype the fear and sell the vaccine):

“Dr. Archie Kalokerinos, a noted Australian physician with extensive experience with flu vaccines in Australia, told an audience of doctors in Los Angeles in September of 1976 that the U.S. Government’s swine flu immunization program was “A plan for mass murder.” Dr. Kalokerinos had written a book on his findings in Australia that flu vaccine was killing half the babies in his district! … Dr. J. Anthony Morris, the government’s most experienced flu researcher has said, “The swine flu is not contagious and is not a killer.” He warned that the vaccine could induce greater diseases and, “We can predict that more and more tragedies related to the vaccine will come to light.” He called the inoculation program a “potential virological nightmare.” When Dr. Morris released a public warning to the Washington, D.C. newspapers in July, 1976, government agents entered his laboratory, killed all animals he used in vaccine research, destroyed the vaccine research records of him and his staff and fired him! The government then went ahead with the mass inoculation program, lying to the American people and saying there was “No evidence the vaccine was dangerous.”

The evidence that the “swine flu epidemic” was a total hoax, and that the vaccine itself not only is useless but actually infects people with other disease, is so overwhelming at this point that we can arrive at no other conclusion than that THIS WAS A WELL-PLANNED ATTACK ON THE HEALTH AND LIVES OF MILLIONS OF AMERICANS … Dr. J. Anthony Morris, 25 years of experience testing long-range effects of vaccines for the U.S. Bureau of Biologics: “The people who initiated the program used a man-made virus to produce the vaccine. We don’t know ANYTHING about it – yet they indiscriminately began pumping this POTENTIAL VIROLOGICAL NIGHTMARE already into the arms of 40 million innocent Americans. We’re already seeing examples of what tragic things can happen as a result.” … Dr. Ernest C. Herrman, Jr., professor of microbiology at the University of Illinois: “We have a vaccine which NO ONE CAN BACK UP AS SAFE.” Dr. Herrman, speaking of U.S. officials in H.E.W.: “They’ve lied from the beginning because they said it’s effective and they have no evidence of that. None of the people (in the tests) were ever infected by influenza virus – so they never proved its effectiveness.” Dr. Hubert Ratner, a Chicago area health official for 25 years: “The vaccine isn’t any good … The CDC knows it, and we know it.”

Dr. Cyril Wecht, chief medical examiner, Allegheny County, Pa., who performed autopsies on 3 victims: “The government is doing everything possible to make sure there are some cases labeled swine flu to justify their massive immunization program and the catastrophe associated with it.” … Dr. Archie Kalokernios, Australian physician who wrote a book on how mass immunization programs in Australia killed one-half of the Aborigine babies: “Immunization can cause sudden death. They say the serum [the swine vaccine] has been tested. I say that is bunk and my beliefs are backed by companies making the drug who refuse to sell it unless the government insulates them against death and damage claims.” Dr. Kalokerinos further stated that every undernourished or ill person would be especially susceptible to injury or death from the vaccine, and said inoculating individuals without a prior physical examination made the program “a plan for mass murder.” (As readers know, it was exactly the old and the ill who were urged to get the shots by government and news media!) Congressman Larry McDonald (D.-Ga.), who is a doctor: ’’Certain elements are trying to make this thing look like we’re in imminent danger, when the truth is that no proof of swine flu being passed from person to person exists” (i.e., it is NOT contagious!).”

The 1976 swine flu “pandemic” had many of the elements of the COVID “pandemic”, including:

– reports that a new strange virus has emerged which crossed species from animal to human (despite doctors such as Dr. Stefan Lanka, Dr. Andrew Kaufman and Dr. Andrew Cowan stating there is no evidence that a virus can cross species like this);

– cases dubiously labeled as swine flu without much evidence;

– mass media amplification and fearmongering regarding the severity of the “problem”;

– the CDC (basically a giant vaccine company as Robert Kennedy Jr. put it) behind the rollout and promotion of the vaccine;

– reports of a shortage of vaccines as a slick marketing technique to project an image of artificial scarcity in the hopes of raising economic demand (‘you better get it while stocks last’).

All in all, around 46 million Americans took the vaccine (in a population then of around 218 million), which was about 21% of the entire nation. According to the aforementioned 60 Minutes report, there were at least 4,000 injuries reported which were awarded $3.5 billion of damages ($16.2 billion in US dollars in 2020). Of these 4,000 injuries, 2/3 were severe neurological damage or death.

The Yale study COVID-19 Vaccine Messaging, Part 1 started last month in July took the task of discovering which messaging would be most effective in tricking people into taking the upcoming COVID vaccine. 4000 participants were divided into 15 groups, with 2/15 receiving the control group message (random info about bird feeding), 3/15 receiving a baseline vaccine message (the propaganda line that vaccines are ‘safe and effective’) and the other 10/15 (which is 2/3) receiving 10 different pro-vaccine messages, each one using a different method of persuasion to motivate people.

In other words, they are testing 10 different manipulation methods, ranging from guilt to embarrassment to trust in science, to see what effectively motivates people the most to capitulate to the Gates-Rockefeller led vaccine agenda. The results have not yet been published. Look at the chart above. Ask yourself: are you susceptible to any of these lines of persuasion? Are you insecure about your knowledge of the vaccine issue or your courage? Rest assured, you and everyone you know will be psychologically targeted to take the COVID vaccine, so if you have any mental weak points, now is the time to look within and be aware of them, so this propaganda won’t work on you.

The stunning parallels between the 1976 swine flu pandemic and the 2020 COVID pandemic show not only that history repeats itself, but also that the NWO (New World Order) controllers have had a long long time to perfect the art of launching a manufactured crisis to bring about a desired result. In the age of supercomputers, the NWO conspirators can easily use previous “pandemics” to gather data, see what worked, plug all that data into their supercomputers and run simulations to prepare for their next grand exercise – exactly what we have been living through since the start of the year. Ever since the NCVIA (National Childhood Vaccine Injury Act) in 1986 in the US, Big Pharma vaccine makers have legal immunity for their vaccines, and thus no incentive to make a safe product. However, that is assuming there even is such a thing as a “safe vaccine.” Many vaccine experts such as Dr. Judy Mikovits have said there is no such thing since even if you removed the carcinogenic and toxic adjuvants, you would still be injecting foreign immortalized cells and weakened viruses straight into your bloodstream, which bypasses the protection of your digestive microbiome and shocks the body. Russian President Putin just announced the world’s first COVID vaccine. As we come towards the end of 2020 and the start of 2021, we must be prepared for the endgame of this sinister agenda and be prepared to stand in our unalienable natural rights to bodily autonomy and medical sovereignty, because it won’t be long until we will need to stand up to defend them.

Makia Freeman is the editor of alternative media / independent news site The Freedom Articles, author of Cancer: The Lies, the Truth and the Solutions and senior researcher at ToolsForFreedom.com. Makia is on Steemit and Parler.