RFK Jr Speech on Mandatory Vaccines: “Where Does the Power of Government End?”

RFK Jr Speech on Mandatory Vaccines: “Where Does the Power of Government End?” 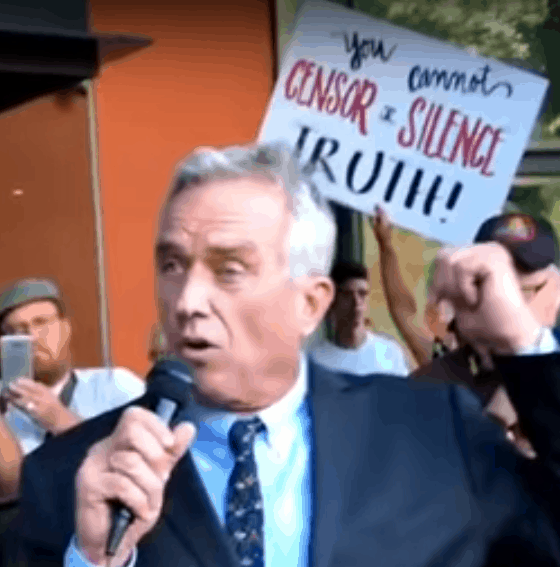 The mandatory vaccine agenda rolls on … but opposition mounts. This RFK Jr speech points out the bigger issues at stake, including the limit of government power. Image credit: YouTube/Del BigTree

made in Sacramento, the state capital of California, forcefully challenged the idea of mandatory vaccination and government authoritarianism, as California tragically descended into more tyranny with Governor Newsom signing draconian bills SB 276 and SB 714, drastically restricting the ability of children in that state to receive medical exemptions to vaccines. Opposition to the bills was vociferous, with many protestors gathered at the State Government buildings. Unfortunately, the protests were not enough to stop the bills proposed by disgraceful California senator Richard Pan, bribed to the hilt by Big Pharma, from passing. The RFK Jr speech was strong and inspirational, not just because it highlighted how dangerous and tyrannical mandatory vaccines are, but also because it provoked people into thinking about freedom and authoritarianism itself. As horrific as mandatory vaccines are, they are a symptom of a darker force which is pushing to turn free societies into dictatorial societies – and it’s happening at an ever gathering pace right before our eyes.

“If we can give Government and Big Industry the right to inject untested medical products that are zero-liability into our children coercively, where does the power of government end? What else can they order us to do? Can they do the same thing that they do in China, which is to tell people that they have to abort their babies for the good for society? Can they euthanize people for the good of society? Where is the legal boundary? Where is the rational boundary if we can give government this right? … We have signed treaty after treaty after treaty saying you cannot force an American citizen, or any citizen of the civilized world, to take a medication or submit themselves to a medical procedure without informed consent!”

Interestingly, RFK Jr points out the sharp contrast between societies based on individualism (respect for individual rights as the basis for society) vs. collectivism (where the abstract concept of the greater good triumphs over individual rights and needs). Both fascism and communism very similar or even identical in their elevation of the centralized state over the individual. RFK Jr goes on to point out how Big Pharma is lying about the truth of how vaccines cause many diseases:

“Where [are] all the autoimmune disease coming from? If it’s not the vaccines, where is it coming from? … According to HHS, 12% of the people in my generation prior to 1986 had chronic disease. Today 54% [do]. Let’s pretend all the those hundreds and hundreds of studies aren’t there that say it’s the vaccines … let’s pretend that everyone of those diseases, the autoimmune diseases: Guillain-Barré, cerebral palsy, diabetes, rheumatoid arthritis, the neurodevelopmental diseases: ADD, ADHD, speech delay, language delay, TICS, Tourette’s Syndrome, ASD, autism, the allergy diseases: peanut allergies, food allergies, eczema, asthma, anaphylaxis – where can you find those listed in 2 places? One in the list of chronic diseases that are now epidemic among American children, and on the vaccine inserts. And why would the company put them on the vaccine inserts? … The only way you can sue them under NVICA (National Childhood Vaccine Injury Act), is if they know or suspect of an injury being caused by their products, and they fail to put it on the insert. So it’s the one place where they’re honest. For many years they’ve told us: well, just because we put it on the insert doesn’t mean … it’s actually caused by the vaccine … but the Code of Federal Regulations says you cannot put in on an insert unless you believe that it’s caused by the vaccines.

So, they are lying!” 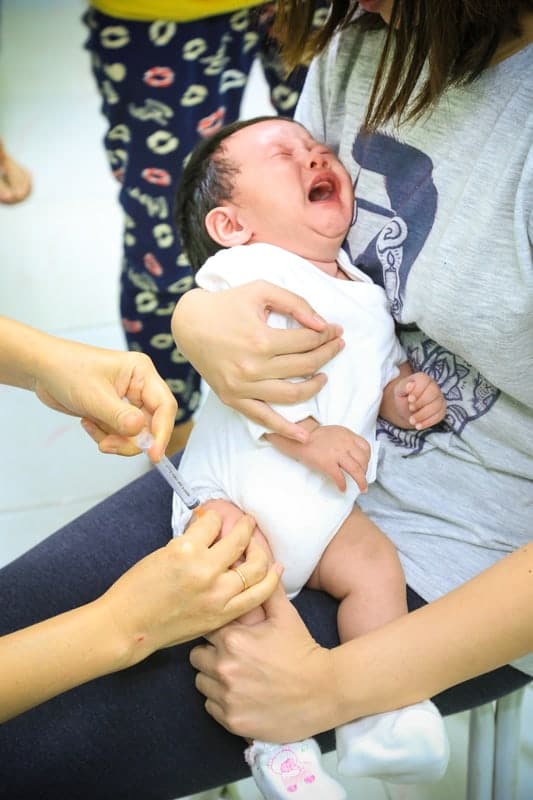 RFK Jr (Robert Kennedy Jr.) has been a staunch critic of Big Pharma for many years now, and was chosen (then abandoned) by Trump to chair a commission to review vaccine safety. On August 30th 2019, he wrote a previous piece entitled The True Purpose of CA SB276 where he pointed out that Big Pharma company Merck initially promised lifelong immunity with its first measles vaccines, but when that didn’t work, they kept changing the target and wanted more and more people to be vaccinated to produce the magical herd immunity (which is still a pseudoscientific myth). Eventually this culminated in Merck attacking anti-vaxxers:

“Merck introduced its measles vaccine in 1963, claiming the vaccine would convey lifelong immunity equivalent to a natural infection, with health officials promising that 55% vaccine coverage would produce “herd immunity” … Merck’s vaccine, with a growing failure rate has been incapable of abolishing the disease … When eradication predictably didn’t materialize and measles attacked fully-vaccinated populations, Merck simply moved the goalpost saying that herd immunity required 75% vaccination, then 85%, then 95%, then 98%. And now 99%. To distract the world’s citizens from its failed vaccine, Merck started blaming “anti-vaxxers.””

Big Pharma Has Rigged the Game

RFK Jr finished his speech with some very appropriate comments about the reality of this fight:

“This is the biggest battle of our lives, and we are privileged to be part of it … you are on the frontline of something that you know is important … my father told me that you have to find something to give your life to. This is the most important battle probably in human history … our greatest political leaders have been warning Americans about the danger of Big Government … Teddy Roosevelt [..] said that America would never be destroyed by a foreign enemy … but our beloved democratic institutions would be subverted by malefactors of great wealth who would corrode them from within.”

“[Big Pharma/Corporate Power] destroyed the markets didn’t they? There is no market for vaccines because they couldn’t sell them. So they had to disable the markets and force us to take them against our will … they’ve taken democracy from us and they’ve taken the institutions of justice directly. They have gotten rid of the 6th and 7th amendment guarantees … for jury trials … a private corporation can injure and disable and you can’t get a jury trial. They have had to dismantle all the institutions in our democracy in order to make this business function. They know that they cannot get people to take [vaccines] willingly … the only way they can win is through censorship and coercion.”

Final Thoughts: Take a Stand on This Issue

As I covered in my previous article on this topic, Mandatory Vaccine Agenda is Step-by-Step Repealing Religious & Philosophical Exemptions, RFK Jr has been involved in litigation (in New York) to stop the mandatory vaccine agenda. In his speech he affirms that he has a plan, and affirms his intention to bring this issue to court in whatever venue is necessary: State, Federal, Appellate and the Supreme Court if need be. While this is heartening, it’s vital to take this with a dose of realism. I pointed out in the above-linked article that the US Federal Supreme Court already granted itself the power over 100 years ago to affirm that government had the authority to mandate vaccines. What will stop them ruling by precedent? This issue is way bigger than just mandatory vaccines; way bigger than just informed consent or medical freedom; way bigger than just the USA, Australia or Germany; it’s a worldwide agenda of medical fascism and it’s going to take a highly concerted, unified effort of all people around the world to stand up and say “NO!!” It may require mass civil disobedience. It may even take a non-violent revolt (something like the Yellow Vest movement in France but wihtout the violence). A huge battle is looming on the horizon. There is nowhere to run and hide; submission will result in you being forcibly injected and poisoned. This is a crucial issue for you to rise up – NOW – and be counted among those who stand for freedom.