The Republic of Australia? Time Overdue for Island Nation to Shed Royals

The Republic of Australia? Time Overdue for Island Nation to Shed Royals 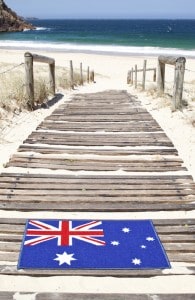 The “Republic of Australia” has a great ring to it. It’s Australia’s future. Gough Whitlam’s ghost is watching, hoping Australia will rise up in self-determination …

The Republic of Australia?

The phrase has a great ring to it – and it’s long overdue. The movement to create a Republic of Australia just got a boost recently. Almost all the premiers (7 out of 8) of Australia’s states and territories signed a declaration affirming their belief and desire that Australia’s type of Government should be changed from a constitutional monarchy to a republic. As it stands, Australia’s Head of Government is the Governor General, a representative of British Queen Elizabeth. Although Australia considers itself young, proud and free, it is still saddled and burdened with an archaic governmental structure that allows a foreigner to be the supreme Head of State. This goes against obvious principles of freedom and self-determination in disallowing any Australian to fulfill this role. A Republic of Australia would change all that.

Given that Australia became a nation upon Federation in 1901, change is overdue. Neighbor New Zealand is in the process of changing its flag to incorporate a more authentic symbol of their culture (the fern leaf on a white, gray and black background). Many NZ designers are ditching the British Union Jack from their designs. It’s time the island continent of Australia severed its political ties with the British monarchy, reclaimed its sovereignty, chose its own Head of State and regained full control over its political system. As the BBC reports:

“Australian Republican Movement chairman Peter FitzSimons said all Australian leaders, including [current Prime Minister] Mr Turnbull and opposition leader Bill Shorten, supported severing ties with the monarchy. “Never before have the stars of the Southern Cross been so aligned in pointing to the dawn of a new republican age for Australia,” Mr FitzSimons told ABC News. South Australian Premier Jay Weatherill said it was “well past time for Australia to become a sovereign nation”. “Any self-respecting independent country would aspire to select one of its own citizens as head of state,” Mr Weatherill said.”

There was a referendum in 1999 to decide whether Australia would become a Republic.

This isn’t the first time Australia has made a point of this topic. There was actually a referendum on the “Republic of Australia” issue in 1999. The result may well have made Australia into a republic, were it not for the cunning divide-and-rule tactics of then Prime Minister John Howard and (behind the scenes) Queen Elizabeth. Howard was a staunch monarchist. He insisted that the referendum be structured so the vote was between the current system (a monarchy) and one – just one – model of a Republic of Australia. This divided the “Yes” vote (yes for a republic). The exact writing was:

“A proposed law: To alter the Constitution to establish the Commonwealth of Australia as a republic with the Queen and Governor-General being replaced by a President appointed by a two-thirds majority of the members of the Commonwealth Parliament.”

Notice that the wording specifies a particular model of a Republic (which not all in favor of a Republic would agree with), rather than a more broad and open phrasing, such as “Do you approve of Australia becoming a Republic?” The particular type of Republican model could have been decided in a later referendum or vote, if the issue had been set up fairly. It wasn’t. 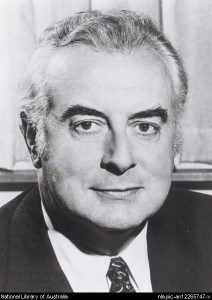 Gough Whitlam, the only Aussie PM to ever get sacked by the Governor General. This would not have been legally or technically possible if Australia were a Republic at that time.

Some may say at the point: why does it matter? Would a Republic of Australia really change anything? My answer is yes – on many levels. For starters, it is a self-evident truth (one which is also enshrined in the UN Charter) that independent and sovereign nations shall possess autonomy and self-determination over their government and leadership. Australia is a first world nation with a robust economy which gives aids to poorer countries. Why has it been so slow to ensure its own government is fully self-determined?

The current system allows an egregious amount of overreach by the British monarchy into Australian affairs. Consider the case of Gough Whitlam. Whitlam was a tremendously popular Australian Prime Minister who came to power in 1972. He opposed the “White Australia policy”; he stated that “draft-dodging was not a crime” and opposed the Vietnam War; and he declared that tertiary (university-level) education should be free for all, and abolished university fees in 1974! 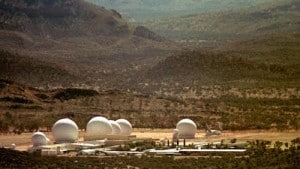 However, Whitlam crossed the elite one too many times with his opposition to the top secret military installation at Pine Gap, run by US secret military agencies. Pine Gap is a very important facility to the elite for many reasons, including spying, signals and surveillance, as well for reasons involving the extraterrestrial presence. As John Pilger documents, Whitlam crossed the path of some very powerful New World Order forces, such as the CIA, who used the constitutional monarchy form of Government against him, by leaning on the Queen and Governor-General John Kerr to force him out of Government:

“Pine Gap’s top-secret messages were de-coded in California by a CIA contractor, TRW. One of the de-coders was a young Christopher Boyce, an idealist who, troubled by the “deception and betrayal of an ally”, became a whistleblower. Boyce revealed that the CIA had infiltrated the Australian political and trade union elite and referred to the Governor-General of Australia, Sir John Kerr, as “our man Kerr”.

In his black top hat and medal-laden mourning suit, Kerr was the embodiment of imperium. He was the Queen of England’s Australian viceroy in a country that still recognised her as head of state. His duties were ceremonial; yet Whitlam – who appointed him – was unaware of or chose to ignore Kerr’s long-standing ties to Anglo-American intelligence …

On 11 November – the day Whitlam was to inform Parliament about the secret CIA presence in Australia – he was summoned by Kerr. Invoking archaic vice-regal “reserve powers”, Kerr sacked the democratically elected prime minister. The problem was solved.”

Australia, like every country on Earth, is still controlled by NWO agents, whether they be from the CIA, MI6 (Military Intelligence 6, the British CIA) or elsewhere. Shortly before Whitlam’s ascent to power, another Australian PM (Harold Holt) mysteriously “disappeared”, allegedly by “drowning”. As FDR once said, nothing in politics happens by chance. It may have been that Holt, on a course to turn Australia into a world energy superpower with nuclear energy, threatened the Rockefeller oil cartel, but to date it remains an unsolved mystery. If you’re interested in exploring it, check out the claims of Gary Simmons, a former Australian Navy clearance diver with a high security rating, who filed an affidavit to the Brisbane Supreme Court that he was involved in the the murder of Holt.

“Royal” Queen Elizabeth, one of the richest people alive, has been deeply implicated in Satanism, paedophilia and murder.

Australia: Time to Cut all Ties with the Royal Satanists

Even average Australians who nothing of behind-the-scene NWO manipulations sense that something is not right about the current constitutional monarchy system. However, when you add into the equation the shocking depravity and criminality of the British Royal family, the issue of whether to create a Republic of Australia becomes completely obvious. Why would Australia want to be politically connected to – and ultimately politically controlled by – a fake “royal” family that came out of Germany, used to be called “Saxe-Coburg” and “Gotha” before hiding its origins behind the name “Windsor”, has engaged in numerous acts of kidnapping and pedophilia, supported Hitler and the Nazis, murdered Diana in an occult ritual, has been behind countless assassinations and wars, and has amassed roughly 1/6th of the entire world’s wealth on the back of slavery, deception and death? The British Royal Family are Satanists with a capital “S”.

Australia – grab this momentum, make your Government more self-determined and get these bloodsucking parasites off your back – for good.