9/11 was an Inside and Outside Job: Remembering the Israel 9/11 Role

9/11 was an Inside and Outside Job: Remembering the Israel 9/11 Role 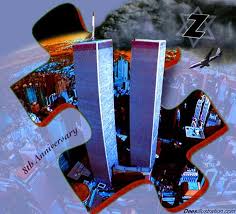 as the 13th anniversary rolls around of the most infamous and nefarious false flag attack ever to occur on American soil. With the exception of the good-hearted but unfortunately gullible American public at large, it seems like many people know that 9/11 was an inside job – from those in the alternative media and truth movement, to many former US politicians, to many foreign politicians. There have been several high profile ex-ministers from Germany, Italy and other countries who have stated it openly and publicly, e.g. former German Defense Minister and Member of Parliament Andreas von Bülow, former President of Italy (1985-1992) and former Prime Minister Francesco Cossiga, who said, “… all the [intelligence services] of America and Europe … now know well that the disastrous attack has been planned and realized by the American CIA and the Mossad with the aid of the Zionist world in order to to falsely incriminate Arabic countries and to persuade the Western Powers to intervene in Iraq and Afghanistan.” Paul Craig Roberts, Assistant Secretary of the Treasury in the Reagan administration, has also stated publicly that the official 9/11 story is a fairytale, and unconfirmed reports surfaced a few months ago that Russian President Putin was getting so tired of Obama’s provocations that he was considering releasing evidence proving once and for all that 9/11 was an inside job.

Make no mistake about it – Israel’s role in 9/11 was massive. Let us recall that Israel is a front for the Rothschilds (using innocent Jewish people as a shield), and functions as their private country. It is very conceivable that the entire operation was planned by the Rothschilds and their Zionist cohorts in Israel. As Mike Rivero points out in the video clip above, quoting Dr. Robert Sungenis:

“Who had control of the military and NORAD to force it to stand down while 4 passenger planes went to their designated targets? Who knew the intricacies of US commercial flights to get around the FAA traffic control? Who had the power if needed to operate planes by remote control? Who had control of the courts in the United States to make sure that no wrongful death claims went to trial? Who had control of disposal so all the steel girders … were shipped to China before they could be chemically analyzed? Who had the power to control the NYPD and the NYFD? Who had the power to allow dozens of suspects to escape to foreign countries, especially Israeli suspects? Who had the technology to bring down steel-girded buildings … ? Who had the advanced computer knowledge to coordinate the attacks? Who had the state-of-the-art knowledge about explosives and detonators? Who had control of the press and media to curtail investigations? Who is most familiar with and has political control over the city of New York …? Who has a history of unprovoked attacks or even false flag operations, some of which have been directed at the United States? Who has a network of spies operating in the United States that can facilitate the attacks? Who has personnel in almost ever sector of the American Federal Government to create a massive coverup? … Who benefits? … Israel had the motive, the power, the money, the influence, the technology, the terrorist history, and most of all, was the only one who benefited from 9/11.”

When you put the puzzle pieces together, it’s quite incredible to realize the scope of Israeli’s role in 9/11:

See the following website for a more extensive analysis:

The Israeli newspaper Ma’ariv reported that Likud leader Benjamin Netanyahu told an audience at Bar Ilan university that 9/11 had been beneficial for Israel. “We are benefiting from one thing, and that is the attack on the Twin Towers and Pentagon, and the American struggle in Iraq,” he was quoted as saying. He reportedly added that these events “swung American public opinion in our favor.” Netanyahu also said of the 9/11 attacks that “it’s very good.”

Very good indeed … for Israel. Death, destruction and terror for anyone else. When it comes to 9/11, it’s well overdue to direct our attention to Israel’s role in 9/11, and the rising Zionist domination of the world in general, if we want to uncover the truth and stand up for peace and freedom. 9/11 was an inside job in the sense that many top US officials were in on it; but 9/11 was also most definitely an outside job in that Israel appears to be the mastermind behind it, and had the necessary scope of power to carry it out, and cover it up.

Previous Article
9/11 13th Anniversary: 13 Questions for the Government
Next Article
Fake ISIS Beheadings: Playing the Public Like a Fiddle