The Psychological Underpinnings of the Global Conspiracy

The Psychological Underpinnings of the Global Conspiracy 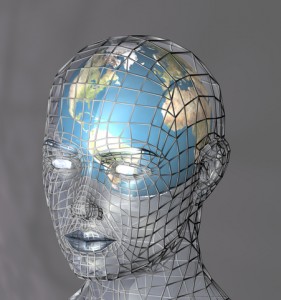 As on the inner plane, so on the outer plane: we create the world with our thoughts. Humanity’s collective psychological wounds have helped unconsciously create the global conspiracy – but by healing our minds, we automatically heal the world.

Conspiracy is becoming a subject that can no longer be denied,

as evidence mounts daily of the sprawling surveillance state, the burgeoning nanny state and the escalating police state. The fascist agenda of the NWO (New World Order) is becoming more overt and well known, as people are being shoved face-to-face with all the increasing aspects of tyranny, from rampant foreclosures to police brutality to indefinite detention of citizens. What is less in-your-face, however, is the cause of the global conspiracy. Why are we facing the struggle of our lives to restore peace and freedom to the world? Why have we produced such fertile conditions for tyranny to thrive? This article takes a look at the psychological causes of the conspiracy– in other words, how our minds have collectively helped foster and create the NWO – and what we can do to reverse it.

As above, so below …

The famous saying attributed to Hermes “as above so below” became a base principle of esoteric traditions including alchemy as well as secret societies including freemasonry. Ultimately it reflects the truth that the Universe is holographic in nature; the macrocosm is the microcosm and the microcosm is the macrocosm; every tiny part reflects the whole. “As above so below” can be extended to also include “as on the inner plane, so on the outer plane”. What transpires in the external world is merely a reflection of what goes on inside our heads, something which spiritual sages and Eastern philosophy have known and taught for millenia, and which quantum physics is just beginning to confirm. Our psychological state of being actually determines what happens in our reality around us.

The spate of dictators in humanity’s recent history (the last 11,500 years or so) is due to a psychological split or schism in the collective ego of mankind. Michael Tsarion, influenced by Velikosky’s work, suggests that this was due to the catastrophes through which our early ancestors suffered. But whatever the reason for it, this psychological split is the real “Fall of Man” the Bible alludes to. Ever since this “Fall of Man” – considered not from the literal Christian perspective, but rather from the symbolic perspective of a time when we collectively lost connection with our inner divinity and power and “fell” from our hearts (the true center and power of our being) into our brains and gut – humanity has endured war after war, conspiracy after conspiracy and tyrant after tyrant.

Almost all of us harbor unresolved emotional wounds, many from childhood, which we carry to this day into our current relationships. These wounds set us up for failure, and in some cases, exploitation. Think of it in terms of electromagnetism or the law of attraction: the victim tends to attract the perpetrator, the suicidal person tends to attract the caregiver, the lazy person attracts the drill sergeant, etc. What you see happen on an individual level in your personal relationships is also happening on a collective level between the Government and the rest of the people. Most people are ripe for psychological exploitation. The NWO controllers, being experts in human psychology and master manipulators, know this perfectly well. They have known it for a long time. Edward Bernays, father of modern day public relations (PR), knew how to mold the mind of the masses. Tyrants in days gone past have always known that it is easier to control someone by playing on their fears, getting them scared and causing them to contract. We don’t think as intelligently or critically when fearful; we don’t feel as strong or powerful either.

Here are 6 primary psychological underpinnings of the conspiracy which support a New World Order-style of tyrannical and authoritarian government.

Psychological Underpinning #1: Tell me what to do

Tell me what to do. I don’t want to think for myself. You say it, I’ll do it. I’m too busy to think about it. I’m too lazy to work it out. Plainly and simply, people want to be ruled. That’s the #1 reason for the existence for the global conspiracy. People may baulk at that and deny it, but actions speak louder than words. People have unquestioning obedience for authority on the inner realm, and this leads to the creation of kings, monarchs and tyrants on the outer realm.

Psychological Underpinning #2: They wouldn’t do that

They wouldn’t do that, would they? They wouldn’t start wars that kill millions to profit and spread fear? They wouldn’t sacrifice 3,000 people on 9/11? Oh yes, they would. At the highest levels, the people who really run the world are part of a global Satanic network. They are devoid of empathy and compassion. They don’t think and act like a normal, heart-connected person would. The average person blind to the conspiracy makes the mistake of assuming the elite would act like them.

We’re only going to stop the conspiracy once we acknowledge to ourselves that it really is happening, once we accept the obvious evidence and stop the mass denial of truth.

The global conspiracy hinges upon suppressing people’s idea of what is possible. If you truly know that everything in existence is Consciousness (or God) made manifest, that we all have inherent divinity, that we are all magnificent creators capable of anything, that this lifetime is just a small stop on an infinite spiritual journey, you’ll be a lot harder to control. If you realize that we already have the technology (free energy) to provide us with cheap or free and unlimited energy to power all of our needs, you won’t buy the argument for nuclear, coal or fracking energy, and you will see through the conspiracy of suppression.

We’re only going to stop being bullied around by stepping out of the incredibly limited, narrow box (belief systems) of mainstream science and religion and by starting to remember that anything – anything – is possible.

Along with the mass denial of truth comes the mass denial of emotion in much of the population. This isn’t by chance; it’s been planned that way. If more of humanity really felt from the heart, or felt at all, there would be way less violence, war and all the glorification that comes with it. Countries like Britain (home of the royal reptilian family) have made it a virtue to “keep a stiff upper lip” and hide your emotion at all cost, telling itself to “keep calm and carry on”. This means stuffing your feelings down. However, you can never eliminate them. They fester and ferment and eventually arise later in your life in an even worse form. Societies and schools are dominated by left-brain logical learning and woefully suppress right-brain creativity and feeling.

Psychologically, when people have not fully felt, dealt with and processed an emotion, they repress it. It goes into the unconscious. Then, people project it out. The NWO controllers are master psychologists and therefore set up society in such a way as to give people plenty of targets, events and other people, onto which the masses can unconsciously project their unprocessed and repressed emotions. You can see this in Orwell’s 1984 with the “Anti-Sex League”. Look at the mind-numbing entertainment we have today. The Controllers give people outlets to project their unresolved emotions, e.g. by persuading people it’s not okay to feel anger against your government, and then providing Hollywood-style violent films for people to release their anger by vicariously sitting through a violent “shoot-em-up”.

We need to stop the emotional repression by learning how to feel again. We all need to do our inner spiritual work (e.g. through psychological therapy), healing old wounds and bringing the shadow side of ourselves to light. In this way, old fears, memories and wounds lose their power over us and can be dissolved.

With more of our shadow side regained, we are less easily exploited.

Psychological Underpinning #5: I am free … aren’t I?

The famous German poet Goethe said that “none are so hopelessly enslaved as those who falsely believe they are free.” People delude themselves all the time that they are free when, in reality, the conspiracy and system of control has them by the balls. Most of us are like hamsters on the wheel; if we stop running, the heavy arm of the law will catch up with us. Psychologically speaking, this is yet more denial. Again, I must stress that you can only become free if you first acknowledge that you are enslaved, so that you may then do something about it.

Psychological Underpinning #6: Who, me? I’m a nobody

This is the saddest one of all: the idea that you are a hopeless, helpless biological machine, a cosmic accident. Our indoctrination system – sorry, our education system – likes to have everything standardized and uniform, but this has the effect of churning out robots, or cogs in the machine, or as Pink Floyd put it, “just another brick in the wall.”

Nothing could be further from the truth. We are all infinitely powerful beings who have forgotten are abilities. One person can change the world; just look at Gandhi or Nelson Mandela. Every single person is a unique, wondrous creation whose thoughts, voice and actions spread out and influence everyone.

We need to wholeheartedly reject the idea that we are powerless and can’t do anything to change the world. The conspiracy only thrives because we have been deceived into downplaying our potential.

The psychological underpinnings of the global conspiracy are not well understood, but it’s a crucial area with which to familiarize yourself, because it returns the power to We the People – to you – and allows you the chance to do your own work to end the conspiracy and restore peace and freedom to the world.

Visit ToolsForFreedom.com for cutting-edge freedom resources, and a fuller exposure of the global conspiracy.