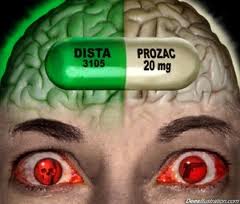 Psychiatric drugs are provably linked to violence and mass shootings. They are being used as weaponized medication to bring in the NWO (New World Order).

The mainstream media, sponsored by Big Pharma, has tried hard to hide the connection, because once the truth becomes widely known, not only will the pharmaceutical industry lose billions in profit, but they may even face class action lawsuits – which would put their directors and executives behind bars. The Big Pharma CEOs know full well the horrific side effects of the dangerous psychotropic concoctions they market as “drugs” (Natural Society published this article detailing 80,000 coverups, which is just a drop in the ocean of the real number of those injured). Big Pharma CEOs are criminals, more interested in profit than people, and they are contributing to mass murder by pushing their pills onto the public. They are marketing madness; they are making a killing and transforming the population, especially the younger generation, into zombies whose emotions and personality has been ripped away.

The link between violence (especially gun murder) and pharmaceutical drugs has been well established. A great source of evidence is the website www.ssristories.com, which contains a long list of documented instances where hundreds of people have been wounded or killed by gunshot at the hands of someone who was under the influence of SSRI antidepressant psychiatric medication – Prozac, Celexa, Paxil and Zoloft being the most common. The list (which is not exhaustive) shows that psychiatric drugs are not only connected to gun violence – they have also been implicated in numerous instances of knife attacks, bomb threats, bizarre behavior, assault and hitting victims with a car. According to CCHR, between 2004 and 2011, there have been more than 11,000 reports placed via the U.S. FDA’s MedWatch system of psychiatric drug side effects related to violence, including 300 cases of homicide, close to 3,000 cases of mania and more than 7,000 cases of aggression. There is evidence that psychiatric drugs were involved in the all of the mass shootings at Columbine (1999), Virginia (2007), Aurora (2012) and Sandy Hook (2012).

Psychiatric Drugs are Part of a Grander Conspiracy

Inducing violence is just the tip of the iceberg. We are facing a giant conspiracy here. It’s more than just a conspiracy to make profit; it’s a conspiracy to disarm the public through gun control, a conspiracy to destroy people’s minds and identities through obliterating their personalities with psychotropic and psychiatric drugs, and, ultimately, a conspiracy to conduct mass murder with impunity. It’s the NWO (New World Order) scheme of dumbing down the masses and weakening the common man so the Controllers have no opposition in implementing their agenda of a global dictatorship.

This phenomenon is not new. It’s been a long time coming. In 1932 NWO insider and eugenicist Aldous Huxley wrote his famous novel “Brave New World”, in which he painted a picture of society where the masses were controlled through drugs (such as “soma”) which stimulated their pleasure centers and made them docile. In this dystopian future, the rulers of society had introduced a scientific dictatorship, working hand-in-hand with the pharmaceutical conglomerate (just as Hitler and the Nazis did with I.G. Farben in WWII) to weaponize medication and use it to destroy, rather than heal, the population.

Beware of psychiatric drugs. Not only can they induce violence, but they can destroy your soul and leave you numb, empty, devoid of passion and without a personality. If you are on them or know someone who is, get informed about the truth of what they are doing to your body and mind, and seek help to find the best way to come off them.