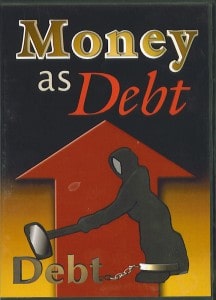 A proposed new EU law will let banks steal from customers a la Cyprus. Banks will legally be allowed to take money from depositors’ accounts to repay debts!

as it is, by charging interest on something that was never theirs to begin with – the money they “lend” out for a loan. In truth, that money gets created at the time of the “loan” and added into the existing money supply … but the bank still collects interest on it. Fraud and theft are thus inherently inbuilt into the current banking system, and banks have a monopoly on money creation. Banks steal from customers just by operating under their normal business conditions!

The audacity of the banksters’ thievery in Cyprus

This makes it all the more worse when we see such blatant thievery as occurred in Cyprus earlier this year (in March 2013), when the Cyprian banks actually has the audacity to permanently abscond with their depositors’ money without any qualms. They just took it straight out the depositors’ accounts. Poof! There it goes, and you have no recourse. It’s your “fault” for storing your savings in a bank that had debts and creditors calling them in.

Why should depositors pay for the gambling (sorry, investment) of rich bankers, too busy at the Wall Street casino playing roulette with people’s retirements and lifetime savings? It was outrageous. It was a real line in the sand. It was theft in broad daylight. The people of Cyprus responded angrily; one guy even drove his bulldozer up to the banks’ doors!

As like many things with the New World Order, we see new schemes constantly get rolled out, while the elite social engineers watch and see how it goes. If there is little resistance, they quickly push ahead with their agenda; if there is a lot of resistance, they reformulate and wait for a better time. The Cyprian looting by banks must have gone over relatively well, because as The Slog reports, European Union leaders recently proposed a bill to let banks steal from their customers on a more permanent and legal basis. It’s more convenient that way! 🙂

We live in a global community, and whatever happens in Europe may easily occur to America and elsewhere. This is a big deal, because it means your money many never be entirely safe wherever you store it electronically. The mattress may be safer after all! This new proposed “bailin” (as opposed to a “bailout”) law is tied in with the repeal of the Glass Steagall act, which resulted in the subprime mortgage/derivatives scandals and crashes. There was a good reason for Glass Steagal: it kept commercial banks and investment/securities banks separate. It just goes to show that the international banking cartel still wields tremendous power throughout the world, and constitutes an invisible government behind the scenes.